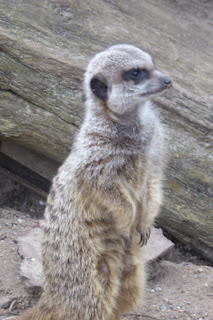 Greetings! From a very wiped out, snoozy, foggy brained me! So hopefully I can make it through this post without dropping off, or making too many silly mistakes - my apologies if any sneak through!

At least I have good bookish news to bring you this week as I've managed to finish 5 books! Reading multiple books has its' advantages at times! There's also been some bookpost and some netgalley approvals sneaked in - to be fair I'd forgotten all about them!! So while I clear the TBR pile a little on one hand........ it's never ending isn't it haha!!

THE FOUNDLING by STACEY HALLS -  4 STARS

A GIFT IN DECEMBER by JENNY BLACKWELL - 4 STARS

THE MISSING LETTERS OF MRS BRIGHT by BETH MILLER - 4 STARS

BOOKHAUL
Time to start at Netgalley...

The bride ‧ The plus one ‧ The best man ‧ The wedding planner ‧ The bridesmaid ‧ The body
On an island off the coast of Ireland, guests gather to celebrate two people joining their lives together as one. The groom: handsome and charming, a rising television star. The bride: smart and ambitious, a magazine publisher. It’s a wedding for a magazine, or for a celebrity: the designer dress, the remote location, the luxe party favors, the boutique whiskey. The cell phone service may be spotty and the waves may be rough, but every detail has been expertly planned and will be expertly executed.
But perfection is for plans, and people are all too human. As the champagne is popped and the festivities begin, resentments and petty jealousies begin to mingle with the reminiscences and well wishes. The groomsmen begin the drinking game from their school days. The bridesmaid not-so-accidentally ruins her dress. The bride’s oldest (male) friend gives an uncomfortably caring toast.
And then someone turns up dead. Who didn’t wish the happy couple well? And perhaps more important, why?
THE FORGOTTEN GIRLS by LIZZIE PAGE
out February 2020

Two women from very different times, linked by a single, powerful photograph of two lost little girls. A moving tale of love and the power of hope in war’s darkest moments, inspired by an incredible true story.London, 1943. Elaine Parker works as a clerical assistant for the government, transcribing letters from POWs in the hope of finding secret messages to help the war effort. Danger is all around, but dancing and revelry go on behind blackout curtains each night. One evening, Elaine meets famous war photographer Robert Capa and is immediately drawn to him and the haunting photos he takes. Their connection feels so strong, but Bobby's work is risky, and Elaine has growing troubles of her own at home… while her country is gripped by war, can she afford the price she is being asked to pay for happiness?Present day. Even the kiss of warm sunshine and the musical call of birds at her family’s countryside villa can’t make forty-four-year-old Jen forget the doomed marriage she’s left behind. That is, until her brother begins to investigate the origins of a tattered family photograph: two sweet little girls gazing out across a sparkling bay, their eyes clear and hopeful – looking for all the world as if they hadn’t witnessed the most terrible war to ever touch England. What is the story behind the picture, and could it finally be the key to mending the cracks in Jen’s own past?


THE YEAR WITHOUT SUMMER by GUINEVERE GLASFORD
out February 2020

In 1815, a supervolcanic eruption led to the extraordinary 'Year Without Summer' in 1816: a massive climate disruption causing famine, poverty and riots. Lives, both ordinary and privileged, changed forever.

1815, Sumbawa Island, Indonesia
Mount Tambora explodes in a cataclysmic eruption, killing thousands. Sent to investigate, ship surgeon Henry Hogg can barely believe his eyes. Once a paradise, the island is now solid ash, the surrounding sea turned to stone. But worse is yet to come: as the ash cloud rises and covers the sun, the seasons will fail.
1816.
In Switzerland, Mary Shelley finds dark inspiration. Confined inside by the unseasonable weather, thousands of famine refugees stream past her door. In Vermont, preacher Charles Whitlock begs his followers to keep faith as drought dries their wells and their livestock starve. In Britain, the ambitious and lovesick painter John Constable struggles to reconcile the idyllic England he paints with the misery that surrounds him. In the Fens, farm labourer Sarah Hobbs has had enough of going hungry while the farmers flaunt their wealth. And Hope Peter, returned from Napoleonic war, finds his family home demolished and a fence gone up in its place. He flees to London, where he falls in with a group of revolutionaries who speak of a better life, whatever the cost. As desperation sets in, Britain becomes racked with riots - rebellion is in the air.
The Year Without Summer is the story of the books written, the art made; of the journeys taken, of the love longed for and the lives lost during that fateful year. Six separate lives, connected only by an event many thousands of miles away. Few had heard of Tambora - but none could escape its effects.
DEAR EDWARD by ANN NAPOLITANO
copy sent from publisher for review
out February 2020

A heart-wrenching, life-affirming novel about a 12-year-old boy who is the sole survivor of a deadly plane crash

One summer morning, a flight takes off from New York to Los Angeles. There are 216 passengers aboard: among them a Wall Street millionaire; a young woman taking a pregnancy test in the airplane toilet; a soldier returning from Afghanistan; and two beleaguered parents moving across the country with their adolescent sons. When the plane suddenly crashes in a field in Colorado, the younger of these boys, 12-year-old Edward Adler, is the sole survivor.

Dear Edward recounts the stories of the passengers aboard that flight as it hurtles toward its fateful end, and depicts Edward's life in the crash's aftermath as he tries to make sense of the loss of his family, the strangeness of his sudden fame, and the meaning of his survival. As Edward comes of age against the backdrop of sudden tragedy, he must confront one of life's most profound questions: how do we make the most of the time we are given?’
ONCE, TWICE, THREE TIMES AN AISLING by EMER McLYSAGHT, SARAH BREEN
sent via Nudge Books as my January subscription book

Once, Twice, Three Times an AislingThe third book in Emer McLysaght and Sarah Breen’s phenomenally successful, No. 1 bestselling Complete Aisling book series.Aisling’s turning 30, and she’s still a complete Aisling.Business is booming at her café BallyGoBrunch, her best friend Majella is expecting the hen of the century, while Aisling is in the throes of a fling with the handsome and mannerly blow-in James Matthews. Life is all go.When the big birthday hits, Aisling is faced with a huge surprise and an unexpected decision.Throw in a hapless wedding planner, a mysterious American visitor, the unexpected return of her brother Paul, not to mention her ex John’s face around every corner, and Aisling’s got an awful lot on her plate.When doubts, worries and an unfortunate clash threaten to get the better of her, Aisling needs to dig deep to see if she has enough strength and inspirational quotes to make it through.