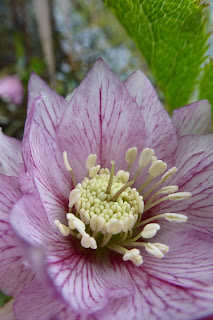 Hello all! And welcome back to the weekend! Been a fairly quiet week for me, although keep hearing sad news so I'm already looking forward to seeing the back of January! I hate New Year!

On to books, and I've only managed to finish 1 book off this week which is a bit of a slow down for me! I've spent more evenings doing xstitch than reading this past week so that's cut down my reading time, but seeing as I've just downloaded a new 50 page xstitch chart, I need to find ways to fit more stitching time into my day! I really should find less time consuming hobbies!

And remember me saying I was going to spend less time at Netgalley.... 3 new additions over there this week! I fail!! I'll try to do better next week..... honest!

THE UNSPOKEN NAME by A.K.LARKWOOD - 4 STARS

A spellbinding novel of a young doctor's wife, Isabel Aird, struggling to make her childless life meaningful, unaware that the sinister Robert Kirke is watching her every move, by the Sunday Times bestselling author Sally Magnusson.
Loch Katrine waterworks, 1856. A Highland wilderness fast becoming an industrial wasteland. No place for a lady.
But Isabel Aird, denied the motherhood role society expects of her by a succession of miscarriages, is comforted by a place where she can feel the presence of her lost children and begin to work out what her life is for.
No matter that the hills echo with the gunpowder blasts of men tunnelling day and night to bring fresh water to diseased Glasgow thirty miles away - digging so deep that there are those who worry they are disturbing the land of faery itself.
New life is quickening within her again. While her husband is engaged with the medical emergencies of the construction site, Isabel can only wait.
But someone else is waiting too. The man in the dark coat, watching for the right moment with a huntsman's eye . . .
By turns spellbinding and heart-pounding, The Ninth Child is set at a pivotal time in the Victorian era, when engineering innovation and new ideas flourished but women did not. Through the dual lens of history and folklore it captures a woman's struggle to make her life matter, and a compromised man's struggle with himself.

Hilarious, poignant, and utterly relatable, Confessions of a Forty-Something F### Up is a must-read for anyone whose life isn't working out quite how they'd planned.
Nell Stevens' life is a mess.
Until recently she's been living in America with Ethan, her fiancé. But when her bookshop-cum-café goes bust - along with her relationship and all her savings - she moves back to London to start over.
But a lot has changed since she's been gone. All her single friends are happily married with children and with rents sky-high she's forced to rent a room while she looks for a job.
Left out of the mummy club, Nell feels left behind, she misses her friends. When an old work contact gets her a job writing obituaries, she meets Cricket, an eighty-something widow who never had kids and they strike up an unlikely friendship.
Whereas Nell's friends are all busy with their families, all Cricket's friends are dying off. They help each other cope with the loss of their old lives and navigate towards new ones with optimism, poignancy and humour. Everyone has a path to their perfect life. It's knowing when to take the right turn.
Instantly relatable in an Instagram-perfect world, Confessions of a Forty Something F### Up is for women of any age who wonders why life isn't working out quite how she imagined.

Paris, 1939. Odile Souchet is obsessed with books and the Dewey Decimal System, which makes order out of chaos. She soon has it all – a handsome police officer beau, an English best friend, a beloved twin, and a job at the American Library in Paris, a thriving community of students, writers, diplomats, and book lovers. Yet when war is declared, there's also a war on words.Montana, 1983. Widowed and alone, Odile suffers the solitary confinement of small-town life. Though most adults are cowed by her, the neighbor girl will not let her be. Lily, a lonely teenager yearning to break free of Froid is obsessed by the older French woman who lives next door and wants to know her secrets.As the two become friends, Odile sees herself in Lily – the same love of language, the same longings, the same lethal jealousy. The Paris Library’s dual narratives explore the relationships that make us who we are – family and friends, first loves and favorite authors – in the fairy tale setting of the City of Light. It also explores the geography of resentment, the consequences of unspeakable betrayal, and what happens when the people we count on for understanding and protection fail us.The wit, empathy, and deep research that brings The Paris Library to life also brings to light a cast of lively historical characters and a little-known chapter of World War II history: the story of the American librarian, Miss Reeder, who created the Soldiers’ Service to deliver books to servicemen, and who later faced the Nazi ‘Book Protector’ in order to keep her library open. She and her colleagues defied the Bibliotheksschutz by delivering books to Jewish readers after they were forbidden from entering the library.

Extremely chuffed to have received a proof of this from the publicist this week! 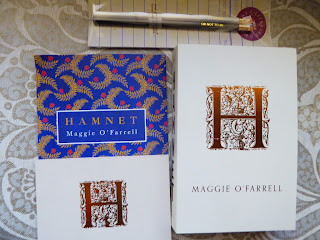 Drawing on Maggie O'Farrell's long-term fascination with the little-known story behind Shakespeare's most enigmatic play, HAMNET is a luminous portrait of a marriage, at its heart the loss of a beloved child.Warwickshire in the 1580s. Agnes is a woman as feared as she is sought after for her unusual gifts. She settles with her husband in Henley street, Stratford, and has three children: a daughter, Susanna, and then twins, Hamnet and Judith. The boy, Hamnet, dies in 1596, aged eleven. Four years or so later, the husband writes a play called Hamlet.Award-winning author Maggie O'Farrell's new novel breathes full-blooded life into the story of a loss usually consigned to literary footnotes, and provides an unforgettable vindication of Agnes, a woman intriguingly absent from history. 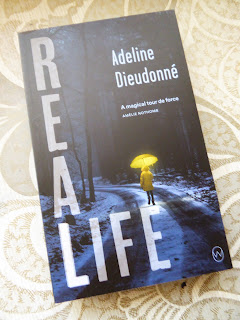 A fierce and poetic debut on surviving the wilderness of family lifeAt home there are four rooms: one for her, one for her brother, one for her parents…and one for the carcasses. The father is a big game hunter, a powerful predator; the mother is submissive to her violent husband’s demands. The young narrator spends the days with her brother, playing in the shells of cars dumped for scrap and listening out for the chimes of the ice-cream truck, until a brutal accident shatters their world. The uncompromising pen of Adeline Dieudonné wields flashes of brilliance as she brings her characters to life in a world that is both dark and sensual. This breathtaking debut is a sharp and funny coming-of-age tale in which reality and illusion collide.