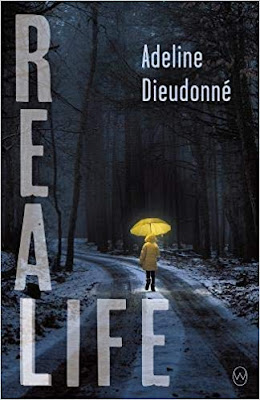 Delighted to be able to share my review on the Blog Tour for REAL LIFE by ADELINE DIEUDONNE today - my thanks to the author, publisher and Anne of Random Things Tours for putting the tour together and letting me be part of it all!

The French surprise publishing sensation: the multiple award-winning debut that sold over 100,000 copies in its first month

A Lord of the Flies for the #MeToo generation

At home there are four rooms: one for her, one for her brother, one for her parents … and one for the carcasses. The father is a big game hunter, a powerful predator; the mother is submissive to her violent husband’s demands. The young narrator spends the days with her brother, Sam, playing in the shells of cars dumped for scrap and listening out for the chimes of the ice-cream truck, until a brutal accident shatters their world.

The uncompromising pen of Adeline Dieudonné wields flashes of brilliance as she brings her characters to life in a world that is both dark and sensual. This breathtaking debut is a sharp and funny coming-of-age tale in which reality and illusion collide.

‘A magnificent heroine of freedom and intelligence’ Le Figaro 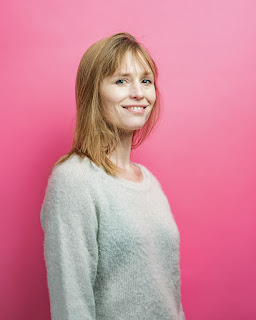 ADELINE DIEUDONNÉ was born in 1982 and lives in Brussels. A playwright and short-story writer, her first novella, Amarula, was awarded the Grand Prix of the Fédération Wallonie-Bruxelles. Two further booklets were published by Editions Lamiroy in 2017: Seule dans le noir and Bonobo Moussaka. Real Life was recently awarded the prestigious Prix du Roman FNAC, the Prix Rossel, the Prix Renaudot des Lycéens, and the Prix Filigrane, a French prize for a work of high literary quality with wide appeal. Dieudonné also performs as a stand-up comedian.

ROLAND GLASSER is an award-winning translator of French literature, based in London

A book to horrify and haunt you as a reader, but one that I found to be disturbingly gripping, and in the narrator there's a voice that needs to be heard, and her story is one that is brave and shocks in equal measures.

This is a story of domestic abuse and the toll it plays on those involved - the  mother who is absent for her children - she cared more for her goats it seemed - just looking to save herself, and is just waiting for the next beating when her husband is in a bad mood. And the children who watch on thinking that this life is normal. Except the narrator who knows she has to look out for herself and her younger brother so they spend so much time on their own, playing in the woods while she dreams and plans to get them away from this life.  Her imagination is what keeps her going.

But even their lives change for the worst when they are witness to a shocking incident with the ice-cream man, and her little brother is permanently scarred by what he sees.  It's heartbreaking to see him retreat even more into himself and the scary path she watches him start to take - which is why she wants to speed up their getaway.

This book is very brutal and doesn't make for easy reading at all with the topics involved, so I understand it won't be for everyone. But I found myself totally transfixed by the story of these children and the fact that the adults in their life were letting them both down.  They were all living their lives in fear as they knew that the smallest thing could set their father off.  There was no escape. Real life for them was horrific.

We see the children over a few years, and watch as their life plays out and it was tragic to see how this 'life' was just accepted by them - it was how they survived.  There was no way out, resistance was futile so it just felt safer to them to keep out of their fathers' way and just let things be, hoping that they could keep on his good side.  The brothers' story especially was the most tragic for me - how all he saw as a young child  framed his mind and formed how he behaved.  Sometimes children know no different so they seek an escape in whatever way they see fit, and if you're surrounded by horrific sights then it must be easier to accept that this maybe the norm, despite the best intentions of others around to set you on the right path.

A really powerful and absorbing story told from the viewpoint of a vunerable but courageous girl, and one I'm very glad to have read. 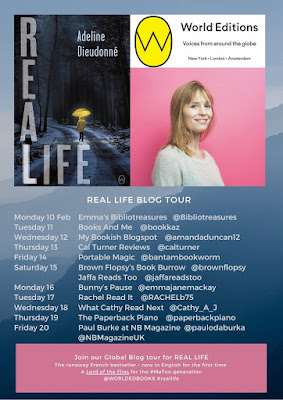