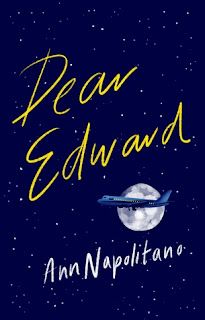 A heart-wrenching, life-affirming novel about a 12-year-old boy who is the sole survivor of a deadly plane crashOne summer morning, a flight takes off from New York to Los Angeles. There are 187 passengers aboard: among them a Wall Street millionaire; a young woman taking a pregnancy test in the airplane toilet; a soldier returning from Afghanistan; and two beleaguered parents moving across the country with their adolescent sons. When the plane suddenly crashes in a field in Colorado, the younger of these boys, 12-year-old Edward Adler, is the sole survivor.Dear Edward recounts the stories of the passengers aboard that flight as it hurtles toward its fateful end, and depicts Edward's life in the crash's aftermath as he tries to make sense of the loss of his family, the strangeness of his sudden fame, and the meaning of his survival. As Edward comes of age against the backdrop of sudden tragedy, he must confront one of life's most profound questions: how do we make the most of the time we are given?’

An exquisite story about an extraordinary little boy who is dealing with being the only survivor on a plane crash that killed 191 others, including his mum, dad and brother. Just how do you pick yourself up aged 12 after something so tragic, and how do you make sense of a world around you that sees you as a miracle child.

The story is told in the present and past - we see the story unfold as everyone boards the plane and we get to know the other passengers as everyone goes about their business as normal. There's those hiding secrets, those moving on to new lives - nothing really out of the ordinary, especially with Edward and his family who are heading to Los Angeles, and the bond between them all is clear for all to see. Which makes it even more heartbreaking when we read the 'now' story with Edward having to deal with now living with his Aunt and Uncle in a new town, and being the focus of media attention from around the world. He finds comfort in the next door neighbours - Besa and her daughter Shay - and with them he finds peace and feels safe. His life is still pretty traumatic as he is losing weight as the survivor guilt seems to have left him unable to stomach many foods and reading about his struggle is often heartbreaking. You just want to dive in the pages and give him a big hug!

As time goes by he speaks to a therapist and begins to find ways of accepting what happened and I love seeing his journey , especially the role that Shay plays in his life. She compares his journey to that of Harry Potter and the bond between them is very sweet. And as the drama plays out on the plane journey before the crash, it just shows how quickly life can change.