#CoverReveal THE WALLS WE BUILD by JULES HAYES @rararesources

Delighted to be joining in with the cover reveal today for THE WALLS WE BUILD by JULES HAYES.  My thanks to the author, publisher and Rachel of  Rachel's Random Resources for letting me be part of it all! Looking forward to sharing my thoughts on the book too on the Blog Tour next month, so watch out for that!!

The Walls We Build

Growing up together around Winston Churchill’s estate in Westerham, Kent, Frank, Florence and Hilda are inseparable. But as WW2 casts its menacing shadow, friendships between the three grow complex, and Frank – now employed as Churchill’s bricklayer – makes choices that will haunt him beyond the grave, impacting his grandson’s life too.

Shortly after Frank's death in 2002 Florence writes to Richard, Frank’s grandson, hinting at the darkness hidden within his family. On investigation, disturbing secrets come to light, including a pivotal encounter between Frank and Churchill during the war and the existence of a mysterious relative in a psychiatric hospital.

How much more does Florence dare reveal about Frank – and herself – and is Richard ready to hear? 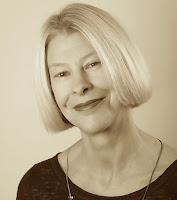 
Jules Hayes lives in Berkshire with her husband, daughter and a dog. She has a degree in modern history and holds a particular interest in events and characters from the early 20th century. As a former physiotherapist and trainer – old habits die hard – when not writing Jules likes to run. She also loves to watch films, read good novels and is a voracious consumer of non-fiction too, particularly biographies.

Jules is currently working on her second historical novel, another dual timeline story. 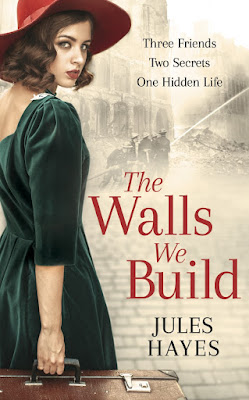