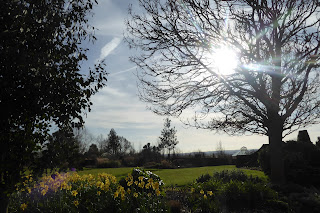 Hello!! Welcome to the weekend - and if you're in the UK - another storm is hitting our shores! What fun!!  Stay safe peeps!

It's been a fairly ok bookish week here - a couple of books finished, while I've also been doing some manuscript reading for Choc Lit! And there has been bookpost!! Always makes the week worthwhile with some additions to the TBR pile of doom!!!

WHERE THE CRAWDADS SING by DELIA OWENS - 3 STARS

THE COTTAGE ON WILDFLOWER LAVE by LIZ DAVIES - 4 STARS

We shall start at Netgalley where 1 title caught my eye...

The electrifying new novel from the Man Booker-shortlisted author of Everything UnderAfter a serious case of school bullying becomes too much to bear, sisters July and September move across the country with their mother to a long-abandoned family home.In their new and unsettling surroundings, July finds that the deep bond she has always had with September – a closeness that not even their mother is allowed to penetrate – is starting to change in ways she cannot entirely understand.Inside the house the tension among the three women builds, while outside the sisters meet a boy who tests the limits of their shared experiences.With its roots in psychological horror, Sisters is a taut, powerful and deeply moving account of sibling love that cements Daisy Johnson's place as one of the most inventive and exciting young writers at work today.

Gone Girl meets Room in this page-turning thriller from one of Germany's hottest new talentsA windowless shack in the woods. Lena's life and that of her two children follows the rules set by their captor, the father: Meals, bathroom visits, study time are strictly scheduled and meticulously observed. He protects his family from the dangers lurking in the outside world and makes sure that his children will always have a mother to look after them.One day Lena manages to flee - but the nightmare continues. It seems as if her tormentor wants to get back what belongs to him. And then there is the question whether she really is the woman called 'Lena', who disappeared without a trace 14 years ago. The police and Lena's family are all desperately trying to piece together a puzzle which doesn't quite seem to fit


HIGHFIRE by EOIN COLFER
won a copy via a Twitter giveaway

From the internationally bestselling author of the Artemis Fowl series: Eoin Colfer's first adult fantasy novel is a hilarious, high-octane adventure about a vodka-drinking, Flashdance-loving dragon who's been hiding out from the world - and potential torch-carrying mobs - in a Louisiana bayou . . . until his peaceful world's turned upside down by a well-intentioned but wild Cajun tearaway and the crooked (and heavily armed) law officer who wants him dead.Squib Moreau may be swamp-wild, but his intentions are (generally) good: he really wants to be a supportive son to his hard-working momma Elodie. But sometimes life gets in the way - like when Fake Daddy walked out on them leaving a ton of debt, or when crooked Constable Regence Hooke got to thinking pretty Elodie Moreau was just the gal for him...An apprenticeship with the local moonshine runner, servicing the bayou, looks like the only way to pay off the family debts and maybe get Squib and his momma a place in town, far from Constable Hooke's unwanted courtship and Fake Daddy's reputation.Unfortunately for Squib, Hooke has his own eye on that very same stretch of bayou - and neither of them have taken into account the fire-breathing dragon hiding out in the Louisiana swamp...For Squib Moreau, Regence Hooke and Vern, aka Lord Highfire of Highfire Eyrie, life is never going to be the same again.


THE BOOK OF KOLI by M.R.CAREY
sent a copy for review

The first in a gripping new trilogy, The Book of Koli charts the journey of one unforgettable young boy struggling to find his place in a chilling post-apocalyptic world. Perfect for readers of Station Eleven and Annihilation.
Beyond the walls of the small village of Mythen Rood lies an unrecognizable world. A world where overgrown forests are filled with choker trees and deadly vines and seeds that will kill you where you stand. And if they don't get you, one of the dangerous shunned men will.Koli has lived in Mythen Rood his entire life. He knows the first rule of survival is that you don't venture beyond the walls.What he doesn't know is -- what happens when you aren't given a choice?


Two Pigeonhole reads for me at the moment....


THE MEMORY WOOD by SAM LLOYD