Delighted to be able to share a guest post today from the lovely VICTORIA CORNWALL on publication day for DANIEL'S DAUGHTER! Go buy your copy now!! Links below! 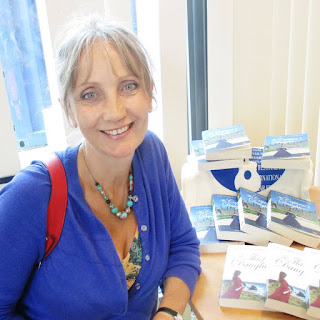 
In each of the novels in my Cornish Tales series, I have tried to bring alive something of Cornwall, whether it is its smuggling history, the class divide on the grand estates, ancient traditions, myths and legends, or characters with the Cornish pragmatic sense of humour and wit. As a backdrop to each tale, I have used Cornwall’s unique landscape, whether it’s formed from nature’s beauty or its industrial past. In Daniel’s Daughter clay mining forms the backdrop to the events that play out and the hurdles the characters face as they strive for happiness.

Why clay I hear you ask? I must admit, clay would not inspire me to pick up an historical romance, so why should it for any other reader? Let me try to explain why I used this part of Cornwall’s history as a backdrop … 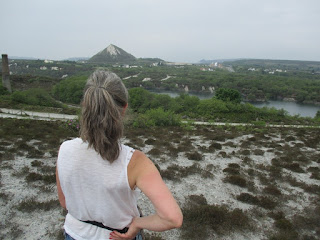 As a child growing up in Cornwall, I gave little thought to why one of our local cinemas was called White River. I also did not fully appreciate the history behind the triangular white hills and artificially bright turquoise lakes which I could see from my car window when I travelled to the south coast. They are all linked to the production of clay. It was only when I became an adult I discovered the significant role Cornwall played in the china clay industry … so significant that the clay produced was nicknamed ‘White Gold’. The industry expanded at an alarming rate and employed vast numbers of people. It would take a certain type of man to keep his business competitive in the cut-throat world that emerged. It would take a man like Talek Danning, the troubled hero in Daniel’s Daughter. However Talek’s world is a very different world to the one Grace Kellow, the heroine, grew up in, which is the untamed, natural beauty of Bodmin Moor. When Grace discovers the terrible family secret, she flees her home and finds herself in Talek’s world which is so alien to her. Each landscape reflects the main characters’ traits, one industrious, serious and cut-throat, the other wild, beautiful and open. These two opposite characters are brought together, and the story of their time together begins to unfold ...


Today mid Cornwall is very different. Time has moved on and many of those peaks of clay spoil, nicknamed the Cornish Alps, have been camouflaged by re-sculpting and the growth of vegetation to attempt to blend the manmade hills into the landscape. However, if you look carefully you can still see them reaching for the sky, now silent witnesses to Cornwall’s industrial past.
Although this part of Cornwall’s history plays a significant role in the tale, Daniel’s Daughter is more about truth … discovering it, facing it, learning from it, accepting it. And it is also about the damage that can be done to trust and loyalty, when telling or hearing the truth becomes a problem.
Although there is still clay mining undertaken in Cornwall, it is now on a lesser scale. Today mid Cornwall is threaded with a network of paths, named the Clay Trails, where walkers, cyclists and horse riders can explore the manmade landscape, which now happily sits alongside the natural one (https://www.claytrails.co.uk/). 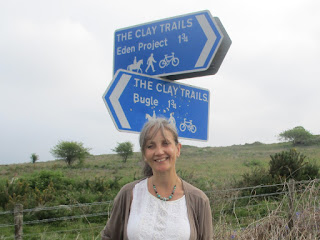 So if you ever find yourself in Cornwall, consider walking one of the many Clay Trail routes. I have walked some of them and it could be said that it is where Talek Danning’s character first made himself known to me. Did their characters live happily side by side as the two differing landscapes do today? You will just have to read Daniel’s Daughter to find out. 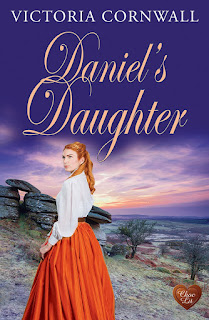 Grace Kellow is a young woman with a strong sense of who she is and where she comes from. As the daughter of a well-respected Cornish dairy owner Daniel Kellow, her existence in the village of Trehale is comfortable and peaceful.

But then handsome Talek Danning comes striding over Hel Tor, and soon after his arrival Grace is hit with a revelation that leaves her questioning her identity and her place in the Trehale community.In her hour of need, Talek and his sister Amelia offer Grace sanctuary but wherever Grace runs, her secret will follow …


Victoria Cornwall grew up on a farm in Cornwall and can trace her Cornish roots as far back as the 18th century. It is this background and heritage which is the inspiration for her Cornish based novels.

Victoria is married and has two grown up children. She likes to read and write historical fiction with a strong background story, but at its heart is the unmistakable emotion, even pain, of loving someone.

She is a member of the Romantic Novelists' Association.