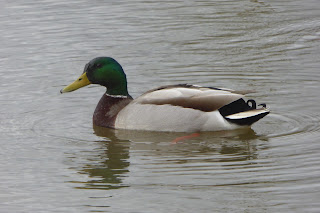 Hello! It's currently very good weather for ducks so I'm indoors catching up on all things bookish! Hope you're well and keeping safe from the C word?!   I've been bulk buying some books.... just in case! We have our perfect excuse now so I think it's right that we take advantage!!

And on the book front I've been good this week and, despite still reading Mirror and Light, I've managed to finish 3 other books BUT I may have added 5 newbies from Netgalley and had 2 books in the post - 1 I bought, 1 I won!

MARY TOFT; OR THE RABBIT QUEEN by DEXTER PALMER
out 7th May 2020

A stunning, powerfully evocative new novel based on a true story - in 1726 in the small town of Godalming, England, a young woman confounds the medical community by giving birth to dead rabbits.
Surgeon John Howard is a rational man. His apprentice Zachary knows John is reluctant to believe anything that purports to exist outside the realm of logic. But even John cannot explain how or why Mary Toft, the wife of a local farmer, manages to give birth to a dead rabbit. When this singular event becomes a regular occurrence, John realizes that nothing in his experience as a village physician has prepared him to deal with a situation as disturbing as this. He writes to several preeminent surgeons in London, three of whom quickly arrive in the small town of Godalming ready to observe and opine.
When Mary's plight reaches the attention of King George, Mary and her doctors are summoned to London, where Zachary experiences for the first time a world apart from his small-town existence, and is exposed to some of the darkest corners of the human soul. All the while, Mary lies in bed, waiting for another birth, as doubts begin to blossom among the surgeons and a growing group of onlookers grow impatient for another miracle .

THE SMALLEST MAN by FRANCIS QUINN
out October 2020

The smallest man. The biggest heart. The mightiest story.
A compelling story perfect for fans of The Doll Factory and The Familiars.Nat Davy longs to grow tall and strong and be like other boys, but at the age of ten, he’s confronted with the truth; he’s different, and the day when the stares and whispers stop is never going to come. Narrowly escaping life in a freak show, he’s plucked from his family and presented as a gift to the new young queen of England – a human pet to add to her menagerie of dogs and monkeys. But when Nat realises she’s as lost and lonely as he is, the two misfits begin an unlikely friendship – one that takes him on an unforgettable journey, as England slides into the civil war that will tear it apart and ultimately lead the people to kill their king.Inspired by a true story, and spanning two decades that changed England for ever, The Smallest Man is narrated by an irrepressible hero with his own unique perspective on life. His story is about being different, but not letting it hold you back. About being brave enough to take a chance, even if the odds aren’t good. And about how, when everything else is falling apart, true friendship holds people together.

THE PRISONER'S WIFE by MAGGIE BROOKES
out April 2020

1944, Czechoslovakia. In the dead of night a farm girl and a British soldier creep through abandoned villages.
They were never meant to meet, let alone fall in love. But when Prisoner of War Bill is brought to work on Izabela’s family farm, their chemistry is inescapable. Before they can be torn apart forever, they marry in secret and go on the run. Their only hope for safety is to reach Izabela’s father and brother who are fighting deep in the countryside as partisans. But when their luck runs out, they are delivered straight into the hands of the enemy: the Nazis.
Still refusing to separate, they have prepared for this moment. Izabela’s hair has been shorn and she wears men’s clothing, posing as an escaped and mute British soldier.
The secret lovers are transported to a Nazi POW camp deep in German territory, and if Izabela is discovered, a fate far worse than death awaits both her and Bill. It will require the help of their fellow POWs to maintain their deception, and all their love, devotion and strength to withstand the trials to come. Because should they fail, Izabela and Bill will have put far more than just themselves in danger…
Based on a true story, and researched extensively by the author on location in Eastern Europe, this is a story that takes the reader deep into a rarely-explored side of the Second World War

THE BLACK AND THE WHITE by ALIS HAWKINS
out March 2020

Not every corpse put in a pit has died of the plague…
England, 1349
The Black Death is tearing through the country and those not yet afflicted are living in fear.
Martin Collyer wakes up in his family's charcoaling hut in the Forest of Dean to find his father dead on the bed beside him, half-sewn into his shroud. As Martin’s most recent memory is of being given the last rites, he cannot account for why he is alive and why his father – whose body bears not a trace of the plague – is dead.
With no home to go to and set free from the life of virtual servitude that his father had planned for him, Martin sets off on a journey across England to seek salvation for his father’s unconfessed soul.
He befriends another traveller on the way. But the man – Hob Cleve – seems to be harbouring dark secrets of his own.
As more suspicious deaths occur, Martin is left wondering whether Hob can be trusted.
What is Hob hiding? Is Martin travelling with a killer?
And what really led to Martin’s miraculous recovery?

HERE AND NOW by SANTA MONTEFIORE
out July 2020

Faced with losing everything, all that matters is Here and Now . . .Marigold has spent her life taking care of those around her, juggling family life with the running of the local shop, and being an all-round leader in her quiet yet welcoming community. When she finds herself forgetting things, everyone quickly puts it down to her age. But something about Marigold isn’t quite right, and it’s becoming harder for people to ignore.As Marigold’s condition worsens, for the first time in their lives her family must find ways to care for the woman who has always cared for them. Desperate to show their support, the local community come together to celebrate Marigold, and to show her that losing your memories doesn’t matter, when there are people who will remember them for you

A SECRET SISTERHOOD
won this on a Twitter giveaway by the lovely Beverley over at BeverleyReads so go check her out!

A Secret Sisterhood uncovers the hidden literary friendships of the world’s most respected female authors.Drawing on letters and diaries, some of which have never been published before, this book will reveal Jane Austen’s bond with a family servant, the amateur playwright Anne Sharp; how Charlotte Brontë was inspired by the daring feminist Mary Taylor; the transatlantic relationship between George Eliot and the authorof Uncle Tom’s Cabin, Harriet Beecher Stowe; and the underlying erotic charge that lit the friendship of Virginia Woolf and Katherine Mansfield – a pair too often dismissed as bitter foes.In their first book together, Midorikawa and Sweeney resurrect these literary collaborations, which were sometimes illicit, scandalous and volatile; sometimes supportive, radical or inspiring; but always, until now, tantalisingly consigned to the shadows.

THE ILLNESS LESSON by CLARE BEAMS
seen so many good reviews of this on other blogs/twitter feeds I just had to treat myself!

THE GARDEN JUNGLE by DAVE GOULSON

THE MIRROR AND THE LIGHT by HILARY MANTEL

And as I finish typing the sun has returned! Stay safe people and enjoy those books!!