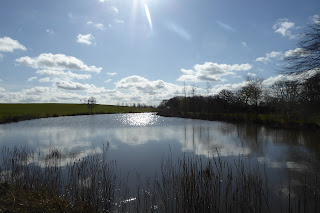 Hello! Happy Saturday!! I hope there's plenty of reading planned for your weekend ahead! Where's a storm when you need one?! Been nice to have some sunshine return but that means that things will be needing my attention in the garden..... not good for my reading time!!

So this week reading wise has been another goodie!  And 3 has been the magic number! 3 books finished, 3 books arriving in the post, and 3 Netgalley additions to the bookshelves!!

Here's my look back!!

I love this series so much and it just keeps getting better!

THE WALLS WE BUILD by JULES HAYES - 5 STARS

This is historical fiction that is out later in the month and I loved it! Full review to follow on Blog Tour.

BRING UP THE BODIES by HILARY MANTEL - 5 STARS

GROWING UP FOR BEGINNERS by CLAIRE CALMAN
out June 2020

It’s not easy being a grown-up, but at 47, Eleanor hoped she’d be better at it by now…But when Eleanor waves her daughter off for a gap-year trip, she finds herself stuck as a satellite wife, spinning in faithful orbit around domineering husband Roger, with only a stash of hidden books and her brilliant but judgmental father Conrad for comfort.Andrew isn’t mastering the art of growing up either. When he finds his belongings dumped on the drive, although he may not understand women very well, even he can see that this looks like some kind of hint… and so moves back in with his parents.Backing onto Andrew’s parents lives artist Cecilia, always ready to recount tales of her innumerable ex-lovers, whilst her daughters feel she’s like a misbehaving teenager.But now four lives are drawn together by long-buried secrets of the past, and it is time for them all to grow up, before it’s too late.A desperate decision … A lost letter … A powerful secret hidden for thirty years…

THE SHADOW FRIEND by ALEX NORTH
out JULY 2020

If it had happened to you, you would have run away too.
Twenty-five years ago, Paul's friend Charlie Crabtree brutally killed their classmate - and then vanished without a trace.
Paul's never forgiven himself for his part in what happened. He's never gone back home.
Until his elderly mother has a fall. It's finally time to stop running.
It's not long before things start to go wrong. His mother claims there's someone in the house. Paul realises someone is following him. And, in a town many miles away, a copycat killer has struck.
Which makes him wonder - what really happened to Charlie the day of the murder?
And can anyone stop it happening again?
THE GARDEN OF LOST MEMORIES by RUBY HUMMINGBIRD
out April 2020

Just because you feel ordinary doesn’t mean you aren’t extraordinary to someone else.

Ten-year-old Billy would rather spend his Saturdays kicking a ball, or watching TV, or anything really, other than being babysat by his grumpy neighbour Elsie and being force fed custard creams.

If it was up to them, they’d have nothing to do with each other. Unfortunately, you can’t choose who you live next door to.

But there is always more to people than meets the eye…

Elsie doesn’t know that Billy’s afraid to go to school now, or why his mother woke him up in the middle of the night with an urgent shake, bags already packed, ready to flee their home.

Billy doesn’t know that the rusting red tin he finds buried in Elsie’s treasured garden is a ticking time bomb waiting to explode her carefully organised life. And that when he digs it up, he is unearthing a secret that has lain dormant for twenty-eight years…

This moving tale is for anyone who has ever felt the pang of loneliness, or worried that their broken heart might never be the same again. Fans of Eleanor Oliphant is Completely Fine, The Keeper of Lost Things and The Library of Lost and Found will fall head over heels for this life-affirming novel that shows us that if you’re willing to take a risk, happiness is only ever a heartbeat away. 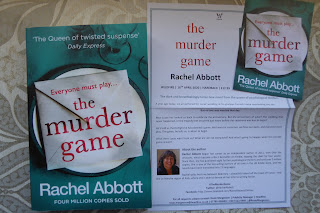 A year ago today, we all gathered for Lucas's wedding at his glorious Cornish home overlooking the sea.
But no one was married that day.
Now Lucas has invited us back to celebrate the anniversary. But the anniversary of what? The wedding that never happened, or the tragedy that occurred just hours before the ceremony was due to begin?
He's told us that tonight he has planned a game. We have our costumes, we have our parts, and everyone must play. The game, he tells us, is about to begin.
What does Lucas want from us? What are we not being told? And what's going to happen when this terrible game is over?
THE SARACEN'S MARK by S.W.PERRY
copy won via Readers First

1593. Five years on from the Armada and England is taking its first faltering steps towards a future as a global power. On an undercover mission to find out the fate of one of the queen's informers, physician and reluctant spy, Nicholas Shelby, travels from the dark alleys of London to the dazzling Moor city of Marrakech. Meanwhile in London, Shelby's companion, Bianca Merton, must fight against the ravaging plague that is stalking the city. Can their budding relationship weather the threats of pestilence and conspiracy? And will Nicholas survive his mission and the unpredictability of Marrakesh to return home? A brilliantly realized, utterly compelling historical mystery that will take you to far-flung destinations and into the very heart of a deadly conspiracy.

THE MIRROR AND THE LIGHT by HILARY MANTEL

‘If you cannot speak truth at a beheading, when can you speak it?’

England, May 1536. Anne Boleyn is dead, decapitated in the space of a heartbeat by a hired French executioner. As her remains are bundled into oblivion, Thomas Cromwell breakfasts with the victors. The blacksmith’s son from Putney emerges from the spring’s bloodbath to continue his climb to power and wealth, while his formidable master, Henry VIII, settles to short-lived happiness with his third queen, before Jane dies giving birth to the male heir he most craves.

Cromwell is a man with only his wits to rely on; he has no great family to back him, no private army. Despite rebellion at home, traitors plotting abroad and the threat of invasion testing Henry’s regime to breaking point, Cromwell’s robust imagination sees a new country in the mirror of the future. But can a nation, or a person, shed the past like a skin? Do the dead continually unbury themselves? What will you do, the Spanish ambassador asks Cromwell, when the king turns on you, as sooner or later he turns on everyone close to him?

With The Mirror and the Light, Hilary Mantel brings to a triumphant close the trilogy she began with Wolf Hall and Bring Up the Bodies. She traces the final years of Thomas Cromwell, the boy from nowhere who climbs to the heights of power, offering a defining portrait of predator and prey, of a ferocious contest between present and past, between royal will and a common man’s vision: of a modern nation making itself through conflict, passion and courage.

I think my focus has been lost to Hilary Mantel so that's what will be my main read for the next few days/week.... however long it takes to read the 900 pages!  What are you reading at the moment?! Would love to hear!!