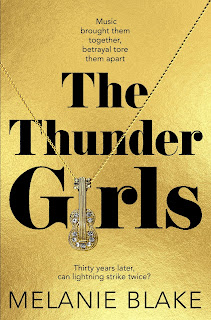 A huge delight to be able to share an extract today for THE THUNDER GIRLS by MELANIE BLAKE, as part of the Blog Tour. My thanks to the author, publisher and Martina at Midas PR for putting the tour together and letting me be part of it all!

Jackie Collins for a new generation. The Thunder Girls is a blockbuster novel, filled with obsession, addiction, betrayal and revenge, that charts the rise and fall of an 80s girl band from Melanie Blake, a true insider of the music business.
Perfect for fans of Tasmina Perry and Daisy Jones and The Six. Soon to be a nationwide play with an all star cast.


Chrissie, Roxanne, Carly and Anita, an eighties pop sensation outselling and out-classing their competition. Until it all comes to an abrupt end and three of their careers are over, and so is their friendship.
THUNDER
Thirty years later, their old record label wants the band back together for a huge money-making concert. But the wounds are deep and some need this gig more than others.
In those decades apart life was far from the dream they were living as members of The Thunder Girls. Breakdowns, bankruptcy, addiction and divorce have been a constant part of their lives. They’ve been to hell and back, and some are still there.
GIRLS
Can the past be laid to rest for a price, or is there more to this reunion than any of them could possibly know? Whilst they all hunger for a taste of success a second time around, someone is plotting their downfall in the deadliest way possible . . .
PUBLISHED BY PAN 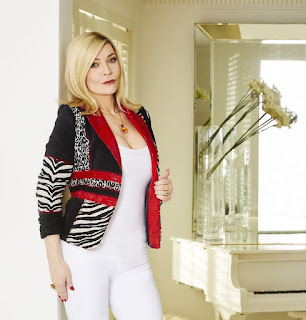 Carly Hughes stepped from the back of the limousine at the entrance to Shine Records. She was wearing a short kilt and leather jacket. Lacy tights with biker boots; big hair, kooky-looking shades and an oversized designer bag worth thousands.

Every inch the pop star.

Her driver, Dale, threw a protective arm around her as he steered her past thousands of screaming Thunder Girls fans, Carly stopping to scribble her name on the autograph books and tour programmes being thrust at her. Some of the fans were hysterical. A young girl clung to her, sobbing, burying her tear-streaked face in her idol’s new jacket.

Without taking his eyes off her, a handsome lad was snapping endless pictures on a battered Instamatic whilst staring at Carly intently. Dale let Carly know it was time to move. She detached herself from the crying girl and escaped into the building.

As they waited for the lift she inspected her jacket. ‘I think I’ve got snot on my sleeve. First time I’ve worn this, as well.’

Dale frowned and handed her a crisp white hanky. She dabbed at the damp leather.
‘I keep telling you not to be so touchy-feely,’ he said. ‘You don’t know where they’ve been.’
‘Harsh, Dale. They’re just kids—’
‘Bunking off school, most of them,’ he grumbled. ‘
—hanging about in the cold for hours, hoping for a word.’ ‘You’re way too trusting. They could pull a knife, anything.’

Dale was ex-military. Special Forces. Decorated for bravery. Secretly hoping someone would step out of line one day so he could show what he was made of.
‘They’re our fans, they’d never hurt us.’ Carly gave him a dazzling smile.
‘Anyway, that’s why you’re here.’ He shook his head. ‘That weird one taking pictures . . . I wouldn’t trust him as far as I could throw him – his eyes don’t look right.’
She giggled. ‘Don’t be mean. He’s the Mad Fan – goes everywhere we do, just likes to look at us and take his pics, bless him.’
‘Yeah, well that’s odd as well, the quiet ones are always the worst.’ 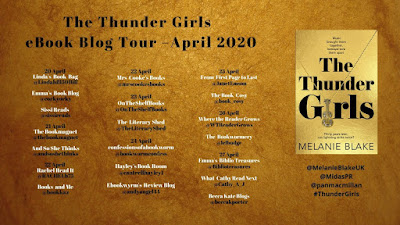