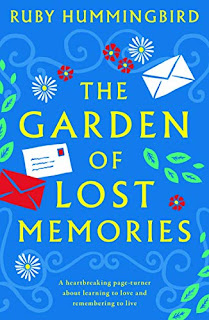 Hugely excited to be taking part in the Blog Tour today for the wonderful THE GARDEN OF LOST MEMORIES by RUBY HUMMINGBIRD. My thanks to the author, publisher and Sarah of https://twitter.com/BOTBSPublicity for letting me be part of the tour and putting it all together!

Book Description:
Just because you feel ordinary doesn’t mean you aren’t extraordinary to someone else.

Ten-year-old Billy would rather spend his Saturdays kicking a ball, or watching TV, or anything really, other than being babysat by his grumpy neighbour Elsie and being force fed custard creams.

If it was up to them, they’d have nothing to do with each other. Unfortunately, you can’t choose who you live next door to.

But there is always more to people than meets the eye…

Elsie doesn’t know that Billy’s afraid to go to school now, or why his mother woke him up in the middle of the night with an urgent shake, bags already packed, ready to flee their home.

Billy doesn’t know that the rusting red tin he finds buried in Elsie’s treasured garden is a ticking time bomb waiting to explode her carefully organised life. And that when he digs it up, he is unearthing a secret that has lain dormant for twenty-eight years…

This moving tale is for anyone who has ever felt the pang of loneliness, or worried that their broken heart might never be the same again. Fans of Eleanor Oliphant is Completely Fine, The Keeper of Lost Things and The Library of Lost and Found will fall head over heels for this life-affirming novel that shows us that if you’re willing to take a risk, happiness is only ever a heartbeat away.
ABOUT THE AUTHOR 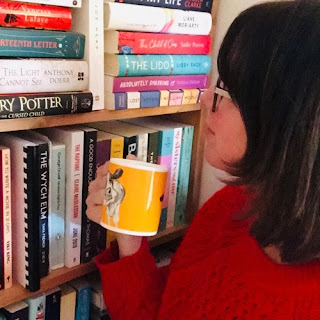 Ruby Hummingbird is a novelist based in the English countryside. She loves nothing more than writing uplifting and heartwarming fiction that gets her readers reaching for the tissues. When she isn’t storytelling, she can be found tending to her beloved sunflowers or sipping on hazelnut lattes.
@HummingbirdRuby

Stick a garden in a book and I'm immediately interested! Throw in a wonderful character in the form of Elsie and the unlikeliest of friendships of forming, and I'm smitten!! I adored this book and really took these characters to my heart!

Elsie lives alone, is elderly and gets through each day with her routines, doing her best to avoid the 'chit chat' of neighbours or people she bumps into at the shops.  She's also prone to making judgements about people before knowing the real story, and she finds herself doing that with her new neighbours.  10 year old Billy lives with his mum next door and they've moved away from his Dad. He's scared, frustrated and being bullied at school so he often lashes out at the wrong person and definitely isn't a fan of being left in the care of Elsie when his mum has to go out to work.  She seems strange to him, sees her talking to herself and would rather be anywhere else but there! But something magical happens when she gets him to help her in her beloved garden that has become a little too much for her to cope with.  And this healing power of a garden was one thing that really connected with me. It gives you the chance to focus on something else in the world and it does Elsie and Billy the power of good, especially with the outside world causing them so much suffering.

When they uncover a tin buried in the garden, it leads to an extraordinary journey for the both of them and it was just so uplifting to see them heading out together to piece together the pieces of memories left behind in this tin.  Elsie is reluctant to visit one place but Billy goes by himself and makes a new friend and he starts to believe in himself again and feel less angry at the world.

This is a story that pulls on the heartstrings and shines the spotlight on how important it is not to judge people on first impressions.  I enjoyed watching the story of their pasts unfold, and how coming together helped them all move on.  Wonderful!