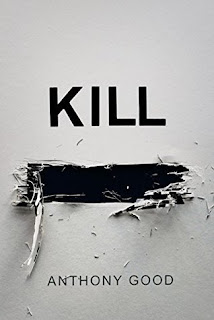 
Is murder ever morally right?

And is a murderer necessarily bad?

These two questions waltz through the maddening mind of Michael, the brilliant, terrifying, fiendishly smart creation at the centre of this winking dark gem of a literary thriller.


Michael lost his wife in a terrorist attack on a London train. Since then, he has been seeing a therapist to help him come to terms with his grief - and his anger. He can't get over the fact that the man he holds responsible has seemingly got away scot-free. He doesn't blame the bombers, who he considers only as the logical conclusion to a long chain of events. No, to Michael's mind, the ultimate cause is the politician whose cynical policies have had such deadly impact abroad. His therapist suggests that he write his feelings down to help him forgive and move on, but as a retired headteacher, Michael believes that for every crime there should be a fitting punishment - and so in the pages of his diary he begins to set out the case for, and set about committing, murder.
Waltzing through the darkling journal of a brilliant mind put to serious misuse, Kill [redacted] is a powerful and provocative exploration of the contours of grief and the limits of moral justice, and a blazing condemnation of all those who hold, and abuse, power.
ONE OF THE BEST DEBUT NOVELS of 2019 (the i )

MY REVIEW
I listened to the audiobook version of this.This was an interesting and thought provoking read, following the thoughts of a man who is being torn apart from grief after losing his wife to a terrorist attack. Just how would you react? Do you have the capacity to forgive? Or do you just want revenge and retribution for the act carried out which has destroyed your family?Michael is the distraught husband in the story, and through his own thoughts, his past, his talks with his therapist, we get to witness the way his mind is working and processing the tragic events. The glimpses we see of him before the atrocity lets us know he's not the nicest of characters himself - as a headteacher he wants his rules obeyed at all times and thinks nothing of disciplining the pupils in the most severe ways. There seems very little compassion to his personality - if you do wrong, there must be consequences. No matter if you're a pupil, his daughter... or a terrorist.It was often hard to find myself caring too much for Michael despite what he'd been through, I had more compassion for his daughter who was also struggling to deal with the loss of her mother, but he seemed to disregard her feelings. He always finds a way to justify his behaviour and responses which shows a lot about his state of mind - this is a man who is very angry at the world and having a plan of revenge allows him to have a routine and distraction from dealing with his own grief in a rational way.There's paranoia in his day to day life now, and even when talking with the therapist he has an answer for everything, and can find no way of relating to his daughter which was the saddest part of the story. When the family should be pulling together, he's pulling it apart.I found the last third of the book most revealing and shocking and that helped regain my interest again as it began to repeat itself a little during the middle. It's a book that gives you a lot to think about in questioning justice and grieving in such terrible circumstances.
★★★
Posted by Books and Me! at Tuesday, April 14, 2020