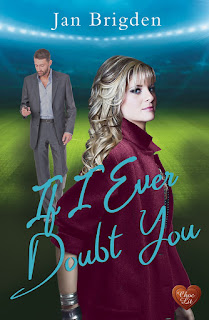 Happy Tuesday to you all! And Happy Publication Day to Jan Brigden for the release of IF I EVER DOUBT YOU!!  Hopefully you'll all be downloading this later to enjoy!

Jan has been kind enough to write a guest post for me to share with you all today  to give you a bit more of an insight into the book and the characters within the story!! Over to you Jan....


Challenging the celebrity footballer stereotype: If I Ever Doubt You by Jan Brigden


My main characters Rebecca and Alex first encountered one another in my debut As Weekends Go. Family-oriented small-town woman meets big league professional footballer. We saw the huge impact on their lives during and after that eventful summer weekend.

If I Ever Doubt You continues their story, charting each cheer, dip, drama and dilemma their relationship throws up: how Rebecca adapts to and copes with the reality of living with a high-profile footballer, the pressures of online gossip and outside influences, unexpected reactions from nearest and dearest, plus an unpredictable ex-husband.

Alex, well he’s used to the football bubble, the scandals and scrapes, the scrutiny, and is fully aware of how it could affect Rebecca, turn her away from him, especially given the image his profession often conjures up.

I knew it was risky making a footballer my leading man, but being a person who tries not to judge people until I’ve met them, I wanted to challenge the stereotype and hopefully endear Alex to the reader. I’ve met one or two footballers over the years, at both ends of the personality spectrum, and it intrigued me how the man who loved his family, trained hard and simply wanted to play football without all the razzmatazz attached to it, felt about being lumped into the same bracket as the other man, the flash, champagne-swilling womaniser we sometimes hear about in the media.

Portraying the flip side of the stereotype made me look at things from a different perspective. As writers that’s what we try to achieve – multi-dimensional characters; in Alex’s case, his private versus public persona, the pitfalls and pressures versus the benefits and perks of his job. How he views his fellow professionals, the grafters versus the bad boys. How being in the spotlight affects him, his relationships, his lifestyle.

Nobody would expect the stereotype to be entirely banished as myth, but there will always be exceptions to the rule.

I hope readers enjoy Alex and Rebecca’s story as much as I enjoyed creating their characters. 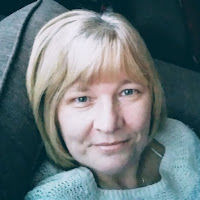 Jan lives in South East London with her husband and motley crew of cuddly toys. Jan's written for pleasure from a young age; short stories for classmates, odes for workmates, fun quizzes for family and friends, progressing to the contemporary uplifting dramas she writes today.

The idea for her debut novel, As Weekends Go, sprang from a script she composed as part of a creative writing course assignment via The Writers Bureau. The novel went on to be published by award-winning UK independent publishers Choc Lit after winning their Search for a Star competition.

Jan’s latest novel, If I Ever Doubt You is the sequel to her debut.

An avid reader, reviewer and all-round book devotee, Jan is also one eighth of online writing blog The Romaniacs.

She might have scored a celebrity footballer, but the game isn’t over yet …

Rebecca Dunning should be blissfully happy – after a whirlwind weekend, she and top footballer Alex Heath are still going strong. But as the murkier side of the celebrity lifestyle reveals itself, so does the creeping doubt.

Rebecca finds herself isolated in the fake, flashy world of toxic WAG cliques and ruthless reporters, and when a mysterious online admirer follows Alex’s every move, she struggles to cope. Can she keep playing the media game for the man she loves, or will she have to admit defeat?

Sequel to As Weekends Go.