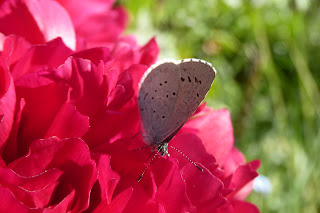 Howdy!! Happy Saturday!! I hope all is well in your world! My mood has been up and down again this past week - considering I'd been so chilled for the previous 2 months, I now wonder if I'd been saving up all the grumpiness and it's now coming out!! But the sun keeps shining and there's books.... so I can't stay too grumpy for too long!

And on the book front it's been a cracking week for my reading as I've finished 5 books! I am sure the sunshine makes me read more! And there has been one visit to Netgalley, and maybe a couple of cheeky book purchases - another sure fire way of getting rid of the grumps!!

The Creak on the Stairs by Eva Björg Ægisdóttir - 5 stars

King of the Crows by Russell Day - 5 stars

to Netgalley we go...

FROM THE AUTHOR OF THE 'NEW YORK TIMES' BEST SELLER 'UTOPIA FOR REALISTS', A "BOLD" (DANIEL H. PINK), "PROVOCATIVE" (ADAM GRANT) ARGUMENT THAT OUR INNATE GOODNESS AND COOPERATION HAVE BEEN THE GREATEST FACTORS IN HUMANITY'S SUCCESS.If there is one belief that has united the left and the right, psychologists and philosophers, ancient thinkers and modern ones, it is the tacit assumption that humans are bad. It's a notion that drives newspaper headlines and guides the laws that shape our lives. From Machiavelli to Hobbes, Freud to Pinker, the roots of this belief have sunk deep into Western thought. Human beings, we're taught, are by nature selfish and governed primarily by self-interest.But what if it isn't true? International best seller Rutger Bregman provides new perspective on the past 200,000 years of human history, setting out to prove that we are hardwired for kindness, geared toward cooperation rather than competition, and more inclined to trust rather than distrust one another, in fact this instinct has a firm evolutionary basis going back to the beginning of 'Homo Sapiens'.From the real-life 'Lord of the Flies' to the solidarity in the aftermath of the Blitz, the hidden flaws in the Stanford prison experiment to the true story of twin brothers on opposite sides who helped Mandela end apartheid, Bregman shows us that believing in human generosity and collaboration isn't merely optimistic - it's realistic. Moreover, it has huge implications for how society functions. When we think the worst of people, it brings out the worst in our politics and economics. But if we believe in the reality of humanity's kindness and altruism, it will form the foundation for achieving true change in society, a case that Bregman makes convincingly with his signature wit, refreshing frankness, and memorable storytelling.

And I was lucky enough to win a discount code for the fabulous Ninja Book Box so I had to 'force' (!) myself to pick up another couple of  secondhand Persephone Books for my collection

Daddy’s Gone A-Hunting is about the expectations of women, about a house-bound mother reluctantly (desperately) at home all day, in contrast to her daughter who has escaped, to university and then, we can assume, to a job.In Ruth Whiting’s commuter-belt village ‘the wives conform to a certain standard of dress, they run their houses along the same lines, bring their children up in the same way; all prefer coffee to tea, all drive cars, play bridge, own at least one valuable piece of jewellery and are moderately good-looking.’ Yet Ruth is on the verge of going mad. A ‘nervous breakdown’ would be a politer phrase, but really she is being driven mad by her life and her madness is exacerbated by everyone’s indifference to her plight.

The storyline of Miss Buncle's Book (1934) is a simple one: Barbara Buncle, who is unmarried and perhaps in her late 30s, lives in a small village and writes a novel about it in order to try and supplement her meagre income.D.E. Stevenson had an enormously successful writing career: between 1923 and 1970, four million copies of her books were sold in Britain and three million in the States. Like E.F. Benson, Ann Bridge, O. Douglas or Dorothy L. Sayers (to name but a few) her books are funny, intensely readable, engaging and dependable. Miss Buncle's Book was the most popular of her novels because it has a completely original plot and a charming and delightful central character.