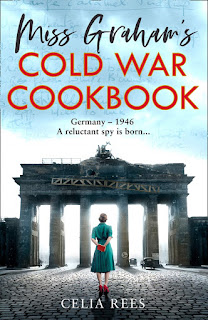 A beautifully crafted and gripping novel about loss, betrayal and female friendship

An ordinary woman. A book of recipes. The perfect cover for spying…

Sent to Germany in the chaotic aftermath of World War II, Edith Graham is finally getting the chance to do her bit. Having taught at a girls’ school during the conflict, she leaps at the opportunity to escape an ordinary life – but Edith is not everything she seems to be. Under the guise of her innocent cover story, Edith has been recruited to root out Nazis who are trying to escape prosecution. Secretly, she is sending coding messages back to the UK, hidden inside innocuous recipes sent to a friend – after all, who would expect notes on sauerkraut to contain the clues that would crack a criminal underground network? But the closer she gets to the truth, the muddier the line becomes between good and evil. In a dangerous world of shifting loyalties, when the enemy wears the face of a friend, who do you trust? 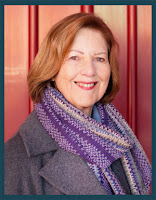 Celia Rees was born in Solihull, West Midlands, UK. She studied History and Politics at Warwick University and has a master’s degree from Birmingham University. She taught English in city comprehensive schools for seventeen years before beginning her writing career. She is the author of over twenty acclaimed books for young adults and has won various prizes both in Britain and abroad. Her work has been translated into twenty-eight languages. Celia lives in Leamington Spa, Warwickshire, with her husband. Miss Graham’s Cold War Cookbook is her first adult novel.

This is a thoroughly absorbing post World War 2 novel, that features brilliantly the brave work undertaken by many civilians who wanted to do their bit, and who ended up getting involved in far more serious work while they were in Europe.

And in Miss Graham we have a character who goes from teaching in England to wanting to help the children in Germany by overseeing the efforts to re-open schools and educate the children.  She is flagged up as a person of interest to undertake another role why she is there, and she has a brilliant way of sending coded messages back that will escape the attention of those censoring the mail.

The other women she works with become good friends, and I really loved their bond and just their absolute bravery in putting themselves forward to do this work in the first place, knowing that if they ever got caught it wouldn't end well.

There's so many twists and turns along the way as Edith spends her time building up relationships with the children she works with, along with wondering who to trust with the many people she meets.  And the grim sights she witnesses really brings home the reality of war and how people were left living and having to just get on with life the best they could.

I  did struggle at times to connect with Edith as a character as she sometimes came across so mechanical and straight laced, but then I guess she had to be that way when dealing with what she was facing.  This wasn't a time to be very emotional or to lose your head.

What really got to me though was the stories of the brutality and horrors that people recounted to the women so they could get a real sense of what the War meant for those still living - surrounded by memories, grieving for loved ones and doing what they could to survive.  It was  a thoroughly sobering yet inspiring read that paid tribute to many acts of selfless acts of bravery by those trying to bring those who committed atrocities to rights. Highly recommended. 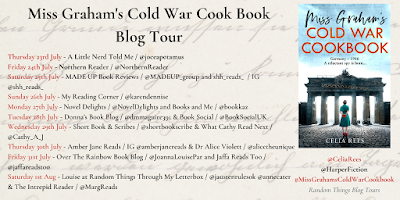