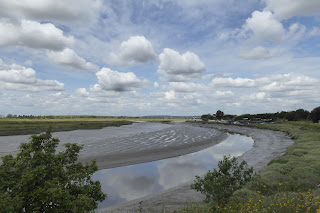 Hello! Happy Saturday!! May your week have been blessed with bookish goodness! And, if not, I hope the week ahead brings you better things!!

My reading pace has slowed down so I'm putting that down to the change in the weather! I just prefer reading when it's warmer and sunnier it seems lol!! Just 2 books finished this week but I didn't buy any newbies - despite having the urge the other day! I resisted! But I did visit Netgalley instead and added 3 to the shelves there - oops!! My bad!!

HAPPY DAYS OF THE GRUMP by TUOMAS KYRO - 3 STARS

Netgalley got me again... 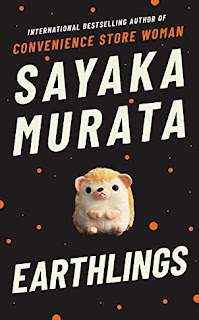 Natsuki isn't like the other girls. She has a wand and a transformation mirror. She might be a witch, or an alien from another planet. Together with her cousin Yuu, Natsuki spends her summers in the wild mountains of Nagano, dreaming of other worlds. When a terrible sequence of events threatens to part the two children forever, they make a promise: survive, no matter what. Now Natsuki is grown. She lives a quiet life with her asexual husband, surviving as best she can by pretending to be normal. But the demands of Natsuki's family are increasing, her friends wonder why she's still not pregnant, and dark shadows from Natsuki's childhood are pursuing her. Fleeing the suburbs for the mountains of her childhood, Natsuki prepares herself with a reunion with Yuu. Will he still remember their promise? And will he help her keep it?

THE HONEY AND THE STING by E.C FREMANTLE
publication date - 6th August 2020

Forcibly seduced by the powerful George Villiers, doctor's daughter Hester is cast aside to raise her son alone and in secret. She hopes never to see Villiers again.

Melis's visions cause disquiet and talk. She sees what other's can't - and what has yet to be. She'd be denounced as a witch if Hester wasn't so carefully protective.

Young Hope's beauty marks her out, drawing unwelcome attention to the family. Yet she cannot always resist others' advances. And her sisters cannot always be on their guard.

When Villiers decides to claim his son against Hester's wishes, the sisters find themselves almost friendless and at his mercy. But the women hold a grave secret. The question is, will what they know be their undoing or their salvation?

Because in the right hands, a secret is the deadliest weapon of all...

THE PROMISE by XINRAN XUE

At the start of the twentieth century in China, the Hans were married in an elaborate ceremony before they were even born. While their future was arranged by their families, this couple had much to be grateful for. Not only did they come from similar backgrounds - and as such were recognized as a good match - they also had a shared passion in their deep love of ancient Chinese poetry. They went on to have nine children and chose colours portrayed in some of their favourite poems as nicknames for them - Red, Cyan, Orange, Yellow, Green, Ginger, Violet, Blue and Rainbow. Fate, and the sweep of twentieth century history would later divide these children into three groups: three went to America or Hong Kong to protect the family line from the communists; three were married to revolutionaries having come of age as China turned red; while three suffered tragic early deaths.With her trademark wisdom and warmth, Xinran describes the lives and loves of this extraordinary family over four generations. What emerges is not only a moving, beautifully-written and engaging story of four people and their lives, but a crucial portrait of social change in China. Xinran begins with the magic and tragedy of one young couples wedding night in 1950, and goes on to tell personal experiences of loss, grief and hardship through China's extraordinary century. In doing so she tells a bigger story - how traditional Chinese values have been slowly eroded by the tide of modernity and how their outlooks on love, and the choices they've made in life, have been all been affected by the great upheavals of Chinese history.A spell-binding and magical narrative, this is the story of modern China through the people who lived through it, and the story of their love and loss.

THE WAY OF THE HARE by MARIANNE TAYLOR

THE LIAR'S DICTIONARY by ELEY WILLIAMS