#BlogTour ANYONE FOR EDMUND? by SIMON EDGE #BookReview @EyeAndLightning @DamppebblesBT 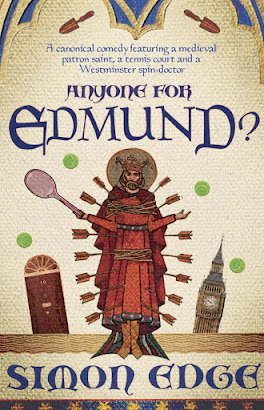 Delighted to be the latest stop on the Blog Tour for the fabulous ANYONE FOR EDMUND? by SIMON EDGE today. My thanks to the author, publisher and Emma at Damp Pebbles Blog Tours for putting it all together and letting me be part of it all!

They dug up his bones. They didn’t know he had a mind of his own.

Under tennis courts in the ruins of a great abbey, archaeologists find the remains of St Edmund, once venerated as England’s patron saint, but lost for half a millennium.

Culture Secretary Marina Spencer, adored by those who have never met her, scents an opportunity. She promotes Edmund as a new patron saint for the United Kingdom, playing up his Scottish, Welsh and Irish credentials. Unfortunately these are pure fiction, invented by Mark Price, her downtrodden aide, in a moment of panic.

The only person who can see through the deception is Mark’s cousin Hannah, a member of the dig team. Will she blow the whistle or help him out? And what of St Edmund himself, watching through the prism of a very different age?

Splicing ancient and modern as he did in The Hopkins Conundrum and A Right Royal Face-Off, Simon Edge pokes fun at Westminster culture and celebrates the cult of a medieval saint in another beguiling and utterly original comedy. 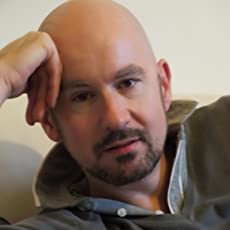 Simon Edge was born in Chester and read philosophy at Cambridge University.

He was editor of the pioneering London paper Capital Gay before becoming a gossip columnist on the Evening Standard and then a feature writer on the Daily Express, where he was also a theatre critic for many years. He has an MA in Creative Writing from City University, London, where he also taught literary criticism.

He is the author of three previous novels: The Hopkins Conundrum, which was longlisted for the Waverton Good Read Award, The Hurtle of Hell and A Right Royal Face-Off.

He lives in Suffolk.

What a blast of a read!! A wonderful mix of historical and political farce!! Who knew that mix would work so well!! But it does and I found myself laughing away on many occasions as the worlds of history and politics clash in spectacular fashion!

Hannah is part of an archeological dig and they hit the jackpot with their recent find!!  The remains of St Edmund are discovered and politicians start sniffing around to use this in only ways that politicians know how!!

Mark Price is a special advisor to a rising star in politics and is also cousin to Hannah! When he finds out about the link, he wants in on a way to boost his own standing in his line of work - there's lots of egos about in the offices of Whitehall - and who cares if the truth needs to be bent a little.... ok, a lot!! The art of spin is showcased in amazing fashion in this book and you just know there are people like this walking around Westminster right now!!

Using St Edmund to try and unite the United Kingdom is a bold gesture, even more bolder when the past reveals he wasn't the great uniter than many thought but all is not fair in love and politics so the wheels are set in motion to alter history!  Hannah sees through it all and wonders what her cousin is playing at. As does the leading expert on St Edmund who seems to be a little baffled by all this 'new' information about an historical figure he thought he knew everything about.

Add to the mix, the voice of the dug up Saint - he doesn't seem to be a fan of the modern world! - and you're left with a hilariously absurd story that left me laughing out loud, along with being horrified of the levels that some will go to boost their own careers!

Highly recommended if you're looking for something just that little bit different to raise a smile in these strange times we find ourselves living in!! 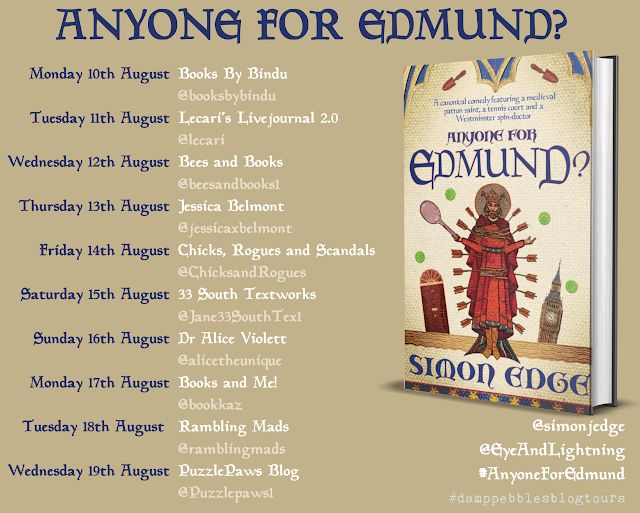