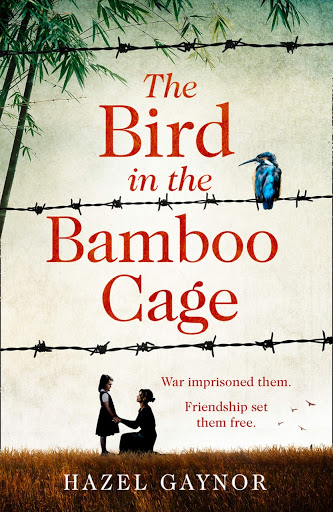 An absolute delight to be here with you today for the Blog Tour for THE BIRD IN THE BAMBOO CAGE by HAZEL GAYNOR. My thanks to the author, publisher and Anne of Random Things Tours  for putting the tour together and letting me be part of it all

'Beautiful … warm, loveable characters who had me rooting for them all the way' Tracy Rees

China, 1941. With Japan’s declaration of war on the Allies, Elspeth Kent’s future changes forever. When soldiers take control of the missionary school where she teaches, comfortable security is replaced by rationing, uncertainty and fear.

Ten-year-old Nancy Plummer has always felt safe at Chefoo School. Now the enemy, separated indefinitely from anxious parents, the children must turn to their teachers – to Miss Kent and her new Girl Guide patrol especially – for help. But worse is to come when the pupils and teachers are sent to a distant internment camp. Unimaginable hardship, impossible choices and danger lie ahead.

Inspired by true events, this is the unforgettable story of the life-changing bonds formed between a young girl and her teacher, in a remote corner of a terrible war.

‘Vivid, heart-rending and so, so beautiful’ Jenny Ashcroft 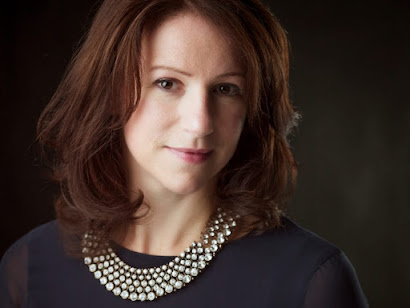 Hazel Gaynor is an award-winning, New York Times, USA Today, and Irish Times, bestselling author of historical fiction, including her debut THE GIRL WHO CAME HOME, for which she received the 2015 RNA Historical Novel of the Year award. THE LIGHTHOUSE KEEPER'S DAUGHTER was shortlisted for the 2019 HWA Gold Crown award. She is published in thirteen languages and nineteen countries. Hazel is co-founder of creative writing events, The Inspiration Project, and currently lives in Ireland with her family, though originally from Yorkshire.

Wow!! This is a book that I find myself unable to stop thinking about since finishing it.

It's a historical story told from 2 viewpoints - one of a child, one of a teacher - living through extraordinary times in China during the Second World War and the impact that has on their school when it is taken over by the Japanese. Seeing how it impacts  on people of different ages was a fascinating insight on how we all deal with traumatic events differently - how our thought processes work when faced with an extreme situation and how we can often appear to put on a brave face but when we're alone it's a different story. And that dilemma is what faces Elspeth, the teacher, as she tries to remain stoic in front of the children she is in charge of, whilst facing her own heartache and despair at the situation unfolding around her.

Elspeth works at a missionary school in China, where Nancy is a pupil.  The girls and teachers become family as they spend so much time together, and the teachers become surrogate parents to the girls who are away from their own families for such a long time. But their calm and secure little school is soon to become a scary place when Japanese soldiers come in and take over, and they all soon find themselves sent off to camp, fearful of what conditions and treatment they are all to face.

What I loved about the different viewpoints was how they had different ways of looking at their experiences - the teachers would be very cynical and see things for how they actually were, whilst the children would block out the worst and come up with nicknames for the soldiers. They would just be kids! But what brought them all together is their shared hope in the smallest things around them - the sight of a sunflower seed growing amidst the chaos would begin to mean so much to them all.

Despite the awful conditions they often found themselves facing, what I admired most was their resilience. The fact that they never gave up hope that things would get better for all of them.  And the fact that life carried on whilst they were there - the teachers would hope to distract the girls with different lessons, whilst also helping them through changing times both in the world and in their own bodies.

The treatment  by the soldiers was often horrific and graphic and just shows what kind of things everyone had to endure and really brought home how brave these prisoners were.  It was the little moments of hope, friendship and determination that made them stronger and united them all in a way that few of us could imagine. They say the worst of times brings out the best in some people and that is so true for these teachers and pupils. 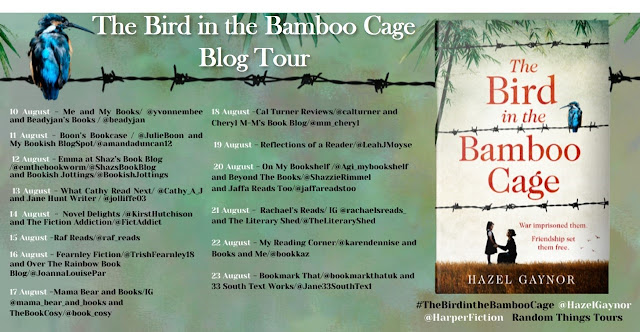