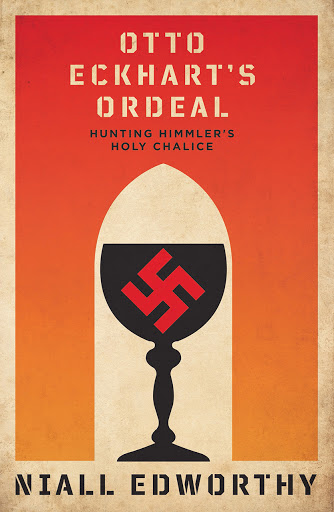 Delighted to be the lastest stop on the Blog Tour for the WW2 book OTTO ECKHART'S ORDEAL by NIALL EDWORTHY. My thanks to the publisher, author and the team at Bookollective for the copy of the book and letting me be part of it all!ABOUT THE BOOK
Otto Eckhart’s Ordeal is a work of historical fiction, inspired by the true story of Otto Rahn, occultist member of Nazi Germany’s Schutzstaffel (SS) Ahnenerbe think tank, and his search for the Holy Grail. He believes that in finding such a trophy, he will succeed in proving Ayran supremacy for Nazi Germany.
In Niall Edworthy’s riveting retelling, a naïve young historian, Otto Eckhart, is personally dispatched by SS leader Heinrich Himmler to seek a holy chalice, only to discover the real-life Chalice of Tomar. Set over the course of a six-month span in 1937, the action unfolds across Berlin, the Odenwald mountain range, Wewelsburg Castle, and the Languedoc region of France. Sure to delight history buffs and World War II scholars, Otto Eckhart’s Ordeal is an absorbing coming-of-age story about love, life, and the search for meaning.
PUBLISHED BY UNICORN PUBLISHING GROUP
PURCHASE LINKS
PUBLISHER WEBSITE
HIVE.CO.UK
MY REVIEW
This is an historical fiction book based on historical truth so I was a little anxious before picking this up to read as I wondered how it would all work out! But I had nothing to worry about as it immediately grabbed my attention and had a really good flow to it as it touches on some rather darker elements of life during the War, alongside a young man trying to find his way in the world.  It was also much lighter in mood than I expected! It often read like an historical farce with some of the goings on and the touches of humour were much welcomed!
Otto is a man fascinated by history, especially that of the Holy Grail, and his research grabs the eye of those at the top of the Nazi's.  So he's told - you don't really get a choice of who to work for! - that they will publish his book and support him if they seek out the Grail for them to use for their purposes.  So he sets out to do what he can without endangering his family and we're left to witness his adventure and his escapades along the way!
I loved all the historical aspects of this story.  It has pushed me to research more of the real life work of Otto Rahn and it's such a fascinating subject to look at.  The character of Otto was instantly likeable and seeing him struggle with the moral issue of working with the Nazi's was totally understandable.
This was a fascinating, touching and fun read and one of those books that you can see making it onto the big screen! I hope it does!!
★★★★ 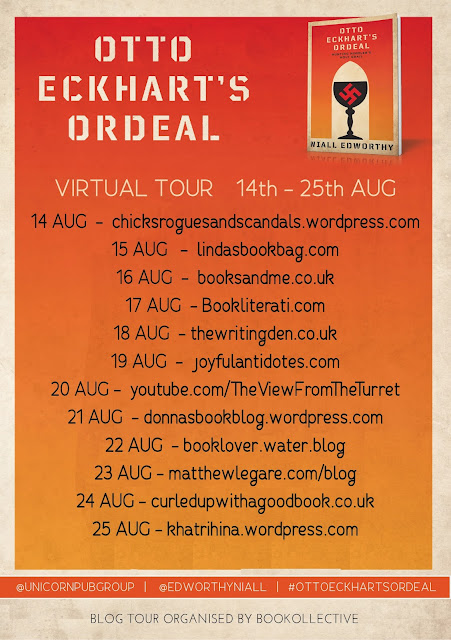