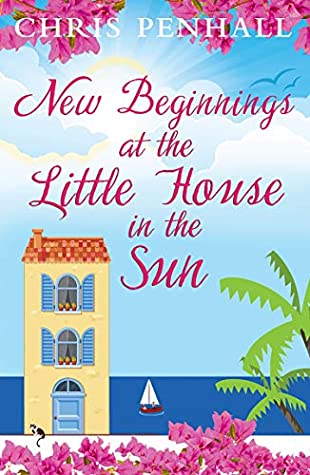 It's Publication Day for NEW BEGINNINGS AT THE LITTLE HOUSE IN THE SUN so I'm delighted to be hosting CHRIS PENHALL on the Blog today as she shares some thoughts on her new release! I've shared my review on the blog today so go grab your copy and enjoy the exploits of Alice as she starts her new life in Portugal!
Right, over to you Chris......

New Beginnings at the Little House in the Sun is the sequel to my debut novel, The House That Alice Built, which won the Choc Lit Search for a Star Competition in 2019.

The first book follows Alice, who, having escaped to Cascais in Portugal for a while, has to face up to the thing that she was running away from – the prospect of selling her beloved house in London as her ex wants the money to start a new business.

New Beginnings picks up the story as she begins her new life in Portugal, full of excitement and dreams for the future with Luis, the man she fell in love with, and many friends to help her along the way. However, as we all know, the road to true happiness has many a dead end along the way, plus a few trips and falls, and surprises from the past present challenges Alice wasn’t expecting at all.

So, the question is, will she find her dream life in the sun, or will she want to run back to London and hide once again?

As in the first novel, there’s plenty of sun and laughter, the return of old friends – Kathy, Ignacio and Carlos – plus we meet one or two new ones too. And there’s some unexpected temptation for Alice, Portuguese tile painting, karaoke, Mary’s dodgy tea and more time spent in Lisbon. The yellow Rolls Royce also has an important role to play, as well.

I wrote both books as I had lived in Cascais in Portugal many years ago with my family and I fell in love with the place. I now spend a lot of time in Lagos in the Algarve, so the country has made a huge impression on me and that is reflected in the stories.

I revisited Lisbon for the first time in 15 years last November, and I really felt like I had come home. And when we took a day trip to Cascais it was as if I hadn’t left. As I walked to the square, where Alice spends a lot of her time, I was worried it would have changed. But it was the same. There was also an unexpected surprise – an old friend who had left many years before and we thought we’d never see again had returned to work there. He waved at us, we waved back, hugged, had a chat over a coffee and I realised that what I had written about in The House That Alice Built really was a reflection of how life is there, and not just out of my fevered imagination.

We went off exploring then came back to the square for another coffee. This time there was a busker playing next to the statue of Luis de Camoes, and as we sat down I said to a waiter that we only wanted a drink, to which he responded – “What more could you want – music, wine, love!”

Oh, Cascais, how I had missed you!

And so, when I came home to the UK and carried on writing New Beginnings, I wanted to reflect that in how Alice felt when she got off the plane at Lisbon airport after spending a few months in London sorting out her house.

This time, she begins to explore Lisbon more and ventures over the Tagus south across the River Sado. On our visit to the city in November, we visited Time Out – the food court opposite Cais de Sodre station – quite a few times, found ourselves in a restaurant in Santos which is an area I had never visited before, ambled along the Tagus at dusk, and revisited Casa De Alentejo. We also took a trip to the Museum of Fado, and ate quite a few pasteis de natas. Needless to say there’s a hint of all of those experiences in the novel.

I was supposed to revisit Lisbon in May, but that’s been put on hold. But when I do get to go back, my first stop will be at the bar along the river where all the chairs face west so you can have a drink and watch the sun set over the Ponte 25 de Abril – the bridge over the Tagus. Sigh ...

Alice Dorothy Matthews is on the road to paradise! She’s sold her house in London, got rid of her nasty ex and arranged her move to Portugal where friendship and romance awaits. All that’s left to do is find a place to call home.

But Alice’s dreams are called into question when complications with friends, work and new relationships make her Portuguese paradise feel far too much like reality.Will Alice’s dream of a new home in the sun come true? 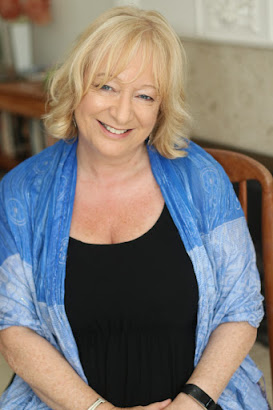