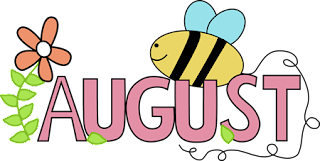 But hopefully August will bring long sunny days, and that will hopefully help me on my quest to reduce the book mountain TBR that has spiralled out of control again! There's a couple of Blog Tour reads for me this month, along with wanting to get my 20 Books of Summer challenge done and dusted - I'm halfway through so need to pick up the pace!.  Plus there's always the Netgalley shelf that needs serious action so August needs to be a very busy reading month for me!!

Here's some of the titles I'm hoping to get to!


ANYONE FOR EDMUND? by SIMON EDGE  - Blog Tour book

They dug up his bones. They didn’t know he had a mind of his own...Under tennis courts in the ruins of a great abbey, archaeologists find the remains of St Edmund, once venerated as England’s patron saint, but lost for half a millennium.Culture Secretary Marina Spencer, adored by those who have never met her, scents an opportunity. She promotes Edmund as a new patron saint for the United Kingdom, playing up his Scottish, Welsh and Irish credentials. Unfortunately these are pure fiction, invented by Mark Price, her downtrodden aide, in a moment of panic.The only person who can see through the deception is Mark’s cousin Hannah, a member of the dig team. Will she blow the whistle or help him out? And what of St Edmund himself, watching through the prism of a very different age?Splicing ancient and modern as he did in The Hopkins Conundrum and A Right Royal Face-Off, Simon Edge pokes fun at Westminster culture and celebrates the cult of a medieval saint in another beguiling and utterly original comedy.

THE BIRD IN THE BAMBOO CAGE by HAZEL GAYNOR
Blog Tour

When war imprisons them, only kindness will free them…
China, 1941. Elspeth Kent has fled an unhappy life in England for a teaching post at a missionary school in northern China. But when Japan declares war on the Allies and occupies the school, security and home comforts are replaced by privation, uncertainty and fear.
For ten-year-old Nancy Plummer and her school friends, now separated from their parents indefinitely, Miss Kent’s new Girl Guide patrol provides a precious reminder of home in a land where they are now the enemy.
Elspeth and her fellow teachers, and Nancy and her friends, need courage, friendship and fortitude as they pray for liberation. But worse is to come. Removed from the school, they face even greater uncertainty and danger at a Japanese internment camp, where cruelty and punishment reign.
Inspired by true events, this is an unforgettable read about a remarkable community faced with unimaginable hardship, and the life-changing bonds formed in a distant corner of a terrible war.
HERE AND NOW by SANTA MONTEFIORE
Netgalley

From internationally bestselling author Santa Montefiore—a touching and bittersweet intergenerational story about family and the power of memory.Meet Marigold and Dennis, two happily married empty-nesters in their late sixties. They should be enjoying their golden years in the idyllic English village where they live. But when their two grown daughters, Daisy and Suze, move back into the family home, both mother and father must learn how to deal with the upheaval.Meanwhile, as Daisy and Suze soak in the familiar comforts of home, they soon discover that their mother isn’t quite the same woman she was a few years ago. Sure, she is still kind-hearted and always willing to help, but something about their mom is different, and it’s becoming harder and harder for the family to ignore. For the first time in their lives, Dennis and his daughters find themselves caring for Marigold rather than the other way around.Here and Now is a gorgeously evocative novel brimming with characters who are so recognizable they’ll walk right off the page and into your heart. This is a novel about what it means to grow up and to grow wise, and how the new generation learns to carry family memories and hope into the future.

The electrifying new novel from the Man Booker-shortlisted author of Everything UnderAfter a serious case of school bullying becomes too much to bear, sisters July and September move across the country with their mother to a long-abandoned family home.In their new and unsettling surroundings, July finds that the deep bond she has always had with September – a closeness that not even their mother is allowed to penetrate – is starting to change in ways she cannot entirely understand.Inside the house the tension among the three women builds, while outside the sisters meet a boy who tests the limits of their shared experiences.With its roots in psychological horror, Sisters is a taut, powerful and deeply moving account of sibling love that cements Daisy Johnson's place as one of the most inventive and exciting young writers at work today.

THE TRIALS OF KOLI by M.R.CAREY
review copy

The Trials of Koli is the second novel in M R. Carey’s breathtakingly original Rampart trilogy, set in a strange and deadly world of our own making.Beyond the walls of Koli’s small village lies a fearsome landscape filled with choker trees, vicious beasts and shunned men. As an exile, Koli’s been forced to journey out into this mysterious, hostile world. But he heard a story, once. A story about lost London, and the mysterious tech of the Old Times that may still be there. If Koli can find it, there may still be a way for him to redeem himself – by saving what’s left of humankind.