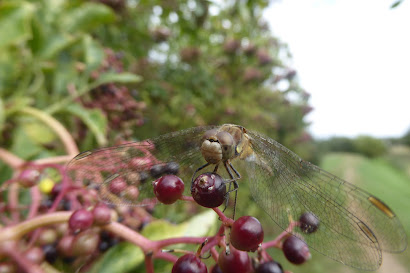 Happy Saturday!! Another crazy week has flown by and it seems that Summer is now over by the weather we've had these past few days! It was nice while it lasted I guess!
On the book front I've found myself a little distracted this past week and haven't been as engaged with reading or the bookish community as much as I would have liked so hope it's just a temporary blip!  I have managed to finish 2 books so it wasn't a complete washout and there has been some lovely bookmail for me to enjoy! The bookshelves are creaking under the weight of books again!!
Here's my look back at the past 7 days....
BOOKS FINISHED 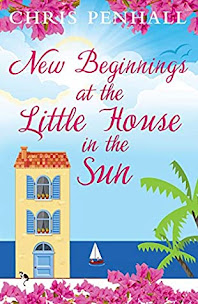 THOSE WHO KNOW by ALIS HAWKINS - 5 STARS 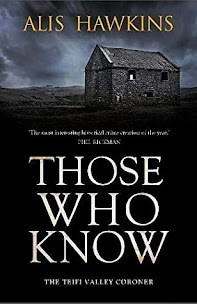 BOOKHAUL
Nothing from Netgalley!!! Wahoo!!
Some lovely books arrived for review from lovely publishers!
THE MEMORY OF SOULS by JENN LYONS
published by Tor Books 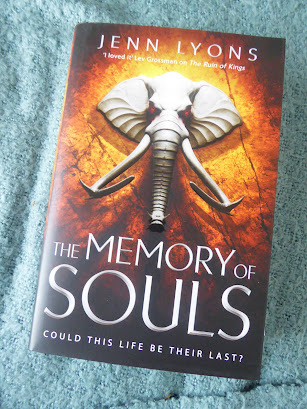 WHAT IF YOU'RE THE ONE WHO HAS TO DIE?Now that the city of Atrine has been destroyed and Relos Var's plan to free the dark god Vol Karoth has been revealed—the end of the world is closer than ever.To buy time for humanity, Kihrin, Janel, and Thurvishar must convince the king of the Manol vané to perform an ancient ritual that will strip the vané of their immortality—a ritual that certain vané will do anything to prevent. Including assassinating the ones bringing the news.Worse, Kihrin must come to terms with the horrifying possibility that his connection to Vol Karoth is steadily growing in strength. How can Kihrin hope to save anyone when he might turn out to be the greatest threat of them all?A Chorus of Dragons seriesThe Ruin of KingsThe Name of All ThingsThe Memory of Souls
And 2 lovely books from Gallic Books, ahead of their release in November 2020. 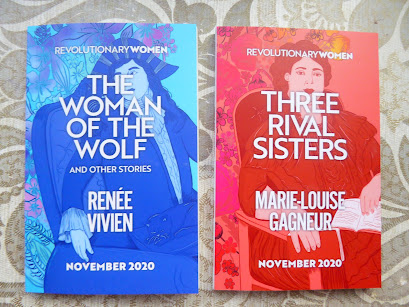 THE WOMAN OF THE WOLF by RENEE VIVIEN
A woman rides crocodiles like horses. A queen gives up her throne for her dignity. And Prince Charming is not who you might think . . .
The Woman of the Wolf and Other Stories, written in 1904, is perhaps the finest work by sapphic poet Renée Vivien. Blending myth, fairy story and biblical tale, Vivien creates powerful portraits of strong women who stand up for what they believe in – and of the aggrieved men who trail behind them.
Bold, defiant and suffused with a unique poetic voice, this scintillating collection of short stories offers a radical alternative to traditional lore.
THREE RIVAL SISTERS by MARIE-LOUISE GAGNEUR
Much acclaimed amongst her contemporaries and yet all but forgotten today, Marie-Louise Gagneur was a defining voice in French feminism. These stories, translated into English for the first time, critique the restrictions of late nineteenth-century society and explore the ways in which both men and women are hurt by rigid attitudes towards marriage.In ‘An Atonement’, the Count de Montbarrey awakes one morning to find his wife dead, leaving him free to marry the woman he really loves. Could the Count have accidentally killed his wife? And how can he atone for his crime?‘Three Rival Sisters’ tells the story of the rivalry between Henriette, Renée and Gabrielle as they compete for the affections of one man. But marriage does not necessarily guarantee happiness, as the sisters are about to find out.Steeped in wit, empathy and biting social criticism, and with echoes of Charlotte Perkins Gilman and Kate Chopin, these stories show Gagneur to be worthy of renewed attention.
And I've managed to treat myself this month too, with 2 beauties arriving from Goldsboro Books
EIGHT DETECTIVES by ALEX PAVESI 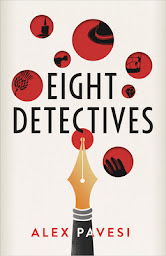 All murder mysteries follow a simple set of rules. Grant McAllister, an author of crime fiction and professor of mathematics, once sat down and worked them all out.But that was thirty years ago. Now he's living a life of seclusion on a quiet Mediterranean island - until Julia Hart, a sharp, ambitious editor, knocks on his door. His early work is being republished and together the two of them must revisit those old stories: an author, hiding from his past, and an editor, keen to understand it.But as she reads, Julia is unsettled to realise that there are things in the stories that don't make sense. Intricate clues that seem to reference a real murder, one that's remained unsolved for thirty years.Julia realises she's unwittingly entered a battle of wits where there can only be one winner. But Grant will soon realise that he underestimates her at his peril...
THE MIDNIGHT LIBRARY by MATT HAIG 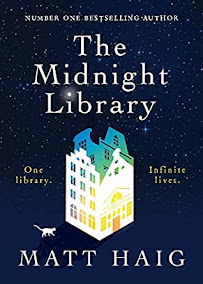 'Between life and death there is a library, and within that library, the shelves go on forever. Every book provides a chance to try another life you could have lived. To see how things would be if you had made other choices... Would you have done anything different, if you had the chance to undo your regrets?'A dazzling novel about all the choices that go into a life well lived, from the internationally bestselling author of Reasons to Stay Alive and How To Stop Time.Somewhere out beyond the edge of the universe there is a library that contains an infinite number of books, each one the story of another reality. One tells the story of your life as it is, along with another book for the other life you could have lived if you had made a different choice at any point in your life. While we all wonder how our lives might have been, what if you had the chance to go to the library and see for yourself? Would any of these other lives truly be better?In The Midnight Library, Matt Haig's enchanting novel, Nora Seed finds herself faced with this decision. Faced with the possibility of changing her life for a new one, following a different career, undoing old breakups, realizing her dreams of becoming a glaciologist; she must search within herself as she travels through the Midnight Library to decide what is truly fulfilling in life, and what makes it worth living in the first place.
CURRENTLY READING
THE UNWINDING by JACKIE MORRIS 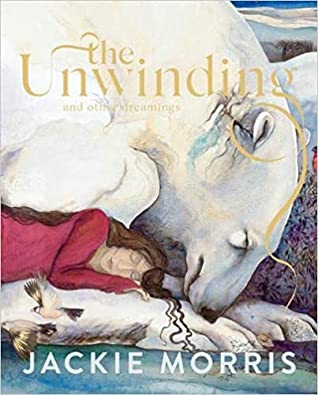