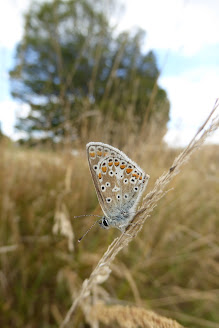 Hello!! Happy Saturday! Summer has arrived with a vengeance here in Essex and many parts of the UK, and it is way too hot for me!! I'm staying hidden indoors and in the shady spots and surviving on a diet of ice lollies!! There are positives to the heat!!On to the books, and it has been another really good reading week as I've managed to finish another 5 books!! And I've stayed well clear of Netgalley again but have done my bit to help out some small publishers who have been struggling and posted pleas on Twitter for people to place an order with them. I don't need asking twice to buy a book or two so now have 4 newbies to add to my shelves!So here is my look back at the past 7 days....

Any excuse to buy books eh!! So I did my bit to help some publishers who were having a tough time, along with many other bookish folk, so this is what has arrived!

THE MANY by WYL MENMUIR

On the surface, his move to the isolated village on the coast makes perfect sense. But the experience is an increasingly unsettling one for Timothy Bucchanan. A dead man no one will discuss. Wasted fish hauled from a contaminated sea. The dream of faceless men. Questions that lead to further questions. What truth are the villagers withholding? What fuels their interest and animosity towards him? And what pushes Timothy to dig deeper?

Beautiful Place is a novel about leaving and losing home and making family. It is about being oppressed and angry and wanting a better life – but how is a better life to be defined?

The Villa Hibiscus is a house by the sea on the exquisite southern coast of Sri Lanka, home to Padma, a young Sri Lankan woman. The owner of the villa, Gerhardt, is an elderly Austrian architect to whom Padma was taken when young by her scheming father, Sunny, who had hoped to seduce the wealthy new foreigner in the area with his attractive child. Gerhardt adopts Padma and pays Sunny to stay away until she’s grown up – when Gerhardt expects to have sent Padma to university, far away.

But Padma fails her exams and is lonely in the city, gladly returning to her beloved old home by the sea. With Gerhardt’s help she creates a guesthouse at the villa and soon guests start to arrive, opening new vistas for Padma through their friendship and love.

Then Sunny appears, ready to reclaim his daughter...

And from BLUEMOOSE BOOKS....

How would it be if four lunatics went on a tremendous adventure, reshaping their pasts and futures as they went, including killing Mussolini? What if one of those people were a fascinating, forgotten aristocratic assassin and the others a fellow life co-patient, James Joyce’s daughter Lucia, another the first psychoanalysis patient, known to history simply as ‘Anna O,’ and finally 19th Century Paris’s Queen of the Hysterics, Blanche Wittmann?

That would be extraordinary, wouldn't it? How would it all be possible? Because, as the assassin Lady Violet Gibson would tell you, those who are confined have the very best imaginations.

THE SOUND MIRROR by HEIDI JAMES

Tamara is going to kill her mother, but she isn't the villain. Tamara just has to finish what began at her birth and put an end to the damage encoded in her blood. Leaving her job in Communications, Tamara dresses carefully and hires a car, making the trip from London to her hometown in Kent, to visit her mother for the last time. Accompanied by a chorus of ancestors, Tamara is harried by voices from the past and the future that reveal the struggles, joys and secrets of these women's lives that continue to echo through and impact her own.