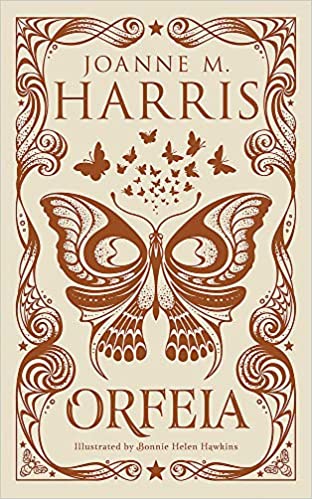 A huge delight to be the latest stop on the Blog Tour today for ORFEIA by JOANNE HARRIS. My thanks to the author, publisher and Anne of Random Things Tours for letting me be part of it all and sharing my review!
ABOUT THE BOOK
The stunning new novella from No 1 bestselling author Joanne Harris:

Orfeia is a gender-flipped retelling of the Orpheus Myth, beautifully illustrated by Bonnie Helen Hawkins When you can find me an acre of land, Every sage grows merry in time, Between the ocean and the sand Then will you be united again. So begins a beautiful and tragic quest as a heartbroken mother sets out to save her lost daughter, through the realms of the real, of dream, and even into the underworld itself. But determination alone is not enough. For to save something precious, she must give up something precious, be it a song, a memory, or her freedom itself . . .

“It may be a little book, but it has considerable power to enchant” – METRO on A Pocketful of Crows

“Love, treachery, the call of the ocean: this wintry modern fairy tale features all three… perfect for anyone who loves a good story.” MAIL ON SUNDAY on The Blue Salt Road 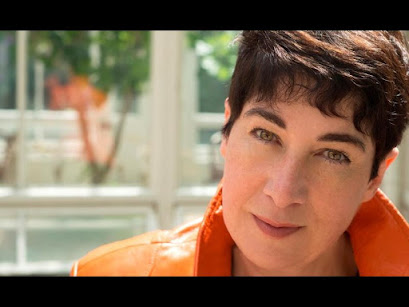 Joanne Harris is an Anglo-French writer, whose books include fourteen novels, two cookbooks and many short stories. Her work is extremely diverse, covering aspects of magic realism, suspense, historical fiction, mythology and fantasy. In 2000, her 1999 novel CHOCOLAT was adapted to the screen, starring Juliette Binoche and Johnny Depp.
CHOCOLAT has sold over a million copies in the UK alone and was a global bestseller. She is an Honorary Fellow of St Catherine’s College, Cambridge, and in 2013 was awarded an MBE by the Queen. Her hobbies are listed in Who's Who as 'mooching, lounging, strutting, strumming, priest-baiting and quiet subversion'. She plays bass guitar in a band first formed when she was 16 and runs the musical storytelling show Storytime. Joanne lives with her husband in Yorkshire, about 15 miles from the place she was born. Find out more at www.joanne-harris.co.uk or follow her on Twitter @Joannechocolat

A truly magical retelling of the Orpheus myth that draws deeply on the emotions of loss and grief and the journey that your state of mind may take you on in those darkest times.

Fay is struggling to cope with the loss of her daugher Daisy.  She is drifting along, feeling out of place and without purpose.  She has turned to a counsellor to try and help her make sense of where she finds herself  but she finds herself going through the motions of life and just telling the counsellor what she thinks she wants to hear without really acknowledging the pain she is feeling.

She takes to running at night and feels more at home amongst the darkness and is led on a journey by those she meets to a place where she is led to believe she can save her daughter.

Abandoned London is the place she finds herself, a place that has been taken over by nature, a wild place and somewhere she feels more at peace than anywhere else of late. There are those there to help her but some want to lead her on the wrong path and get her to make the wrong choices - who does she believe?

What i loved about this book was the emotion and the despair that Fay felt was so believable.  When grief has you alive but not living.  Her world had been shrunk by the darkness around her and she was struggling to see any light.

I really love these re-tellings! And the beautiful illustrations work so well alongside the story.

A magical, emotional and captivating tale. 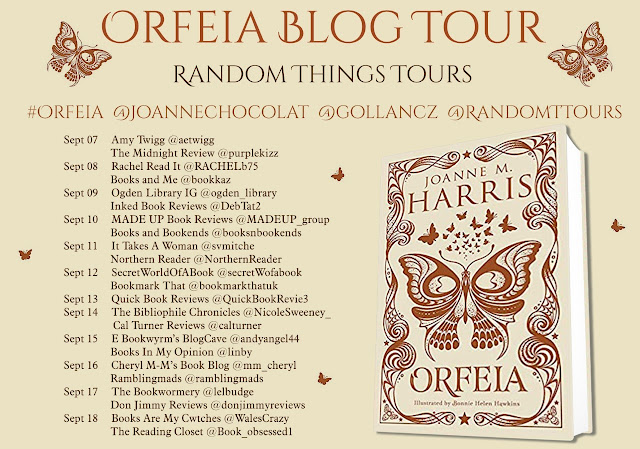