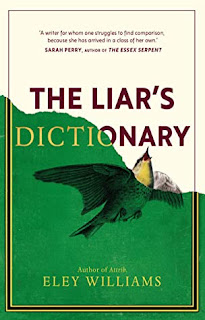 ABOUT THE BOOK
Mountweazel n. the phenomenon of false entries within dictionaries and works of reference. Often used as a safeguard against copyright infringement.Peter Winceworth, a disaffected Victorian lexicographer, inserts false entries into a dictionary – violating and subverting the dictionary’s authority – in an attempt to assert some sense of individual purpose and artistic freedom. In the present day, Mallory, a young overworked and underpaid intern employed by the dictionary’s publishing house, is tasked with uncovering these entries before the work is digitised. As the novel progresses and their narratives combine, as Winceworth imagines who will find his fictional words in an unknown future and Mallory discovers more about the anonymous lexicographer’s life through the clues left in his fictitious entries, both discover how they might negotiate the complexities of an absurd, relentless, untrustworthy, hoax-strewn, undefinable life.Braiding together contemporary and historical narratives, the novel explores themes of trust, agency and creativity, celebrating the rigidity, fragility and absurdity of language.

What a read! It's an ode to words and those who love them and really appealed to my nit picking mind in using words properly! What they mean, or don't!, and how they're used in life and I just adored the characters and escapism of this story! Definitely a book that is a little different than many and an office cat called Tits! Need I say anymore?!It is a book that picks up on the complexities of language. The quirks of words and their meaning. And the work of lexicographers! Separated by a hundred years, but their methods and personalities are very similar. The modern day lexicographer discovers some anomalies from a previous custodian of the 'words' in the book they publish and sets out to track them all down! Not an easy task when they don't know just how many 'fake' words have been created.I loved both timelines - Peter Winceworth back in 1899 is a wonderful character who feels invisible and struggles with feeling undervalued. So to be rebellious he creates words, knowing that those around him won't notice but intrigued by those who will pick up on these false entries in the future!And that honour falls on Mallory, who is working on digitalising the dictionary when the 'errors' are spotted. As he looks into the history of the company he is intrigued by the kind of character who would make up words - almost a kindred spirit!It's a book that is more than just words though as it concentrates on these quieter characters in their lives and their struggles and emotions. There's struggles with sexuality, dealing with death threats and the act of creating a character trait for yourself out of boredom and then having to live that lie! It was just one of those books that I found myself totally absorbed in the worlds created, and wishing the words created were real too!!