How the flipping flip is is September already??!!  And why do they have to keep releasing books??!!!   I'm still fighting a losing battle to read ALL THE BOOKS, and even just some of the books seems a mountain to climb right now haha!!

But does that stop us?! No it blooming doesn't!! So I'm back again to try and give myself a little push in the right direction for the reading month ahead!  And it seems to be BIG BOOK month with some of the releases I have lined up, so I don't think I'll be denting the TBR pile too much this month! 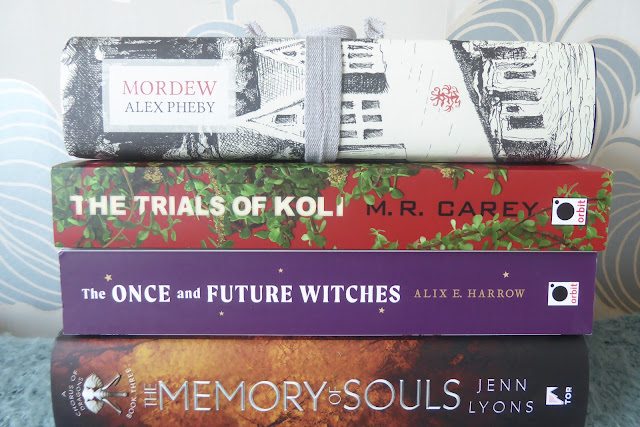 GOD IS DEAD, his corpse hidden in the catacombs beneath Mordew.In the slums of the sea-battered city a young boy called Nathan Treeves lives with his parents, eking out a meagre existence by picking treasures from the Living Mud and the half-formed, short-lived creatures it spawns. Until one day his desperate mother sells him to the mysterious Master of Mordew.The Master derives his magical power from feeding on the corpse of God. But Nathan, despite his fear and lowly station, has his own strength – and it is greater than the Master has ever known. Great enough to destroy everything the Master has built. If only Nathan can discover how to use it.So it is that the Master begins to scheme against him – and Nathan has to fight his way through the betrayals, secrets, and vendettas of the city where God was murdered, and darkness reigns…… WELCOME TO MORDEW – THE FIRST IN A MONUMENTAL NEW TRILOGY FROM THE WELLCOME BOOK PRIZE-SHORTLISTED AUTHOR, ALEX PHEBY

THE TRIALS OF KOLI by M.R.CAREY

Koli has been cast out from Mythen Rood. Behind him are his family and the safety of the known. Ahead, the embrace of the deadly forests awaits.But Koli heard a story, once. A story about lost London, where the tech of old times was so plentiful it was just lying on the streets. And if he can safely lead Ursula, Cup and Monono to this sparkling city, maybe he can save the rest of humanity, too.In a world where a journey of two miles is an odyssey, he's going to walk two hundred. But the city is not what it once was...and around him, Ingland is facing something it hasn't seen in three centuries: war.

THE ONCE AND FUTURE WITCHES by ALIX E.HARROW

In 1893, there's no such thing as witches. There used to be, in the wild, dark days before the burnings began, but now witching is nothing but tidy charms and nursery rhymes. If the modern woman wants any measure of power, she must find it at the ballot box.But when the Eastwood sisters--James Juniper, Agnes Amaranth, and Beatrice Belladonna--join the suffragists of New Salem, they begin to pursue the forgotten words and ways that might turn the women's movement into the witch's movement. Stalked by shadows and sickness, hunted by forces who will not suffer a witch to vote-and perhaps not even to live-the sisters will need to delve into the oldest magics, draw new alliances, and heal the bond between them if they want to survive.There's no such thing as witches. But there will be.

THE MEMORY OF SOULS by JENN LYONS

WHAT IF YOU'RE THE ONE WHO HAS TO DIE?Now that the city of Atrine has been destroyed and Relos Var's plan to free the dark god Vol Karoth has been revealed—the end of the world is closer than ever.To buy time for humanity, Kihrin, Janel, and Thurvishar must convince the king of the Manol vané to perform an ancient ritual that will strip the vané of their immortality—a ritual that certain vané will do anything to prevent. Including assassinating the ones bringing the news.Worse, Kihrin must come to terms with the horrifying possibility that his connection to Vol Karoth is steadily growing in strength. How can Kihrin hope to save anyone when he might turn out to be the greatest threat of them all? 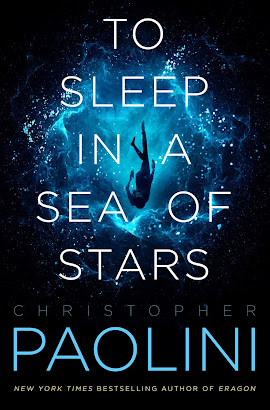 "To Sleep in a Sea of Stars is a brand new epic novel from New York Times bestselling author Christopher Paolini.Kira Navárez dreamed of life on new worlds.Now she's awakened a nightmare.During a routine survey mission on an uncolonized planet, Kira finds an alien relic. At first she's delighted, but elation turns to terror when the ancient dust around her begins to move.As war erupts among the stars, Kira is launched into a galaxy-spanning odyssey of discovery and transformation. First contact isn't at all what she imagined, and events push her to the very limits of what it means to be human.While Kira faces her own horrors, Earth and its colonies stand upon the brink of annihilation. Now, Kira might be humanity's greatest and final hope . . ."
DEAR READER by CATHY RENTZENBRINK 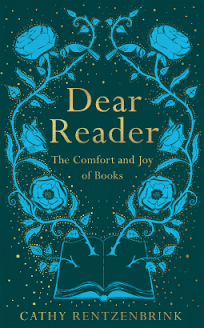 'Reading has saved my life, again and again, and has held my hand through every difficult time'For as long as she can remember, Cathy Rentzenbrink has lost and found herself in stories. Growing up she was rarely seen without her nose in a book and read in secret long after lights out. When tragedy struck, books kept her afloat. Eventually they lit the way to a new path, first as a bookseller and then as a writer. No matter what the future holds, reading will always help.Dear Reader is a moving, funny and joyous exploration of how books can change the course of your life, packed with recommendations from one reader to another.
📚📚📚
There are more books I'm hoping to get to in the month ahead, but I have serious doubts as to whether I will get to them with some of these monsters ahead of me!! Wish me luck!!!
What are you looking forward to reading this month?!