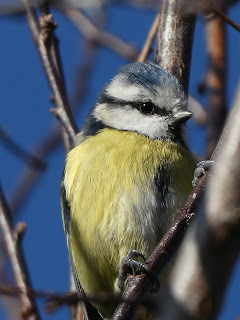 Hello!  And Farewell to October!  Time to start writing those bookish wish lists to Santa - if you've been good enough this year of course!!  I think we all definitely deserve extra bookish gifts this year.....

And it's been a good bookish week for me with 5 books finished this week! Back on track again! I bet it doesn't last! So I rewarded myself with a visit to Netgalley and 3 new approvals, treated myself to 3 books from Goldsboro Books and received a book for review! So yay for books!!

WHEN THE MUSIC STOPS by JOE HEAP - 5 STARS

BOOKHAUL
Shall we start with the evil Netgalley....
THE DECEPTION OF HARRIET FLEET by HELEN SCARLETT
publication date - 31st October 2020

Dark and brimming with suspense, an atmospheric Victorian chiller set in brooding County Durham for fans of Stacey Halls and Laura Purcell1871. An age of discovery and progress. But for the Wainwright family, residents of the gloomy Teesbank Hall in County Durham the secrets of the past continue to overshadow their lives.Harriet would not have taken the job of governess in such a remote place unless she wanted to hide from something or someone. Her charge is Eleanor, the daughter of the house, a fiercely bright eighteen-year-old, tortured by demons and feared by relations and staff alike. But it soon becomes apparent that Harriet is not there to teach Eleanor, but rather to monitor her erratic and dangerous behaviour – to spy on her.Worn down by Eleanor’s unpredictable hostility, Harriet soon finds herself embroiled in Eleanor’s obsession – the Wainwright’s dark, tragic history. As family secrets are unearthed, Harriet’s own begin to haunt her and she becomes convinced that ghosts from the past are determined to reveal her shameful story.For Harriet, like Eleanor, is plagued by deception and untruths.
A NET FOR SMALL FISHES by LUCY JAGO
publication date - February 2021

Based on the true scandal that rocked the court of James I, A Net for Small Fishes is the most gripping novel you'll read this year: an exhilarating dive into the pitch-dark waters of the Jacobean courtFrances Howard has beauty and a powerful family - and is the most unhappy creature in the world.Anne Turner has wit and talent - but no stage on which to display them. Little stands between her and the abyss of destitution.When these two very different women meet in the strangest of circumstances, a powerful friendship is sparked. Frankie sweeps Anne into a world of splendour that exceeds all she imagined: a Court whose foreign king is a stranger to his own subjects; where ancient families fight for power, and where the sovereign's favourite may rise and rise - so long as he remains in favour.With the marriage of their talents, Anne and Frankie enter this extravagant, savage hunting ground, seeking a little happiness for themselves. But as they gain notice, they also gain enemies; what began as a search for love and safety leads to desperate acts that could cost them everything.
THE ABSOLUTE BOOK by ELIZABETH KNOX
publication date - February 2021

Taryn Cornick believes her sister Bea was deliberately run down and killed. She believes it so hard she allows a man called the Muleskinner to exact the justice Bea was denied. An eye for an eye.Which is when Taryn's problems really begin.Because the police suspect Taryn's involvement in the death.Worse, others have their eyes on Taryn - those in a faraway place who know what Taryn's family have been carefully hiding in their vast library. The Absolute Book.They want it - and they want Taryn to help find it.For the lives of those in more than one world depend upon it...
And then I treated myself to some lovely books from GOLDSBORO BOOKS...
THE DEVIL AND THE DARK WATER by STUART TURTON

A murder on the high seas. A detective duo. A demon who may or may not exist.It's 1634 and Samuel Pipps, the world's greatest detective, is being transported to Amsterdam to be executed for a crime he may, or may not, have committed. Travelling with him is his loyal bodyguard, Arent Hayes, who is determined to prove his friend innocent.But no sooner are they out to sea than devilry begins to blight the voyage. A twice-dead leper stalks the decks. Strange symbols appear on the sails. Livestock is slaughtered.And then three passengers are marked for death, including Samuel.Could a demon be responsible for their misfortunes?With Pipps imprisoned, only Arent can solve a mystery that connects every passenger onboard. A mystery that stretches back into their past and now threatens to sink the ship, killing everybody on board.
THE ORDER OF THE PURE MOON REFLECTED IN WATER by ZEN CHO

Zen Cho returns with a found family wuxia fantasy that combines the vibrancy of old school martial arts movies with characters drawn from the margins of history.A bandit walks into a coffeehouse, and it all goes downhill from there. Guet Imm, a young votary of the Order of the Pure Moon, joins up with an eclectic group of thieves (whether they like it or not) in order to protect a sacred object, and finds herself in a far more complicated situation than she could have ever imagined.
PEOPLE OF ABANDONED CHARACTER by CLARE WHITFIELD

London, 1888: Susannah rushes into marriage to a young and wealthy surgeon. After a passionate honeymoon, she returns home with her new husband wrapped around her little finger. But then everything changes.

Thomas's behavior becomes increasingly volatile and violent. He stays out all night, returning home bloodied and full of secrets. The gentle caresses she enjoyed on her wedding night are now just a honeyed memory.

When the first woman is murdered in Whitechapel, Susannah's interest is piqued. But as she follows the reports of the ongoing hunt for the killer, her mind takes her down the darkest path imaginable. Every time Thomas stays out late, another victim is found dead.

Is it coincidence? Or is her husband the man they call Jack the Ripper?
THE TREASURE IN THE TOWER by ROB KEELEY
copy from author for review

A school trip to historic Deanchester becomes more exciting when Jess and her friends discover the city hides a secret treasure. Local historian Dr Joseph Pyrite left a series of clues scattered around Deanchester’s landmarks, which Jess, Mason and Kessie are determined to solve. But they only have three days. And they have competition. A series of increasingly cunning tricks awaits Jess and her party as they try to beat Perdita and Thomas to the treasure. 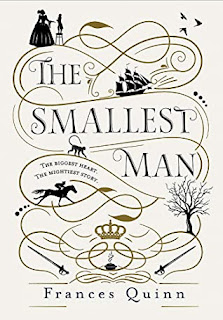