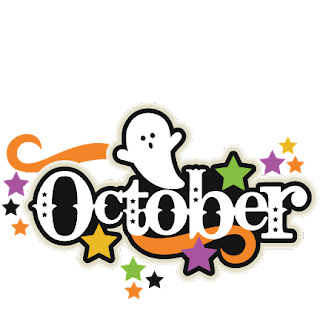 Hello all and Happy October!! Not much more left of this blooming year! Well done to us all for making it this far!!  And the books are hopefully keeping us as sane as can be!!
So I'm in need of organising again on the reading front as I'm spiralling out of control once more with books on the TBR pile and not enough hours in the day to read them all! So hopefully this little list will help focus my mind a little better and keep me on track!
Just one Blog Tour book left to read for the month ahead - go me! - so I'm hoping to focus a little more on the netgalley shelves and my own personally bought copies of books!  Let's see how I can get on!!
WHEN I COME HOME AGAIN by CAROLINE SCOTT

How can you know who you are, when you choose to forget who you’ve been?

November 1918. On the cusp of the end of the First World War, a uniformed soldier is arrested in Durham Cathedral. It quickly becomes clear that he has no memory of who he is or how he came to be there. The soldier is given the name Adam and transferred to a rehabilitation home where his doctor James tries everything he can to help Adam remember who he once was. There’s just one problem. Adam doesn’t want to remember. Unwilling to relive the trauma of war, Adam has locked his mind away, seemingly for good. But when a newspaper publishes Adam’s photograph, three women come forward, each just as certain that Adam is their relative and that he should go home with them. But does Adam really belong with any of these women? Or is there another family waiting for him to come home?Based on true events, When I Come Home Again is a deeply moving and powerful story of a nation’s outpouring of grief, and the search for hope in the aftermath of the First World War.

1957, south-east suburbs of London.Jean Swinney is a feature writer on a local paper, disappointed in love and - on the brink of forty - living a limited existence with her truculent mother: a small life from which there is no likelihood of escape.When a young Swiss woman, Gretchen Tilbury, contacts the paper to claim that her daughter is the result of a virgin birth, it is down to Jean to discover whether she is a miracle or a fraud. But the more Jean investigates, the more her life becomes strangely (and not unpleasantly) intertwined with that of the Tilburys: Gretchen is now a friend, and her quirky and charming daughter Margaret a sort of surrogate child. And Jean doesn't mean to fall in love with Gretchen's husband, Howard, but Howard surprises her with his dry wit, his intelligence and his kindness - and when she does fall, she falls hard.But he is married, and to her friend - who is also the subject of the story she is researching for the newspaper, a story that increasingly seems to be causing dark ripples across all their lives. And yet Jean cannot bring herself to discard the chance of finally having a taste of happiness...But there will be a price to pay, and it will be unbearable.
CHARLES I's  EXECUTIONERS by JAMES HOBSON

On an icy winter's day in January 1649, a unique event in English history took place on a scaffold outside of Whitehall: Charles I, King of England, was executed. The king had been held to account and the Divine Right of Kings disregarded. Regicide, a once-unfathomable act, formed the basis of the Commonwealth's new dawn.

The killers of the king were soldiers, lawyers, Puritans, Republicans and some simply opportunists, all brought together under one infamous banner. While the events surrounding Charles I and Cromwell are well-trodden, the lives of the other fifty-eight men - their backgrounds, ideals and motives - has been sorely neglected.

Their stories are a powerful tale of revenge and a clash of beliefs; their fates determined by that one decision. When Charles II was restored he enacted a deadly wave of retribution against the men who had secured his father's fate. Some of the regicides pleaded for mercy, many went into hiding or fled abroad; others stoically awaited their sentence. This is their shocking story: the ideals that united them, and the decision that unmade them.
WHEN THE MUSIC STOPS by JOE HEAP

This is the story of Ella.And Robert.And of all the things they should have said, but never did.Through seven key moments and seven key people their journey intertwines.From the streets of Glasgow during WW2 to the sex, drugs and rock n’ roll of London in the 60s and beyond, this is a story of love and near misses. Of those who come in to our lives and leave it too soon. And of those who stay with you forever…

GOD IS DEAD, his corpse hidden in the catacombs beneath Mordew.In the slums of the sea-battered city a young boy called Nathan Treeves lives with his parents, eking out a meagre existence by picking treasures from the Living Mud and the half-formed, short-lived creatures it spawns. Until one day his desperate mother sells him to the mysterious Master of Mordew.The Master derives his magical power from feeding on the corpse of God. But Nathan, despite his fear and lowly station, has his own strength – and it is greater than the Master has ever known. Great enough to destroy everything the Master has built. If only Nathan can discover how to use it.So it is that the Master begins to scheme against him – and Nathan has to fight his way through the betrayals, secrets, and vendettas of the city where God was murdered, and darkness reigns…
EARTHLINGS by SAYAKA MURATA

Natsuki isn't like the other girls. She has a wand and a transformation mirror. She might be a witch, or an alien from another planet. Together with her cousin Yuu, Natsuki spends her summers in the wild mountains of Nagano, dreaming of other worlds. When a terrible sequence of events threatens to part the two children forever, they make a promise: survive, no matter what.Now Natsuki is grown. She lives a quiet life with her asexual husband, surviving as best she can by pretending to be normal. But the demands of Natsuki's family are increasing, her friends wonder why she's still not pregnant, and dark shadows from Natsuki's childhood are pursuing her. Fleeing the suburbs for the mountains of her childhood, Natsuki prepares herself with a reunion with Yuu. Will he still remember their promise? And will he help her keep it?
THE BOOK CLUB by C.J.COOPER

Can you trust the woman next door?The book club was her idea, of course. Alice's.It was her way into our group. A chance to get close.I knew from the day she arrived that she couldn't be trusted.And I was right.Because Alice didn't come to the village for peace and quiet.She came for revenge.
LIFE IN PIECES by DAWN O'PORTER

Dawn O'Porter has been thinking about life. In lockdown. Mostly from a cupboard.From reflections on grief and identity, bad hair and parenting, sleep and spirituality, to the things we can control and the things we cannot, Dawn’s daily diaries track the journey – for a hilarious, heartbreaking and highly entertaining glimpse into the new normal.LIFE IN PIECES is a book for anyone who’s been thrown into a life they didn’t plan, or who just wants to stick it to 2020. When it looks like everything’s falling apart, we’ll piece it back together.

👻👻👻
Nice little mix there for me! And I'm sure there'll be others added to the list during the month ahead! What are you hoping to read this month?! Read any of these?! Which one should I start with?!
HAPPY READING!!
Posted by Books and Me! at Thursday, October 01, 2020