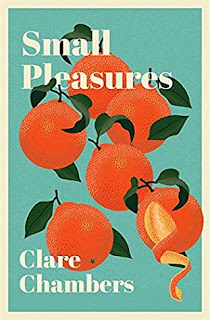 ABOUT THE BOOK
1957, south-east suburbs of London.
Jean Swinney is a feature writer on a local paper, disappointed in love and - on the brink of forty - living a limited existence with her truculent mother: a small life from which there is no likelihood of escape.When a young Swiss woman, Gretchen Tilbury, contacts the paper to claim that her daughter is the result of a virgin birth, it is down to Jean to discover whether she is a miracle or a fraud. But the more Jean investigates, the more her life becomes strangely (and not unpleasantly) intertwined with that of the Tilburys: Gretchen is now a friend, and her quirky and charming daughter Margaret a sort of surrogate child. And Jean doesn't mean to fall in love with Gretchen's husband, Howard, but Howard surprises her with his dry wit, his intelligence and his kindness - and when she does fall, she falls hard.But he is married, and to her friend - who is also the subject of the story she is researching for the newspaper, a story that increasingly seems to be causing dark ripples across all their lives. And yet Jean cannot bring herself to discard the chance of finally having a taste of happiness...But there will be a price to pay, and it will be unbearable.
PUBLISHED BY W&N
PURCHASE LINKS
Amazon
hive.co.uk
whsmith
MY REVIEW
This was one of those books that I picked up as I kept hearing so many good things about it from various sources and I'd like to thank each and every one of those people for introducing me to this quiet but entrancing novel! I didn't realise just how emotionally attached I had become to the story until I found my eyes leaking (an awful lot!) at the end!!It's a very understated book that just explores a wonderful character, Jean Swinney, who works at a local paper, a world dominated by men! Being the only female on the reporter side, she is sent to follow up a story where a mother claims her daughter is the result of a virgin birth. Seeing as the only family Jean has is a rather overbearing and permanently miserable mother, the more time she spends with Gretchen, her husband and their daughter Margaret, the more she is drawn into their lives and is drawn into the investigation into the past and the likelihood of this claim being true.This is a book that explores the quieter members of society and the ones finding freedom when they start living life for themselves instead of for others. In Jean, we see her take on this story with complete impartiality and intrigue and discovering the backstory to Gretchen was another fascinating aspect of the story.And then there was that ending.........heartbreaking!! If TV bosses are looking for another book to turn into a drama then look no further! This was a stunning read and definitely one of my books of 2020!!
★★★★★
Posted by Books and Me! at Friday, November 13, 2020