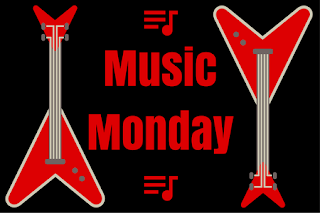 Is it Monday again already?! Racing through them now aren't we!! And I love Mondays now because of Music Monday - a weekly tag hosted by Drew over at The Tattooed Book Geek, and it's a weekly chance to share some favourite tunes and videos!
I seem to have fallen down an Eighties movie rabbit hole recently, and that's what I'm sharing again today! Pretty in Pink by Psychedelic Furs!! Turn it up!!!
Caroline laughs and it's raining all day
She loves to be one of the girls
She lives in the place in the side of our lives
Where nothing is ever put straight
She turns her self round and she smiles and she says
"This is it that's the end of the joke"
And loses herself in her dreaming and sleep
And her lovers walk through in their coaches
Pretty in pink, isn't she?
Pretty in pink, isn't she?
All of her lovers all talk of her notes
And the flowers that they never sent
And wasn't she easy?
Isn't she pretty in pink?
The one who insists he was first in the line
Is the last to remember her name
He's walking around in this dress that she wore
She is gone but the joke's the same
Pretty in pink, isn't she?
Pretty in pink, isn't she?
Caroline talks to you softly sometimes
She says, "I love you" and "Too much"
She doesn't have anything you want to steal
Well nothing you can touch
She waves, she buttons your shirt
The traffic is waiting outside
She hands you this coat
She gives you her clothes
These cars collide
Pretty in pink, isn't she?
Pretty in pink, isn't she?
All their favorite rags are worn
And other kinds of uniform
Kitty, you're really free like individuality
You are what you want to be
Until tomorrow the driveway's broken
His doorbell sings its chimes
In time with what and for who
God knows why I tried this
Vicious drug and I shake
Source: Musixmatch
Songwriters: T. Butler / John Ashton / Duncan Kilburn / Roger Morris / R. Butler / Vince Ely