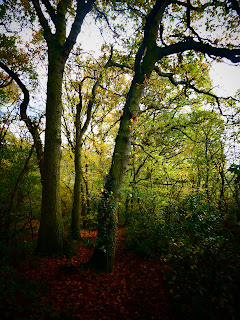 hello and Happy Saturday!!  I hope the week has treated you well! It's not been too bad here for me - nice enough weather to get out for a couple of walks! Anything to avoid the news!!
On the bookish front it's also been surprisingly productive - but not on the reviewing front! I seem to have a backlog!! Despite my best intentions to read, then review, I seem to have just been doing the reading part recently! Maybe I was hoping the book fairies would swoop in and write the reviews for me!! Oh how I wish that would happen!! Still, I'm sure I'll catch up on them all someday...
This week I managed to finish 6 books, one of which was an audiobook, so very happy with that! Just one visit to Netgalley too and a couple of books in the post to review!
Here's my look back...
BOOKS FINISHED
THE CHAIN by ADRIAN McKINTY (audiobook) - 3 STARS

THE ROSE IN FASHION by AMY DE LA HAYE - 5 STARS 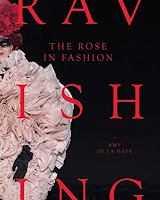 RACHEL TO THE RESCUE by ELINOR LIPMAN - 4 STARS

THE STORY OF ALICE by ROBERT DOUGLAS-FAIRHURST -  4 STARS

BOOKHAUL
Starting at Netgalley..
THE LIBRARY OF THE DEAD by T.L.HUCHU
publication date - March 2021 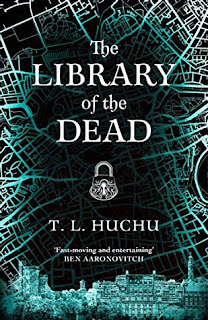 Sixth Sense meets Stranger Things in T. L. Huchu's The Library of the Dead, a sharp contemporary fantasy following a precocious and cynical teen as she explores the shadowy magical underside of modern Edinburgh.When a child goes missing in Edinburgh's darkest streets, young Ropa investigates. She'll need to call on Zimbabwean magic as well as her Scottish pragmatism to hunt down clues. But as shadows lengthen, will the hunter become the hunted?When ghosts talk, she will listen...Ropa dropped out of school to become a ghostalker. Now she speaks to Edinburgh's dead, carrying messages to the living. A girl's gotta earn a living, and it seems harmless enough. Until, that is, the dead whisper that someone's bewitching children--leaving them husks, empty of joy and life. It's on Ropa's patch, so she feels honor-bound to investigate. But what she learns will change her world.She'll dice with death (not part of her life plan...), discovering an occult library and a taste for hidden magic. She'll also experience dark times. For Edinburgh hides a wealth of secrets, and Ropa's gonna hunt them all down.
THREE WOMEN AND A BOAT by ANNE YOUNGSON
copy for review 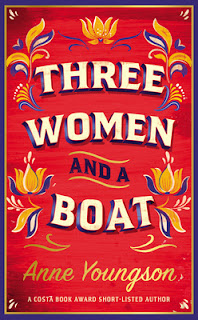 Eve expected Sally to come festooned with suitcases and overnight bags packed with everything she owned, but she was wrong. She arrived on foot, with a rucksack and a carrier bag.
‘I just walked away,’ she said, climbing on to the boat. Eve knew what she meant

Meet Eve, who has departed from her thirty-year career to become a Free Spirit; Sally, who has waved goodbye to her indifferent husband and two grown-up children; and Anastasia: defiantly independent narrowboat-dweller, suddenly vulnerable as she awaits a life-saving operation.

Inexperienced and ill-equipped, Sally and Eve embark upon a journey through the canals of England, guided by the remote and unsympathetic Anastasia. As they glide gently – and not so gently – through the countryside, the eccentricities and challenges of canalboat life draw them inexorably together, and a tender and unforgettable story unfolds.

Disarmingly truthful and narrated with a rare, surprising wit, THREE WOMEN AND A BOAT is a journey over the glorious waterways of England and into the unfathomable depths of the human heart.
OLD BONES by HELEN KITSON
out January 2021 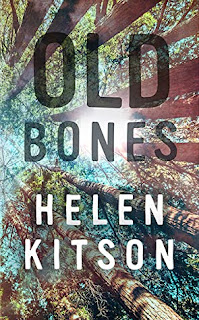 Diana and her sister Antonia are house-sharing spinsters who have never got over their respective first loves. Diana owns a gift shop, but rarely works there. Antonia is unemployed, having lost her teaching job at an all girls’ school following a shocking outburst in the classroom after enduring years of torment. Diana is a regular at the local library, Antonia enjoys her “nice” magazines, and they treat themselves to coffee and cake once a week in the village café.Naomi lives alone, haunted by the failure of her two marriages. She works in the library, doesn’t get on with her younger colleagues, and rarely cooks herself a proper meal. Secretly she longs for a Boden frock.When a body is discovered in the local quarry, all three women’s lives are turned upside down. And when Diana’s old flame Gill turns up unexpectedly, tensions finally spill over and threaten to destroy the outwardly peaceful lives all three women have carefully constructed around themselves.Helen takes us back to the fictional Shropshire village of Morevale in this, her brilliant second novel, which exposes the fragilities and strengths of three remarkably unremarkable elderly women.
CURRENTLY READING
???
I'm at that stage!! What do I pick up next!? Something that has been on the shelf for a while? A new release? A future release??!
Help!!!!!!
HAPPY READING!
Posted by Books and Me! at Saturday, November 14, 2020