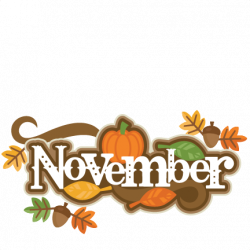 Another month flies by!! Scary!! Time to escape into even more books!!
And every November I try my best to pick up a few more non fiction books as I always find I do enjoy reading them, I just seem to need a bit of a kick to motivate myself to pick them up!!  So I've got a mix of non fiction and fiction that I'm hoping to read over the next month - we shall see how that goes!!
Non Fiction
WATERMARKS by LENIKA JANIUEREK

Lenka Janiurek's story really begins after the death of her mother when she was a small child, and speaks of the men who came to define her life; she is the daughter of a Polish immigrant father, the sister of five brothers, the wife of one husband, the lover of several men, and the mother of two more. Her memoir speaks of identity and trying to find your place in a country that isn't your own, within a family that doesn't feel like your own.This remarkable book traces Lenka's journey from the UK to Eastern Europe, from the 1960s to the present day. However, across the years, she remains haunted by the rage, addiction and despair of the men she is closest to. Alongside these challenges, she develops a powerful connection with the natural world, particularly water, which provides her with strength and joy.
THE STORY OF ALICE by ROBERT DOUGLAS-FAIRHURST

Wonderland is part of our cultural heritage – a shortcut for all that is beautiful and confusing; a metaphor used by artists, writers and politicians for 150 years.But beneath the fairy tale lies the complex history of the author and his subject: of Charles Dodgson, the quiet academic, and his second self, Lewis Carroll – storyteller, innovator and avid collector of 'child-friends'. And of his 'dream-child', Alice Liddell, and the fictional alter ego that would never let her grow up.This is their secret story: a history of love and loss, of innocence and ambiguity, and of one man’s need to make Wonderland his refuge in a rapidly changing world.Drawing on previously unpublished material, Robert Douglas-Fairhurst traces the creation and influence of the Alice books against a shifting cultural landscape – the birth of photography, changing definitions of childhood and sexuality and the tensions inherent in the transition between the Victorian and modern worlds.
THE PRINCESS DIARIST by CARRIE FISHER

The last book from beloved Hollywood icon Carrie Fisher, The Princess Diarist is an intimate, hilarious, and revealing recollection of what happened behind the scenes on one of the most famous film sets of all time, the first Star Wars movie.When Carrie Fisher discovered the journals she kept during the filming of the first Star Wars movie, she was astonished to see what they had preserved--plaintive love poems, unbridled musings with youthful naivet�, and a vulnerability that she barely recognized. Before her passing, her fame as an author, actress, and pop-culture icon was indisputable, but in 1977, Carrie Fisher was just a teenager with an all-consuming crush on her costar, Harrison Ford.With these excerpts from her handwritten notebooks, The Princess Diarist is Fisher's intimate and revealing recollection of what happened on one of the most famous film sets of all time--and what developed behind the scenes. Fisher also ponders the joys and insanity of celebrity, and the absurdity of a life spawned by Hollywood royalty, only to be surpassed by her own outer-space royalty. Laugh-out-loud hilarious and endlessly quotable, The Princess Diarist brims with the candor and introspection of a diary while offering shrewd insight into one of Hollywood's most beloved stars.
CHERRY INGRAM by NAOKO ABE

The irresistible story of Japanese cherry blossoms, threatened by political ideology and saved by an unknown EnglishmanCollingwood Ingram, known as ‘Cherry’ for his defining obsession, was born in 1880 and lived until he was a hundred, witnessing a fraught century of conflict and change.After visiting Japan in 1902 and 1907 and discovering two magnificent cherry trees in the garden of his family home in Kent in 1919, Ingram fell in love with cherry blossoms, or sakura, and dedicated much of his life to their cultivation and preservation.On a 1926 trip to Japan to search for new specimens, Ingram was shocked to see the loss of local cherry diversity, driven by modernisation, neglect and a dangerous and creeping ideology. A cloned cherry, the Somei-yoshino, was taking over the landscape and becoming the symbol of Japan's expansionist ambitions.The most striking absence from the Japanese cherry scene, for Ingram, was that of Taihaku, a brilliant ‘great white’ cherry tree. A proud example of this tree grew in his English garden and he swore to return it to its native home. Multiple attempts to send Taihaku scions back to Japan ended in failure, but Ingram persisted.Over decades, Ingram became one of the world’s leading cherry experts and shared the joy of sakura both nationally and internationally. Every spring we enjoy his legacy. ‘Cherry’ Ingram is a portrait of this little-known Englishman, a story of Britain and Japan in the twentieth century and an exploration of the delicate blossoms whose beauty is admired around the world.

Much acclaimed amongst her contemporaries and yet all but forgotten today, Marie-Louise Gagneur was a defining voice in French feminism. These stories, translated into English for the first time, critique the restrictions of late nineteenth-century society and explore the ways in which both men and women are hurt by rigid attitudes towards marriage.

In ‘An Atonement’, the Count de Montbarrey awakes one morning to find his wife dead, leaving him free to marry the woman he really loves. Could the Count have accidentally killed his wife? And how can he atone for his crime?

‘Three Rival Sisters’ tells the story of the rivalry between Henriette, Renée and Gabrielle as they compete for the affections of one man. But marriage does not necessarily guarantee happiness, as the sisters are about to find out.

Steeped in wit, empathy and biting social criticism, and with echoes of Charlotte Perkins Gilman and Kate Chopin, these stories show Gagneur to be worthy of renewed attention.
THE WOMAN OF THE WOLF by RENEE VIVIEN

A woman rides crocodiles like horses. A queen gives up her throne for her dignity. And Prince Charming is not who you might think . . .The Woman of the Wolf and Other Stories, written in 1904, is perhaps the finest work by sapphic poet Renée Vivien. Blending myth, fairy story and biblical tale, Vivien creates powerful portraits of strong women who stand up for what they believe in – and of the aggrieved men who trail behind them.Bold, defiant and suffused with a unique poetic voice, this scintillating collection of short stories offers a radical alternative to traditional lore
FACES ON THE TIP OF MY TONGUE by EMMANUELLE PAGANO

Meetings, partings, loves and losses in rural France are dissected with compassion.The late wedding guest isn’t your cousin but a drunken chancer. The driver who gives you a lift isn’t going anywhere but off the road. Snow settles on your car in summer and the sequins found between the pages of a borrowed novel will make your fortune. Pagano’s stories weave together the mad, the mysterious and the dispossessed of a rural French community with honesty and humour. A superb, cumulative collection from a unique French voice.
MR DARWIN'S GARDENER by KRISTINA CARLSON

A postmodern Victorian novel about faith, knowledge and our inner needs.The late 1870s, the Kentish village of Downe. The villagers gather in church one rainy Sunday. Only Thomas Davies stays away. The eccentric loner, father of two and a grief-stricken widower, works as a gardener for the notorious naturalist, Charles Darwin. He shuns religion. But now Thomas needs answers. What should he believe in? And why should he continue to live?
📚📚📚