Hugely delighted to be taking part in the Blog Tour today for THE SMALLEST MAN by FRANCES QUIN.  My thanks to the author, publisher and Anne of Random Things Tours for letting me be part of it all!!
ABOUT THE BOOK
The smallest man. The biggest heart. The mightiest story. A compelling story, perfect for fans of The Doll Factory and The Familiars.
Nat Davy longs to grow tall and strong and be like other boys, but at the age of ten, he’s confronted with the truth; he’s different, and the day when the stares and whispers stop is never going to come.
Narrowly escaping life in a freak show, he’s plucked from his family and presented as a gift to the new young queen of England – a human pet to add to her menagerie of dogs and monkeys. But when Nat realises she’s as lost and lonely as he is, the two misfits begin an unlikely friendship – one that takes him on an unforgettable journey, as England slides into the civil war that will tear it apart and ultimately lead the people to kill their king.
Inspired by a true story, and spanning two decades that changed England for ever, The Smallest Man is narrated by an irrepressible hero with his own unique perspective on life. His story is about being different, but not letting it hold you back. About being brave enough to take a chance, even if the odds aren’t good. And about how, when everything else is falling apart, true friendship holds people together.
PUBLISHED BY SIMON & SCHUSTER
PURCHASE LINKS
Amazon
hive.co.uk 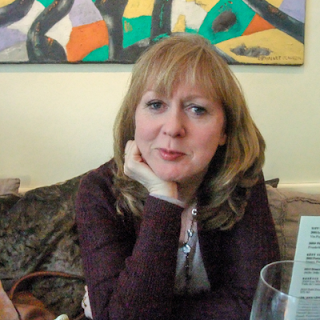 THE AUTHOR
Frances Quinn read English at King’s College, Cambridge, and is a journalist and copywriter. She has written for magazines including Prima, Good Housekeeping, She, Woman’s Weekly and Ideal Home. She lives in Brighton with her husband and who Tonkinese cats. The Smallest Man is her first novel. Follow her on Twitter @franquinn.
‘An enchanting tale about a small man with a big heart. Nat Davy is so charming that I couldn't bear to put this book down. I loved it’ Louise Hare, author of This Lovely City

I always love to learn about different characters in history, and this book has introduced me to such a character! The story of 'Nat' is based on the real life character Jeffrey Hudson, who found himself close to the royal action during the very turbulent times of the 17th Century.  Using this character gave a really fascinating insight into that period of history and to get his perspective of the goings on at Court, obviously with some artistic licence!

But in creating the character of Nat, it also allowed the story to develop as seeing life through the eyes of someone who was 'different' from everyone else and was stared at from a very young age.  This bought him to the attention of those with money, and coming from a very poor family, his father used this to his advantage to sell Nat to a wealthy family, who would then gift him to the new Queen as her 'toy'.

The Queen herself was very young and very new to society, so in Nat she found an ally and someone who could understand her feeling out of place.  I think the story gives a really good lesson in how to love yourself just as you are and not to try and be someone else.

As the  reign of  King Charles I is show to be more and more rocky, I loved how the story showed the darker times for the Royal Family building up to 'that' moment in history that still shocks to this day.

I really enjoyed the way the story was written and allowed a different perspective to a momentous time in British history and I look forward to reading more from this author in the future. 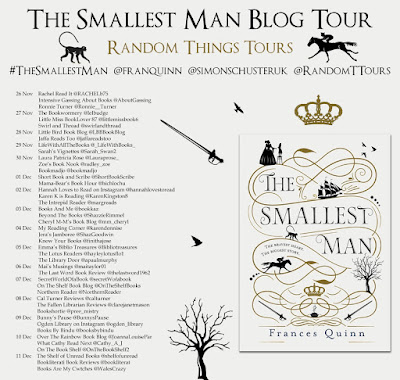