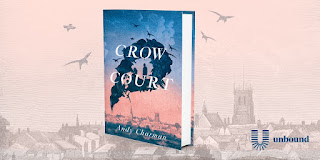 Delighted to be sharing my thoughts on CROW COURT today on the fabulous Blog Tour! My thanks to the author, publisher and Anne of  Random Things Tours for putting the tour together and letting me be part of it all! 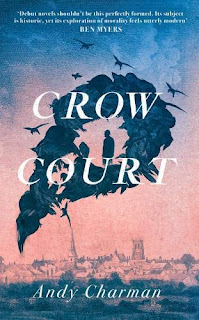 'Debut novels shouldn’t be this perfectly formed. Its subject is historic, yet its exploration of morality feels utterly modern. A rarity in historical fiction: it truly places you in the here and now of a world once removed. Crow Court already looks, feels and smells like a classic’ - Ben Myers, author of The Gallows Pole and The Offing
'Inventive, original and deeply moving. There is a warmth and humanity, an acceptance of the vagaries and challenges of life' - Alice Jolly, author of Mary Anne Sate, Imbecile

Unbound’s lead fiction title for 2021: a stunning debut from a breathtakingly assured new voice in fiction Spring, 1840. In the Dorset market town of Wimborne Minster, a young choirboy drowns himself. Soon after, the choirmaster—a belligerent man with a vicious reputation—is found murdered, in a discovery tainted as much by relief as it is by suspicion. The gaze of the magistrates falls on four local men, whose decisions will reverberate through the community for years to come.
So begins the chronicle of Crow Court, unravelling over fourteen delicately interwoven episodes, the town of Wimborne their backdrop: a young gentleman and his groom run off to join the army; a sleepwalking cordwainer wakes on his wife’s grave; desperate farmhands emigrate. We meet the composer with writer’s block; the smuggler; a troupe of actors down from London; and old Art Pugh, whose impoverished life has made him hard to amuse. Meanwhile, justice waits…
‘A confident and exciting debut: exactly observed, densely textured and richly flavoured, Crow Court is throbbing with life' - Rick Gekoski, author of Darke
‘This clever narrative is both page-turning and original - an innovative and beautifully-written historical novel that features an array of diverse characters and voices from its vividly-realised Dorset setting' - Jane Harris, author of Sugar Money
'A gripping mystery, beautifully teased out over several decades, full of intrigue and ambiguity' - Andy Hamilton, author of Longhand
Published by UNBOUND
PURCHASE LINKS
hive.co.uk
blackwell's 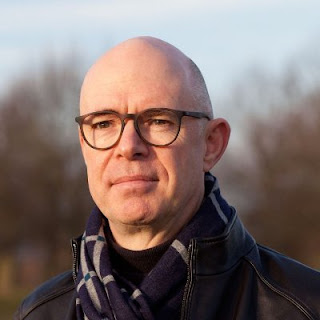 About the author:
Andy Charman was born in Dorset and grew up near Wimborne Minster, where Crow Court is set. His short stories have appeared in various anthologies and magazines, including Pangea and Cadenza. Crow Court is his first novel, which he worked on at the Arvon course at The Hurst in Shropshire in 2018. Andy lives in Surrey and is available for interview, comment and events.

MY REVIEW
I was drawn to this book because of the links to Wimbourne, a place where I spent many happy holidays as a child, and it was brilliant to be transported back in time for this 'history mystery' that had me anxiously turning the pages to see how things would pan out for all the characters.  And it was a novel experience not to be having much sympathy for the choirmaster victim!! His death shook the local community albeit tinged with relief, but as the story evolves and widens you see behind the facade and the beliefs, and get the reality of someone abusing their power but people keeping quiet about it.
When a choirboy drowns in Wimbourne, nobody has any idea of the chain of events that  his death will lead to.  But the whispers begin and we get to see various stories of local characters who are linked with the tragedy and how the gossip affects them and their behaviour.
The story is told in such a way that you get a real feel for the history of the times - the goings on, the way of life and the local dialect used, which has a handy glossary at the back of the book so you can understand phrase used a little more!
There are many secrets being kept and many 'naysayers' who won't even entertain the idea that the claims about the choirmaster and his 'indiscretions' - even as a reader, you are really left doubting the rumours at times, and struggle to pin down the accused as they all have seemingly good stories behind them!  So what really did happen that night?!  There's always more to the story than meets the eye!
I really loved the pace of this story.  The language did take some getting used to, but once I was accustomed to it I really felt that I was on the fly on the wall watching the crime being solved in front of me.  The different storylines are woven together very carefully and link brilliantly together! An impressive debut!
★★★★★ 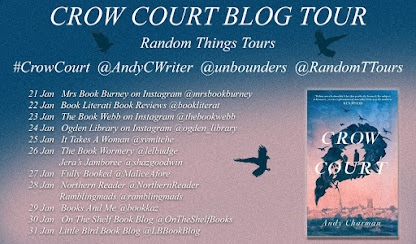