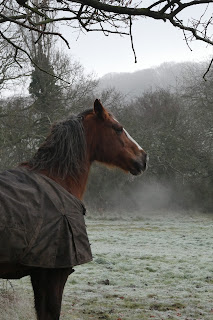 Hello!! Happy New Year!! What will this year have in store for us I wonder?? I'm seriously considering locking myself away for 12 months with books - sounds like a safer plan than venturing out into the mad world!!
As for all things bookish, it's been a very slow end to the year reading wise! No surprise! So this week I've finished 0 books!!! And I've also stayed away from Netgalley so there is an upside!!! The downside(!) was getting gift vouchers from Santa and friends so that meant a few books have arrived this week! And no, Santa didn't bring me a new bookcase so I'm still in need of new ideas for book storage!!
So this week, my look back is really a bookhaul/bookpost post!!  Never a bad thing!! 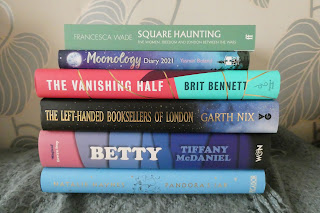 SQUARE HAUNTING by FRANCESCA WADE
Mecklenburgh Square, on the radical fringes of interwar Bloomsbury, was home to activists, experimenters and revolutionaries; among them were the modernist poet H. D., detective novelist Dorothy L. Sayers, classicist Jane Harrison, economic historian Eileen Power, and writer and publisher Virginia Woolf. They each alighted there seeking a space where they could live, love and, above all, work independently.Francesca Wade's spellbinding group biography explores how these trailblazing women pushed the boundaries of literature, scholarship, and social norms, forging careers that would have been impossible without these rooms of their own.

THE VANISHING HALF by BRIT BENNETT

From the New York Times-bestselling author of The Mothers, a stunning new novel about twin sisters, inseparable as children, who ultimately choose to live in two very different worlds, one black and one white.The Vignes twin sisters will always be identical. But after growing up together in a small, southern black community and running away at age sixteen, it's not just the shape of their daily lives that is different as adults, it's everything: their families, their communities, their racial identities. Ten years later, one sister lives with her black daughter in the same southern town she once tried to escape. The other secretly passes for white, and her white husband knows nothing of her past. Still, even separated by so many miles and just as many lies, the fates of the twins remain intertwined. What will happen to the next generation, when their own daughters' storylines intersect?Weaving together multiple strands and generations of this family, from the deep South to California, from the 1950s to the 1990s, Brit Bennett produces a story that is at once a riveting, emotional family story and a brilliant exploration of the American history of passing. Looking well beyond issues of race, The Vanishing Half considers the lasting influence of the past as it shapes a person's decisions, desires, and expectations, and explores some of the multiple reasons and realms in which people sometimes feel pulled to live as something other than their origins.

THE LEFT-HANDED BOOKSELLERS OF LONDON by GARTH NIX

In a slightly alternate London in 1983, Susan Arkshaw is looking for her father, a man she has never met. Crime boss Frank Thringley might be able to help her, but Susan doesn't get time to ask Frank any questions before he is turned to dust by the prick of a silver hatpin in the hands of the outrageously attractive Merlin.Merlin is a young left-handed bookseller (one of the fighting ones), who with the right-handed booksellers (the intellectual ones), are an extended family of magical beings who police the mythic and legendary Old World when it intrudes on the modern world, in addition to running several bookshops.Susan's search for her father begins with her mother's possibly misremembered or misspelt surnames, a reading room ticket, and a silver cigarette case engraved with something that might be a coat of arms.Merlin has a quest of his own, to find the Old World entity who used ordinary criminals to kill his mother. As he and his sister, the right-handed bookseller Vivien, tread in the path of a botched or covered-up police investigation from years past, they find this quest strangely overlaps with Susan's. Who or what was her father? Susan, Merlin, and Vivien must find out, as the Old World erupts dangerously into the New.

A stunning, lyrical novel set in the rolling foothills of the Appalachians in which a young girl discovers stark truths that will haunt her for the rest of her life."A girl comes of age against the knife."So begins the story of Betty Carpenter. Born in a bathtub in 1954 to a Cherokee father and white mother, Betty is the sixth of eight siblings. The world they inhabit is one of poverty and violence--both from outside the family, and also, devastatingly, from within. The lush landscape, rich with birdsong, wild fruit, and blazing stars, becomes a kind of refuge for Betty, but when her family's darkest secrets are brought to light, she has no choice but to reckon with the brutal history hiding in the hills, as well as the heart-wrenching cruelties and incredible characters she encounters in her rural town of Breathed, Ohio.But despite the hardship she faces, Betty is resilient. Her curiosity about the natural world, her fierce love for her sisters, and her father's brilliant stories are kindling for the fire of her own imagination, and in the face of all she bears witness to, Betty discovers an escape: she begins to write. She recounts the horrors of her family's past and present with pen and paper and buries them deep in the dirt--moments that has stung her so deeply, she could not tell them, until now.

The Greek myths are one of the most important cultural foundation-stones of the modern world.Stories of gods and monsters are the mainstay of epic poetry and Greek tragedy, from Homer to Virgil to from Aeschylus to Sophocles and Euripides. And still, today, a wealth of novels, plays and films draw their inspiration from stories first told almost three thousand years ago. But modern tellers of Greek myth have usually been men, and have routinely shown little interest in telling women’s stories.Now, in Pandora’s Jar, Natalie Haynes – broadcaster, writer and passionate classicist – redresses this imbalance. Taking Greek creation myths as her starting point and then retelling the four great mythic sagas: the Trojan War, the Royal House of Thebes, Jason and the Argonauts, Heracles, she puts the female characters on equal footing with their menfolk. The result is a vivid and powerful account of the deeds – and misdeeds - of Hera, Aphrodite, Athene and Circe. And away from the goddesses of Mount Olympus it is Helen, Clytemnestra, Jocasta, Antigone and Medea who sing from these pages, not Paris, Agamemnon, Orestes or Jason.

MOONOLOGY DIARY 2021 by YASMIN BOLAND
Some of the most intense astrology we've seen for a while is coming our way in 2021. It's the year of the Great Conjunction, a huge event in the astrological calendar and the perfect time to make big shifts, break free of whatever has been holding you back and create some real magic in your life.In this diary, you'll discover:· how to work with the rare energies of 2021· all the details of the key lunar events of this year· how the four eclipses, four Super Moons and one Blue Moon will affect you· powerful affirmations and guidance about harnessing the possibilities at each New and Full MoonThis diary is your compass to navigate this year of big breakthroughs, consciously and intentionally. With the magical Moon as your guide, you can push through any obstacle, achieve your goals and manifest a life of joy!

ONE SECRET SUMMER by LESLEY LOKKO 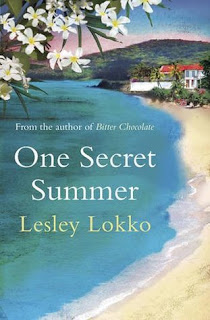