Delighted to be with you today to share my review for the forthcoming release of NICK by MICHAEL FARRIS SMITH.  My thanks to the author and the publishers for letting me be part of this wonderful Blog Tour, and I hope you're just as excited for the release of this book as I am!
ABOUT THE BOOK 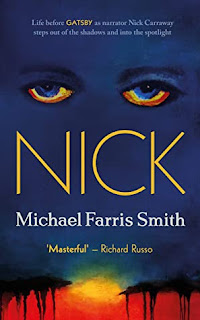 This rich and imaginative novel from critically acclaimed author Michael Farris Smith breathes new life into a character that many know only from the periphery.
Before Nick Carraway moved to West Egg and into Gatsby’s world, he was at the centre of a very different story – one taking place along the trenches and deep within the tunnels of World War I. Floundering in the wake of the destruction he witnessed first-hand, Nick embarks on a redemptive journey that takes him from a whirlwind Paris romance – doomed from the very beginning – to the dizzying frenzy of New Orleans, rife with its own flavour of debauchery and violence.
An epic portrait of a truly singular era and a sweeping, romantic story of self-discovery, this rich and imaginative novel breathes new life into a character that many know only from the periphery. Charged with enough alcohol, heartbreak, and profound yearning to transfix even the heartiest of golden age scribes, Nick reveals the man behind the narrator who has captivated readers for decades.
‘NICK is so pitch-perfect, so rich in character and action, so remarkable a combination of elegance and passion, so striking in felt originality that I am almost tempted to say – book gods forgive me – that The Great Gatsby will forever feel like NICK’s splendid but somewhat paler sequel. Almost tempted to say. But I have no intention of taking back the sincere passing thought of it. Michael Farris Smith’s book is that good’ Robert Olen Butler
2021 WILL MARK 125TH ANNIVERSARY OF F. SCOTT FITZGERALD’S BIRTH
PUBLISHED BY No Exit Press
PRE-ORDER LINKS
Publisher Website
hive.co.uk
blackwell's 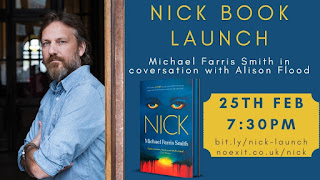 On release day itself, there will be a virtal book launch that you're all invited to! And it's free!! Just click on the link below and get yourself signed up! Look forward to seeing you there!!
Book Launch Sign Up
MY REVIEW
Ever wondered about a character in a book and their life before that story came to be?!  Well in this stunning story, the character of Nick, of whom we learn so little about in The Great Gatsby as he's there to talk about others, is pushed to the fore and what a story he has to tell of his own!!
This explores the life of Nick Carraway before he came to be the narrator in the world of West Egg and Gatsby.  And it sees him in the trenches in World War I and how that whole experience shapes the young men sent to fight.  The sights they had to witness, the decisions they had to make in the name of war, and how that affected their mind and outlook on life.
Life in the trenches is portrayed in stark brutality here, which really just gets you.  The despair, the pointlessness, the horror witnessed day in and day out. Would today be their last day? And they'd get brief respites with leave when Nick would wander the streets of Paris desperate to find some normality, some meaning - some hope to cling on to.  He feels so disconnected from the world he finds himself living in and that feeling continues with him when he returns to the United States, as prohibition time begins.
The nightmares don't stop for him and I found his journey to be so harrowing.  He was just looking for a connection with something or someone so he'd find himself staying in various places, becoming involved in the drama of other people and never really feeling a peace.
Reading this has made me want to relive the Great Gatsby experience, and I think the author has done an amazing job of giving this character the backstory he deserves!
★★★★★ 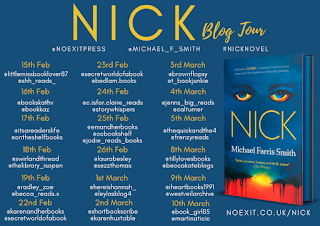