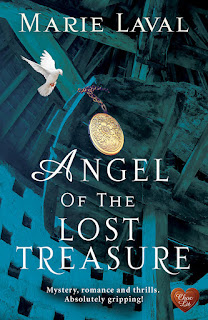 A huge delight to welcome Marie Laval to the Blog today to share some thoughts behind her book ANGEL OF THE LOST TREASURE which celebrates publication day TODAY!!!
Over to you Marie......

ANGEL OF THE LOST TREASURE – Fact or Fiction?

There can’t be anything more fascinating for me to write about than eternal life, secret societies and lost Knight Templar treasures… and of course romance between a brave heroine confronted to dark, sinister forces and a gorgeous hero torn between his heart and his ambition.

I loved every minute of writing and researching ANGEL OF THE LOST TREASURE, my historical romance published by Choc Lit on February 23rd, and I hope readers will love the story too.

The novel is set in early nineteenth century France, mostly in and around Lyon and the Beaujolais region, and some readers may be surprised to learn that most of the story is actually based on facts. 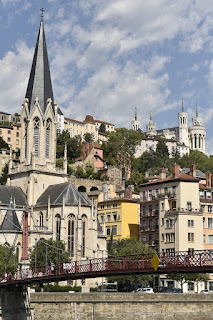 For example the ‘Société Angélique’, which existed in Lyon from the Middle Ages onwards, included well-known members such as artist Poussin and writers Rabelais and George Sand who genuinely believed that they could work out a way of communicating with angels, incredible as this may seem.

The elusive and very mysterious Count Saint-Germain is the heroine’s godfather and a central figure in the novel although he never actually puts in an appearance. He is a man who has puzzled and fascinated many over the centuries. Some claimed he was the illegitimate son of European royals, others that he was a spy and a conman; some believed that he was an alchemist and a Rosicrucian who had mastered the secrets of eternal life, others that he was only a charlatan. In his correspondence with Frederick the Great of Prussia, Voltaire called him ‘Der Wundermann’ and said that he was ‘a man who knows everything and who never dies’ (although the philosopher being known for his irony, we can presume that he was joking). 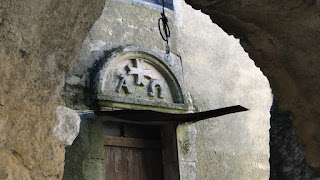 The story features locations such as the village of Malleval in the Pilat region near Lyon which is a wild place I would love to visit one day, now that it’s no longer the lair of the ruthless bandits who used to live there. And of course I would also love to explore the old chateau of Arginy, which has for centuries been linked to the lost Knight Templars treasure. As for Lyon, my hometown, it is a beautiful city with many secrets and links to the occult, and I cannot wait to return once it is safe to do so and travel restrictions are lifted.

An ancient secret hidden within a mother’s song ...

When young widow, Marie-Ange Norton is invited to Beauregard in France by the mysterious Monsieur Malleval to collect an inheritance, she has no choice but to accept.

But when she embarks on the voyage with her fiery-tempered travelling companion Capitaine Hugo Saintclair, little does she know what waits for her across the sea in turbulent nineteenth-century France on the eve of Napoleon’s return from exile.

When she arrives, she is taken aback by Malleval’s fascination with her family – seemingly inspired by his belief they are connected to a sacred relic he’s read about in coded manuscripts by the Knights Templar.

As it becomes clear that Malleval’s obsession has driven him to madness, Marie-Ange is horrified to realise she is more the man’s prisoner than his guest. Not only that, but Hugo is the only person who might be able to help her, and he could represent a different kind of danger ... 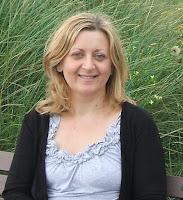 Originally from Lyon in France, Marie has lived in the Rossendale Valley in Lancashire for the past few years. She writes both contemporary and historical romance. Her novels are published by Choc Lit and include best selling contemporary romantic suspense novels LITTLE PINK TAXI and ESCAPE TO THE LITTLE CHATEAU, shortlisted for the Jackie Collins Romantic Suspense category of the 2021 RNA Awards, as well as A PARIS FAIRY TALE and BLUEBELL'S CHRISTMAS MAGIC. Her latest novel, ANGEL OF THE LOST TREASURE, will be released in February 2021.

Marie also contributes to the best selling Miss Moonshine's Emporium anthologies together with eight author friends from Yorkshire and Lancashire. You can get in touch with Marie on https://www.facebook.com/marie.laval.9/ and https://twitter.com/MarieLaval1