Delighted to be part of the Blog Tour today for OLD BONES by HELEN KITSON. My thanks to the author, publisher and Emma of Damp Pebbles Blog Tours for putting this all together and letting me be part of it all! 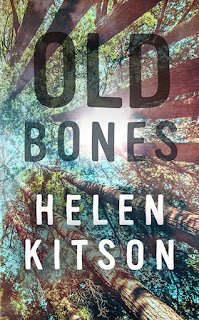 Diana and her sister Antonia are house-sharing spinsters who have never got over their respective first loves. Diana owns a gift shop, but rarely works there. Antonia is unemployed, having lost her teaching job at an all girls’ school following a shocking outburst in the classroom after enduring years of torment. Diana is a regular at the local library, Antonia enjoys her “nice” magazines, and they treat themselves to coffee and cake once a week in the village café. Naomi lives alone, haunted by the failure of her two marriages. She works in the library, doesn’t get on with her younger colleagues, and rarely cooks herself a proper meal. Secretly she longs for a Boden frock.

When a body is discovered in the local quarry, all three women’s lives are turned upside down. And when Diana’s old flame Gill turns up unexpectedly, tensions finally spill over and threaten to destroy the outwardly peaceful lives all three women have carefully constructed around themselves.

Helen takes us back to the fictional Shropshire village of Morevale in this, her brilliant second novel which exposes the fragilities and strengths of three remarkably unremarkable elderly women. 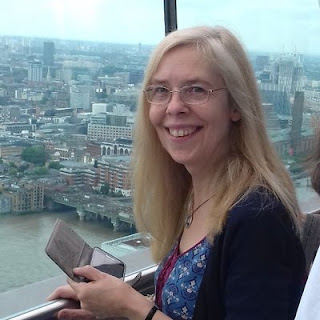 Helen lives in Worcester with her husband, two teenaged children and two rescue cats. Her first poetry collection was nominated for the Forward Best First Collection Prize. She has published three other poetry collections and her short fiction has appeared in magazines including Ambit, Feminist Review and Stand. She holds a BA (Hons) in Humanities.

Helen's debut novel The Last Words of Madeleine Anderson was published in March 2019. Her second "Morevale" novel, Old Bones, will be published on 16 January 2021.

What is it about the 'quiet' characters that just make them so fascinating and appealing to read about?! We have 3 female characters in this book who grab your attention in the way they look at the world, the way they interact with each other and those around them, and prove the adage that you should never judge a book by its' cover - on the outside these women  are seemingly living a very peaceful, monotonous life, but scratch the surface and there's so much to be found out!

A body discovered in the local quarry brings them all together.  Diana and Antonia are spinster sisters - they have their own beefs with the world, and both seem never to have recovered from their first loves.  Naomi lives alone and works in the local library, so she gets to know people through contact there.

They all seem to live with the mantra of 'suffer in silence'!  They live in their heads too much, playing back past regrets, and you'll have moments when you want to shake them into action! But there's something settled about the way they deal with life. But sometimes ignoring the problem doesn't make it go away.

I was enthralled with the story as it played out. The mystery of the identity man in the quarry, the secrets from the past that begin to reveal themselves, and the impact it has on the relationships of these women. One of those books that quietly lures you in and doesn't let go of you easily!