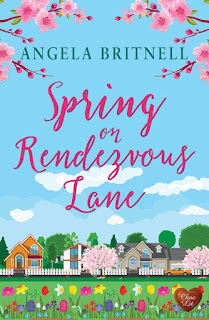 A huge delight today to be able to welcome ANGELA BRITNELL to my blog today to help celebrate publication day for SPRING ON RENDEVOUZ LANE!
Over to you Angela.......

Thank you so much for inviting me over to say hello on publication day! I’m known for my trans-Atlantic romances and although Spring on Rendezvous Lane can loosely be called one, this time my main characters would struggle to say where they were ‘from’ in the traditional sense. Sandy and Taran both have something in common with President Obama – they’re all what’s known as ‘Third Culture Kids’, or TCK’s. Here is how Sandy describes a TCK:

‘The simple definition is having parents from two different cultures but being raised in another, or multiple others in most cases. President Obama is the most famous one. American mother. Kenyan father. Grew up primarily in Indonesia and Hawaii.’

Sandy usually calls herself a military brat and lived in various countries growing up with her American serviceman father and German mother. Taran’s mother is American and his father, who worked for oil companies around the world, is half Italian/half Polish.

‘Home’ becomes a four-letter-word in their relationship because she’s working hard to make a settled life for her young son, very different from her own childhood whereas Taran has gone in the completely opposite direction.

‘In his view there was too much world out there to be confined to one spot and the same applied to people.’

Whether they can or even want to find a middle ground is the big question.

Ignoring the present pandemic, and wouldn’t we all like to do that?, our world has become smaller in many ways and so the number of TCK’s is growing. Officially, my oldest son was one for a short time because I’m English and my husband is American and Stephen was born in Naples, Italy and we lived in Sicily until just after his first birthday. It was really

interesting writing this book to explore such a fascinating aspect of how the choices parents make can affect their children, often for a lifetime.

I’ll leave you now and hop you enjoy reading Sandy and Taran’s story as much as I enjoyed writing it!

Can even the most seasoned traveller find a home on Rendezvous Lane?

‘Community spirit’ is not a phrase in travel junkie Taran Rossi’s vocabulary. As a former ‘third culture kid’ and now spicy street food connoisseur and social media influencer, he’s never really stayed in one place long enough to feel part of a community. And that’s just the way he likes it.

But a springtime stint house sitting for his grandmother on Rendezvous Lane in East Nashville could lead to a long overdue wake-up call. With the help of single mum Sandy Warner and her young son Chip, can Taran come to understand that sometimes it’s not about the place – it’s about the people? 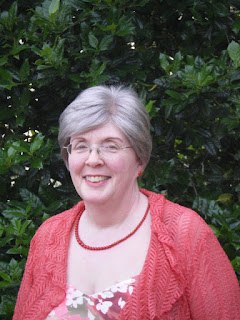 Angela was born in St. Stephen, Cornwall, England. After completing her A-Levels she worked as a Naval Secretary. She met her husband, a US Naval Flight Officer while being based at a small NATO Headquarters on the Jutland Peninsula in Denmark. They lived together in

Angela took a creative writing course in 2000 and loved it so much that she has barely put her pen down since. She has had short stories and novels published in the US. Her novel Sugar & Spice, won Choc Lit’s Search for an American Star competition and was her UK debut.