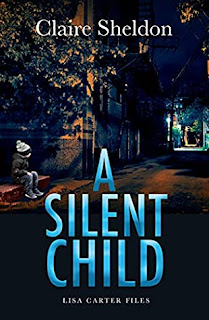 ABOUT THE BOOK
The streets are no place for a child ...
After a traumatic event that almost ripped Jen Garner’s family apart, life is finally starting to get back to normal.
Then a woman’s body is found in the river. Shortly afterwards, a young boy is discovered wandering the streets. He refuses to speak to anyone, just repeats one name over and over, to the confusion of most of the local authorities –but Jen knows exactly who he’s asking for, and it’s enough to make her blood run cold ...
PUBLISHED BY RUBY FICTION
PURCHASE LINKS

A pulsating and engrossing addition to the Lisa Carter series - it can be easily read as a standalone, but with the background of Lisa/Jen explained more in book 1, I'd highly recommend reading Perfect Lie as well! And you'll want to once you've read this as the author has created such a brutal and engaging series that takes you down the darker paths of life, dealing with repugnant characters and setting up situations that you wonder how you'd deal with them if you were ever unlucky enough to be caught up in them!When a small boy is found wandering the streets repeating just one name, and a woman's body is discovered in a river, you know you're in for a story that is going to grab you and you won't be disappointed! There are so many intriguing angles to the stories within this story that your head will spin!!Jen/Lisa has patched things up with her husband and domestic life is returning to normality, as normal as it can be in her line of work! Detective Chris Jackson soon gets in touch though for her help in this case, and her husband starts to fear the worst again for their relationship.The story of the murdered woman was horrific to hear - she was doing what she could to protect her young son, but those around her were only interested in abusing her and using her for their own greed. There's a very seedy world out there and Jen/Lisa and Chris soon find themselves wrapped up in it to try and find some justice for the victim and her little boy.This is a book that will excite and sicken you in equal measures! Your attention is gripped on all fronts and I'm already eagerly anticipating the next installment of this series as the main characters are so strong and believable.