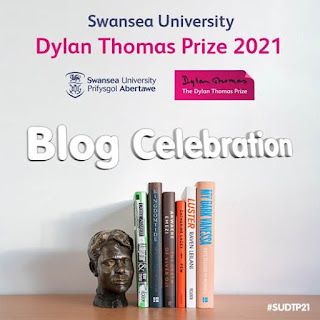 So excited to be sharing my review with you today, ahead of the announcement tomorrow of the winner of the Dylan Thomas Prize 2021 - https://www.swansea.ac.uk/dylan-thomas-prize/  Click the link to see the other books in the running and for more details!  And if you want to watch the ceremony live, Thursday 13th May at 7pm then click here...https://www.swansea.ac.uk/dylan-thomas-prize/award-ceremony-2021/
My thanks to the team at Midas PR for letting me be part of it all!
Of the books shortlisted, I was lucky to review My Dark Vanessa by Kate Elizabeth Russell so here's my thoughts on such an explosive and shocking story! 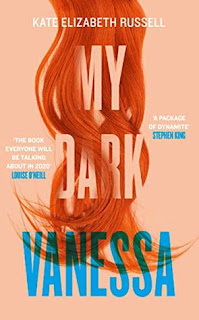 Vanessa Wye was fifteen years old when she first had sex with her English teacher.

She is now thirty-two and in the storm of allegations against powerful men in 2017, the teacher, Jacob Strane, has just been accused of sexual abuse by another former student.

Vanessa is horrified by this news, because she is quite certain that the relationship she had with Strane wasn't abuse. It was love. She's sure of that.

Forced to rethink her past, to revisit everything that happened, Vanessa has to redefine the great love story of her life – her great sexual awakening – as rape. Now she must deal with the possibility that she might be a victim, and just one of many.

Nuanced, uncomfortable, bold and powerful, and as riveting as it is disturbing, My Dark Vanessa goes straight to the heart of some of the most complex issues our age is grappling with.

Wow! Where to start?! If you are looking for a book that's a nice easy read, then this is NOT that book!! But it is a book that fits perfectly with the times we live in and despite the uncomfortable subject that will leave you feeling shocked and creeped out, it's a story that you can't help but become involved in as I found myself shouting out in despair at Vanessa with the situations she put herself in......

At the heart of the story is a teacher abusing the trust of his student - in this case, it's 15 year old Vanessa.  She's completely taken in with her teacher as he shows her attention, he notices her! And in a world where she feels invisible that's a very powerful thing for a young girl.  He plays on her insecurities and she's too young to understand the inappropriate way he's behaving.  For her it's her first real encounter with 'love' - there's nothing inappropriate about finding someone you connect with..... age is just a number.... he's her soul mate.....  he makes her feel special......

The story is told over 2 different times - back at school when this relationship begins and how it makes Vanessa feel, and the emotional abuse that we witness her teacher, Jacob, use to justify his comments and the time they spend together.  And then we see Vanessa in her 30's, and how the past has affected her and what happens when the past catches up with her as he gets back in touch as there are rumours threatening him as another girl makes claims against his behaviour.

When a journalist gets in touch with the older Vanessa, she starts to think back over the relationship she shared with Jacob back then and I found it fascinating to see how she begins to see things a little differently as she looks back over things, and listens to others who may have shared similar experiences with the sleazy teacher! But there's always that part of her that finds ways to justify his behaviour and makes excuses for it.

It's one of those books that stops you in your tracks as you just can't stop thinking about the characters, and knowing that there are people like in reality just makes your skin shudder. It was also fascinating to see how Jacob would play the 'victim' role himself... he gets clingy, gets her to say really creepy things - thus transferring the issue to Vanessa making it seem like it was her making him behave this way.

An outstanding story that isn't afraid to confront the darker side of life and relationships - brilliant!