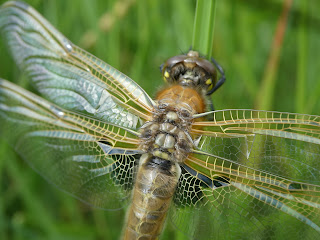 Hello all! Happy Saturday! And the sun keeps on shining!! I'm trying not to complain about the heat.... BUT a few clouds would be nice haha!  My ice lolly supply in the freezer is disappearing fast!
On to books, and it's been a more normal reading week for me with 3 books finished!  And i've been fairly restrained on the bookhaul front - just 1 from Netgalley, a lovely book for review, and 2 books from Goldsboro that I treated myself to!
Here's my look back..
BOOKS FINISHED
RECIPE FOR MR RIGHT by ANNI ROSE - 5 STARS 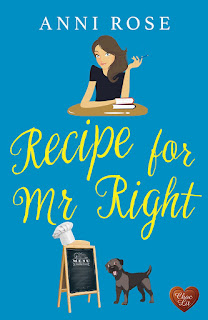 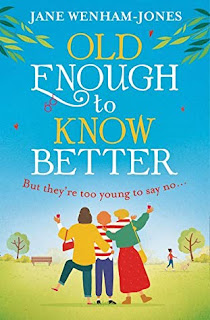 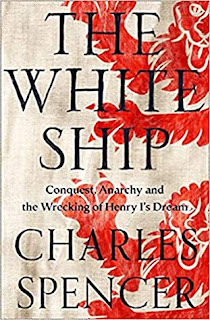 BOOKHAUL
Starting with Netgalley as always...
HOPE AND HAPPINESS IN BLUEBELL WOOD by ALI McNAMARA
out July 2021 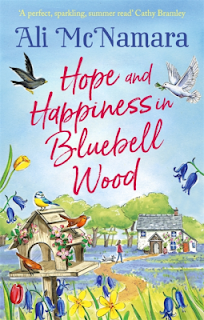 Welcome to Bluebell Wood where the sun shines, the locals are kind and there's something more than a little bit magical about the place.Ava loves city life but when something happens to make her feel unsafe, she retreats to the calm and quiet of Bluebell Wood. The once high-flying Ava now locks herself away in her fairy-tale cottage, only leaving to explore the trails of the nearby woods or to potter in the garden with her dog, Merlin.When Ava begins to feed the wild birds that flock to her bird table, they start leaving her trinkets of appreciation in return. The gifts seem innocent at first, but they soon take on a deeper meaning.It isn't until Ava meets Callum, the handsome parish priest, that she can't help but wonder if the birds might have been trying to get her out of the house all along. But will their curious behaviour help to heal Ava, and transform her and Callum into the lovebirds they clearly long to be?
And then the lovely folk at LITTLE TOLLER sent me this beauty for review...
WHERE? by SIMON MORETON 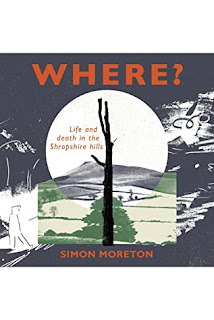 In 2017, Simon Moreton’s father fell suddenly ill and died. His death sent the author back to his childhood home in rural Shropshire trying to process his grief by revisiting his family’s time as transplants to the countryside. In a memoir that that combines prose, illustration, photos, archival texts, and more, WHERE? weaves a gentle story that slips and slides in time and geography, creating connections across geographies, histories, families, times, and circumstance all to answer the question – ‘where are you from?’
And then from Goldsboro I got these two...
DEAD GROUND by M.W.CRAVEN 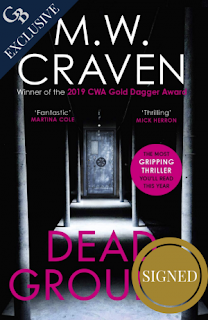 Detective Sergeant Washington Poe is in court, fighting eviction from his beloved and isolated croft, when he is summoned to a backstreet brothel in Carlisle where a man has been beaten to death with a baseball bat. Poe is confused - he hunts serial killers and this appears to be a straightforward murder-by-pimp - but his attendance was requested personally, by the kind of people who prefer to remain in the shadows.As Poe and the socially awkward programmer Tilly Bradshaw delve deeper into the case, they are faced with seemingly unanswerable questions: despite being heavily vetted for a high-profile job, why does nothing in the victim's background check out? Why was a small ornament left at the murder scene - and why did someone on the investigation team steal it? And what is the connection to a flawlessly executed bank heist three years earlier, a heist where nothing was taken...
THE GIRL WHO DIED by RAGNAR JONASSON 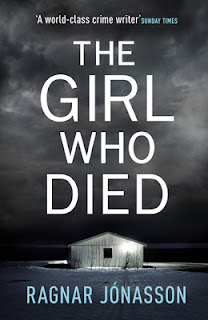 'Teacher wanted on the edge of the world...'Una is struggling to deal with her father's sudden, tragic suicide. She spends her nights drinking alone in Reykjavik, stricken with thoughts that she might one day follow in his footsteps.So when she sees an advert seeking a teacher for two girls in the tiny village of Skálar - population of ten - on the storm-battered north coast of the island, she sees it as a chance to escape.But once she arrives, Una quickly realises nothing in city life has prepared her for this. The villagers are unfriendly. The weather is bleak. And, from the creaky attic bedroom of the old house where she's living, she's convinced she hears the ghostly sound of singing.Una worries that she's losing her mind. And then, just before Christmas, there's a murder...

CURRENTLY READING
KILLERS OF THE KING by CHARLES SPENCER 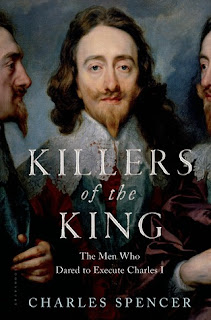