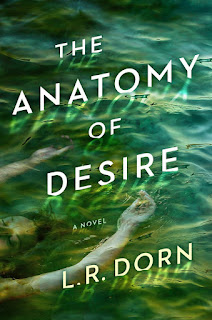 ABOUT THE BOOK
A modern tale of American striving, social media stardom, a fatal love triangle, and a young woman on trial for murder—a mesmerizing reimagining of Theodore Dreiser's classic novel of crime and punishment, An American Tragedy.Claire Griffith seems to have it all, a thriving career, a gorgeous, successful boyfriend, a glamorous circle of friends. She always knew she was destined for more than the life her deeply conservative parents preached to her. Arriving in Los Angeles as a flat broke teenager, she has risen to become a popular fitness coach and social media influencer. Having rebranded herself as Cleo Ray, she stands on the threshold of achieving her most cherished dreams.One summer day, Cleo and a young woman named Beck Alden set off in a canoe on a quiet, picture-perfect mountain lake. An hour later, Beck is found dead in the water, her face cut and bruised, and Cleo is missing. Authorities suspect foul play and news about Cleo’s involvement goes viral. Who was Beck and what was the nature of her and Cleo’s relationship? Was Beck an infatuated follower who took things too far? If Cleo is innocent, why did she run? Was it an accident? Or was it murder?As evidence of Cleo’s secret life surfaces, the world begins to see just how hard she strived to get to the top— and how fast and far the fall is from celebrity to infamy.L. R. Dorn’s reimagining of Theodore Dreiser’s novel, told in the form of a true crime docuseries a la Serial and The Jinx—with characters speaking through the “transcripts” of recorded interviews—The Anatomy of Desire exposes the ambition, sexual passion, and dark side of success that readers will find as achingly poignant as they did a century ago.
PUBLISHED BY ORION BOOKS
PURCHASE LINK
AMAZON
MY REVIEW
OOh this was a delicious read! It has it all! A real true crime feel, the impact of social media, tons of scandal and plenty of flawed characters!! I absolutely raced through it and didn't want it to end!Cleo is a fitness influencer! Living a seemingly charmed life online, all seems to be perfect in her world. That dream world soon becomes a nightmare when she is out in a canoe with a friend, the friend is later found dead and Cleo goes missing..... why did she run? What has she got to hide? What exactly did happen on that canoe?? You get to play along as you read trying to guess what did happen as it all plays out in the form of a true crime documentary and the book is based around the trial, alongside looking back at the build up to that day and what went on between Cleo and Rebecca.When Cleo is found in the woods and arrested, the whole world gets interested in the case. She's presumed guilty because she ran, and social media is a reflection of the clamour for this case and the trial to follow. But there's more to this story than meets the eye, so be prepared for plenty of twists and turns!The girls friendship, their families past, the current relationships - they are all explored and delved into via the trial. You really feel like you're watching it on Court TV as new revelations are thrown into the mix that make you change your mind as to where you think the guilt lies! Utterly absorbing!!
★★★★★
My thanks to Alainna Georgiou for my advanced reader copy in return for a fair and honest review.
Posted by Books and Me! at Thursday, July 22, 2021