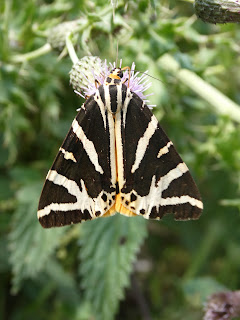 Hello and Happy Saturday! Happy to report that my 2nd jab went well so haven't been able to use that as an excuse for extra reading time this week! It does seem to have made me buy more books this week though so can't complain about that!!!  That's the kind of side effect I can cope with!!
I managed to finish 4 books this week, including 2 audiobooks, so still happy with that! And I steered well clear of Netgalley, but not of online bookshops where I bought 5 books, and got another 3 books for review/blog tours! Oops!
Here's my look back.
BOOKS FINISHED
ANIMAL by LISA TADDEO - 4 STARS 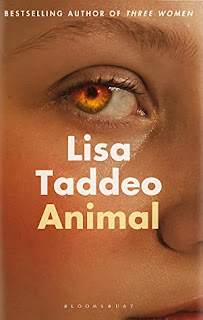 THE LAST BOOKSHOP IN LONDON by MADELINE MARTIN (AUDIOBOOK) - 3 STARS 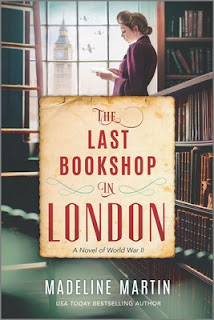 EDIE RICHTER IS NOT ALONE by REBECCA HANDLER (AUDIOBOOK) - 4 STARS 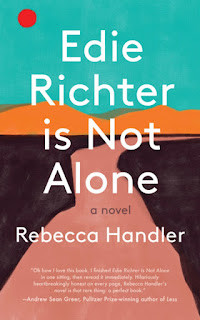 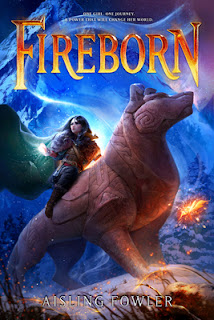 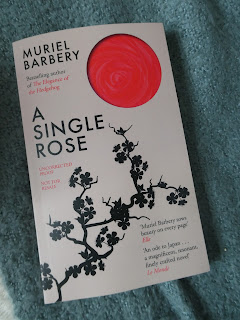 From the best-selling author of The Elegance of the Hedgehog comes a story about a woman's journey to discover the father she never knew and a love she never thought possible.Rose has just turned forty when she gets a call from a lawyer asking her to come to Kyoto for the reading of her estranged father's will. And so for the first time in her life she finds herself in Japan, where Paul, her father's assistant, is waiting to greet her.As Paul guides Rose along a mysterious itinerary designed by her deceased father, her bitterness and anger are soothed by the stones and the trees in the Zen gardens they move through. During their walks, Rose encounters acquaintances of her father--including a potter and poet, an old lady friend, his housekeeper and chauffeur--whose interactions help her to slowly begin to accept a part of herself that she has never before acknowledged.As the reading of the will gets closer, Rose's father finally, posthumously, opens his heart to his daughter, offering her a poignant understanding of his love and a way to accept all she has lost.
FOR YOUR OWN GOOD by SAMANTHA DOWNING
publication date - 19th August 2021 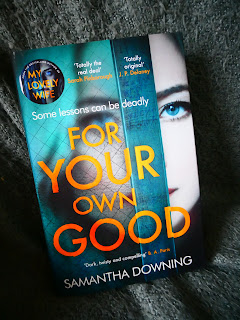 Teddy Crutcher won Teacher of the Year at the prestigious Belmont Academy. Everyone thinks he's brilliant.Only you know the truth.They all smile when he tells us his wife couldn't be more proud.But no-one has seen her in a while.They're impressed when he doesn't let anything distract him - even the tragic death of a school parent.Even when the whispers start, saying it was murder.You're sure Teddy is hiding something about what happened that day.You're sure you can prove it.But you didn't stop to think that when it comes to catching a killer, there's no place more dangerous than just one step behind . . .
THE END OF THE WORLD IS FLAT by SIMON EDGE
publication date - 16th August 2021 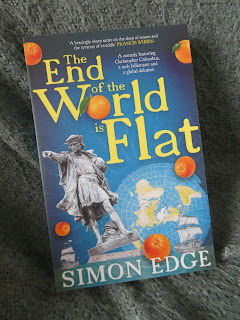 A satirical comedy featuring Christopher Columbus, a tech billionaire, and a global delusion. Mel Winterbourne is the founder of a small, single-issue charity in the obscure field of mapmaking. Its success in achieving modest aims attracts the attention of handsome tech billionaire Joey Talavera, who evicts Mel and hijacks her charity for his own ends: to convince the world that the earth is flat. Although his chances of doing so seem slim, Flat Earthery is an idea whose time has come. With the historical reputation of Christopher Columbus in free-fall, old-style ‘globularism’ becomes heretical for a new generation of angry, anti-Establishment free-thinkers. Teachers, politicians, and celebrities face ruin if they refuse to sign up to the new orthodoxy. For Mel, something must be done. Teaming up with a pariah tabloid journalist and a faded writer of gross-out movie comedies, she sets out to challenge Talavera and his deranged beliefs. Will history and the billionaire’s own family origins be their unexpected ally? Using his trademark mix of history and satire to poke fun at modern foibles, Simon Edge is at his razor-sharp best in a caper that may be much more relevant than you think.
NIGHTMARE ABBEY by THOMAS LOVE PEACOCK
published by Renard Press 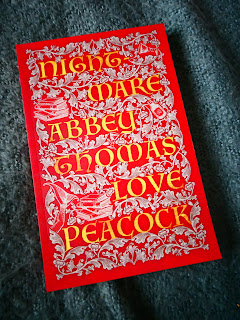 This 1818 novel is set in a former abbey whose owner, Christopher Glowry, is host to visitors who enjoy his hospitality and engage in endless debate. Among these guests are figures recognizable to Peacock's contemporaries, including characters based on Lord Byron and Samuel Taylor Coleridge. Mr. Glowry's son Scythrop (also modeled on a famous Romantic, Peacock's friend Percy Bysshe Shelley) locks himself up in a tower where he reads German tragedies and transcendental philosophy and develops a "passion for reforming the world." Disappointed in love, a sorrowful Scythrop decides the only thing to do is to commit suicide, but circumstances persuade him to instead follow his father in a love of misanthropy and Madeira. In addition to satire and comic romance, Nightmare Abbey presents a biting critique of the texts we view as central to British romanticism
And then SANDSTONE PRESS put out a little Twitter plea the other day saying they needed some sales to help them out - and the bookish world responded in the best way we know how! Shopping!!  Here's the little bundle I purchased!! 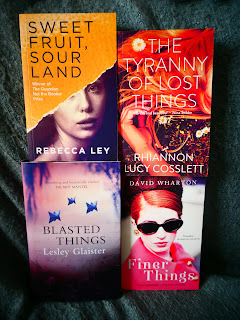 SWEET FRUIT, SOUR LAND by REBECCA LEY
Winner of the Not the Booker Prize 2018Shortlisted for the Betty Trask Prize 2019In the last circle of luxury in a barren London, government ministers hold glamorous parties. Mathilde and Jaminder, evading hunger and the restrictions on women’s bodies, form an unbreakable bond. But there’s a high price for pleasure and escape is far from easy.
THE TYRANNY OF LOST THINGS by RHIANNON LUCY COSSLETT
Two hot summers converge, twenty years apart, as Harmony returns to the North London house where she lived as a child with her bohemian parents. Like theirs, her days are hazed by drugs and sex and cheap wine. Nothing else is the same in Longhope Crescent, but it’s only here she can make sense of the anxiety and loss that plague her.
BLASTED THINGS by LUCY GLAISTER
1920: Britain is trying to forget the Great War. Clementine, who nursed at the front and suffered her own losses, must bury the past and settle for a life of middle class respectability. Then she meets Vincent, an opportunistic veteran whose damage goes much deeper than the painted tin mask he wears to face the world.Powerfully drawn together they enter a deadly relationship that careers towards a dark and haunting resolution.
FINER THINGS by DAVID WHARTON
London: 1963. The lives of a professional shoplifter and a young art student collide. Delia needs to atone for a terrible mistake; Tess is desperate to convince herself she really is an artist. Elsewhere in London, the Krays are on the rise and a gang war is in the offing.Tess’s relationship with her gay best friend grows unexpectedly complicated, and Delia falls for a man she’s been paid to betray.
CURRENTLY READING
HIDDEN SECRETS AT THE LITTLE VILLAGE CHURCH by TRACY REES 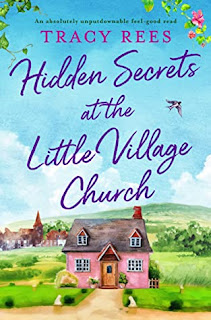