#BlogTour THE LION AND THE UNICORN by TOM WARD @RandomTTours #BookReview 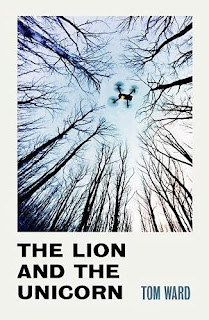 Delighted to be with you today to start off the Blog Tour for the fantastic THE LION AND THE UNICORN by TOM WARD.
My thanks to the author, publisher and Anne of Random Things Tours for putting the tour together and letting me be part of it all to share my thoughts!!
ABOUT THE BOOK
London, 2054. After a devastating global pandemic and a bloody revolution, Britain’s new government imposes peace by stringently dictating the nation’s cultural intake. In the quest to create better citizens, everything from the television we watch to the clothes we wear is strictly policed. As part of the unit tasked with upholding these so-called ‘Bad Taste Laws’, H. and his partner, Bagby, have their work cut out. When former reality TV star Caleb Jennings is found murdered, some suspect it could be a simple vigilante slaying. But, as H. digs deeper into the killing, Bagby’s association with old revolutionary figureheads is called into question. With the help of Caleb’s estranged sister, the museum curator Kate Faron, H. must navigate a Britain in which paranoia and suspicion of the unknown are rife, all the while dealing with the mysterious tech behemoth Vangelis, new revolutionary murmurings, and the legacy of Kate’s biologist parents. Compelled by what he uncovers, H. begins to question his loyalty to the state at a time when national stability couldn’t be more precarious.
PUBLISHED BY UNBOUND
PURCHASE LINK
AMAZON
ABOUT THE AUTHOR 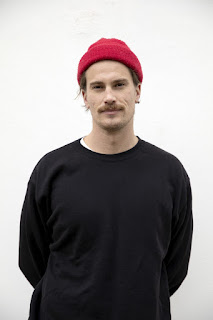 Tom Ward is an author and features writer, writing for publications including Wired, Esquire and National Geographic. He has won the GQ Norman Mailer Award, the PPA New Consumer Magazine Journalist of the Year Award, and has been shortlisted for The People's Book Prize. He is also a graduate of the Faber Academy.

MY REVIEW
Remember when we thought dystopian books were so far fetched that we couldn't imagine living in a world like that?!  Weirdly, after the past 18 months, I think we can believe anything can happen in this world we live in, and that's what made this story work so well for me!! It was plausible!! However insane it may seem, I'm sure there are people out there who would welcome the world that Tom Ward has created, where the government impose strict rules on how people live their lives.   From the clothes they wear, to the music they listen to... and this is a chilling look at such a world where the wishes of those in power are imposed on everyone else - all in the name of increasing the intellect of people and keeping them more engaged!
When a former reality TV star is found murdered, H and his partner Bagby are brought in to delve a little deeper, and what they find shocks them and makes them question who they're working for and why!
There was something more sinister behind the murder, than just a vigilante killing, and as they look into the past of Caleb and the truth is uncovered it becomes a race against time to find out who is involved, and who could be next.
I loved H as a character as he had a healthy cynicism about him! He did as he was told for work but would always go a little further to do his own research for his own peace of mind.  And with a partner like Bagby working with him, his job is never straight forward!  And the more he delves into the case, the more he is shocked by what he finds!
The story zips along at a fair old pace and I loved the subterfuge, the manipulation and the general feeling of fear of living in this world where you can be in danger for listening to the wrong kind of music, and wondering just who you can trust!!  It's a really thought provoking book and I really look forward to reading more from the author in the future
★★★★★ 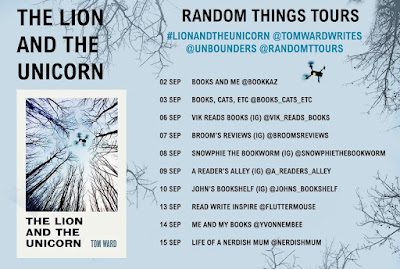