Delighted to be with you today on this wonderful Blog Tour for THE PRINCE OF THE SKIES by ANTONIO ITURBE.
My thanks to the author,publisher and Anne of Random Things Tours for putting the tour together and letting me be part of it to share my thoughts!
ABOUT THE BOOK 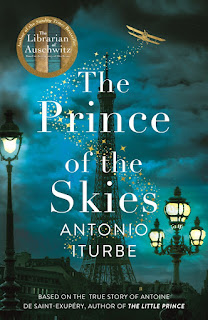 From the bestselling author of The Librarian of Auschwitz comes another captivating historical novel based on a true story – the extraordinary life and mysterious death of.

Only the best pilots are given jobs at Latécoère - the company destined to become Aéropostale. The successful candidates include Antoine de Saint-Exupéry. A man whose desire to fly will put him at odds with his aristocratic family and the girl who loves him – but who wants to keep him grounded. Together with his friends Jean and Henri, they will change the history of aviation and pioneer new mail routes across the world. But Antoine is also destined to touch the lives of millions of readers with his story The Little Prince.

But as war begins to threaten Europe, is Antoine’s greatest adventure yet to come . . .?

Translated by Lilit Žekulin Thwaites, this is a novel about love and friendship, war and heroism and the power of the written word. 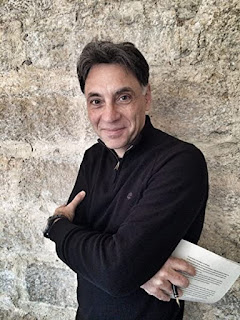 ANTONIO ITURBE was born in 1967 and grew up in the dock-side neighbourhood of Barceloneta, in Barcelona. His first novel The Librarian of Auschwitz was the number one selling book in translation in the UK last year. It has been translated into 30 languages and has sold over 600K copies internationally.

Having grown up reading Antoine de Saint-Exupéry’s books, Iturbe was inspired to write about the author’s extraordinary life. He conducted extensive research and, despite suffering from vertigo, even flew in a biplane so he would understand how it felt to fly. Iturbe hopes to translate not only the facts but also the poetry of Antoine de Saint-Exupéry’s writing in The Prince of the Skies.

Epic. Emotional. Thrilling!  Wow! What a read this has been!! I loved The Librarian of Auschwitz so have been so eager to read this book and it has not disappointed!

This is the story of the author of The Little Prince (another favourite read of mine!) and his story has all the elements needed for an astonishing story.  This is a man who was born to fly!  And his dreams came true but didn't run smoothly, and that adds to the drama throughout.

The author does a brilliant job of capturing the essence of a man who was completely driven in his quest to be in the skies.  He also showed how much writing meant to him, but flying was his true passion.  It charts his exploits from the beginning of his flying career - the good and bad! - alongside his personal life which was never the easiest.

Alongside his story, we also get the story of his 2 closest friends, Henri and Jean, and I loved how they were all such different characters but bonded over their love of flying. That's when they were all at their happiest!  It charts some very distressing, dark times for them all but there was always that hope in them that things would come right.  They flew all over the world, facing new challenges along the way but never being disheartened when all went wrong.

I got totally caught up with the lives of these men! It is one of those books that is full of adventure and action, but showed their real characters too when their feet were on the ground and the issues they faced both professionally and personally.  Their lives were anything but dull!!

A true delight to read! It is exhilarating, magical and  an incredible story! A must read and one of my books of 2021!! 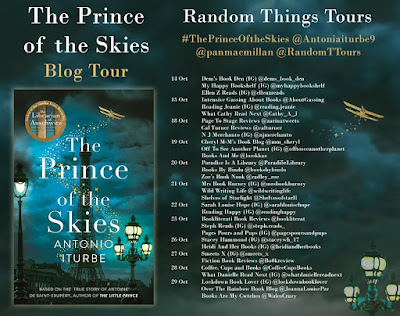