Delighted to be with you today as part of the Blog Tour for the fabulous THE ARCANE by ANDREW S.FRENCH! My thanks to the author, publisher and Rachel of Rachel's Random Resources for putting the tour together and letting me be part of it all! 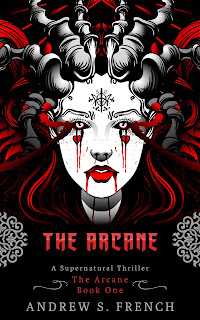 The Arcane
Orphaned science nerd and maths prodigy Alice Valentine wants to ace her studies. She's spent all her life struggling to make friends, passed between foster families and care homes, isolated and lonely. Losing herself in academia from an early age, she becomes the first sixteen-year-old at her local university. Her whole world changes, but nothing can prepare Alice for the night she's attacked by a werewolf.
But even that isn't as strange as discovering she has an identical twin sister, Cassie.
And Cassie kills werewolves. And all the other monsters Alice didn't believe existed.
Alice and Cassie set off to discover what happened to their parents, a journey that takes them from northern England to the edge of the apocalypse, unsure if they will save the world or destroy it.
Purchase Links
Amazon UK - https://www.amazon.co.uk/Arcane-1-Andrew-S-French/dp/1914308077
Amazon US - https://www.amazon.com/Arcane-1-Andrew-S-French/dp/1914308077
About the author. 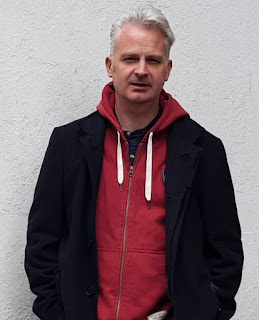 Andrew French is a man of no wealth and little taste. He lives amongst faded seaside glamour on the North East coast of England. He likes gin and cats but not together, new music and old movies, curry and ice cream. Slow bike rides and long walks to the pub are his usual exercise, as well as flicking through the pages of good books and the memoirs of bad people.
Social Media Links – Website, Twitter, Instagram, FB page
MY REVIEW
When a book is sold to me as Buffy meets Supernatural then I am IN!! And it doesn't disappoint and I'm eagerly awaiting the next in the series - a TV show would be nice too!!
Alice is an orphan and is a true science nerd/maths prodigy! She's always felt a bit different and isolated but academia is her thing and saved her and it's when she's at university aged 16, that life starts to take a different turn around her and she's attacked by a werewolf!  It's where she also finds out she has an identical sister, Cassie, who is well into the supernatural kind of world and this sets them off on a quest to find out more about the various creatures, along with their parents and to find out why they didn't know about each other before.
What follows is a rollercoaster ride of adventures and quests, and a variety of adversaries to overcome. I loved the mix of history and mythical creatures and it just made it so much fun to read as you never knew who they'd be facing next - Dracula? Medusa? Archangels?! They're all there and add to the Buffy/Supernatural feel which is probably why I enjoyed it so much!  I kept waiting for the Winchester brothers to appear!!
There's also time travel thrown in to the mix, and allows them to go back and find out more about their truth and the author has done a brilliant job of setting out a great backstory, alongside taking the story forward with things to look forward to in the next installment! Hurry up already and get Book 2 of the series out! I need to find out what happens to the girls next!!
★★★★ 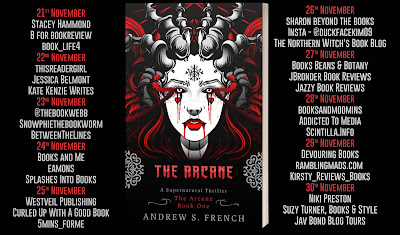