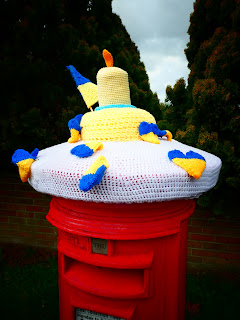 Hello! And Hello to another month!  Scary!! Especially with a big birthday on the way for me this month.... yep, 21 again!! Honest! 😉
On to books, a much less scary subject!  Another 3 books fiinished this week - thanks to the lovely weather last weekend! - so happy with that!  There may have also been a visit to Netgalley and some book shopping going on!! I tried to resist, but failed!
Here's my look back..
BOOKS FINISHED
KEEPING UP WITH THE KERSHAWS by HELEN BUCKLEY - 5 STARS 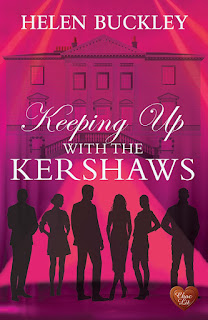 RAINBOWS END IN FERRY LANE MARKET by NICOLA MAY - 5 STARS 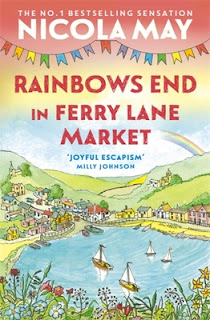 BOOKHAUL
starting over at Netgalley..
THE WITCH'S TREE by ELENA COLLINS
publication date - May 2022 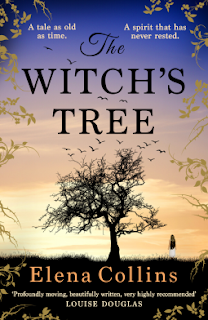 A tale as old as time. A spirit that has never rested.Present dayAs a love affair comes to an end, and with it her dreams for her future, artist Selena needs a retreat. The picture-postcard Sloe Cottage in the Somerset village of Ashcombe promises to be the perfect place to forget her problems, and Selena settles into her new home as spring arrives. But it isn’t long before Selena hears the past whispering to her. Sloe Cottage is keeping secrets which refuse to stay hidden.1682Grace Cotter longs for nothing more than a husband and family of her own. Content enough with her work on the farm, looking after her father, and learning the secrets of her grandmother Bett’s healing hands, nevertheless Grace still hopes for love. But these are dangerous times for dreamers, and rumours and gossip can be deadly. One mis-move and Grace’s fate looks set…Separated by three hundred years, two women are drawn together by a home bathed in blood and magic. Grace Cotter’s spirit needs to rest, and only Selena can help her now.
And from the wonderful team at Gallic Press, I received a copy to review...
THE SWIMMERS by CHLOE LANE
publication date - May 2022 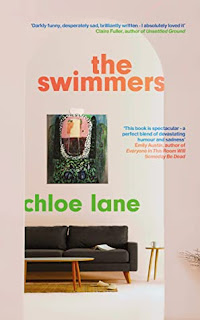 A sharp, quirky story of love and loss from a bold New Zealand talent.When an affair ends badly and her career in the arts implodes, 26-year-old Erin returns to lie low at the family farm with her chronically ill mother, and her aunt-turned-carer. She learns shortly before her arrival that her mother has decided to take matters into her own hands and end her life – the following Tuesday.Erin finds herself navigating an eccentric neighbourhood and her complicated family, as she prepares for the loss of a fiery, independent woman.A former competitive swimmer like her mother and aunt, Erin must find the strength to honour her mother’s final wishes and to reconcile their difficult relationship in the days they have left.
And from Renard Press, as part of my yearly subscription I received this..
THE BUSY-BODY by SUSANNA CENTLIVRE 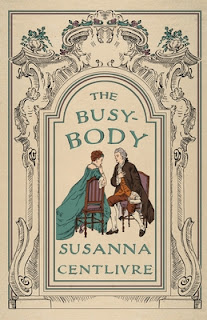 The Busybody is the most popular comedy by the eighteenth-century playwright Susanna Centlivre. The play centres on two couples trying to form a relationship against the wills of their guardians, and in a battle of wits, playing with many conventions from theatre traditions across the continent, a conclusion is eventually reached.Like her predecessor Aphra Behn, Centlivre was immensely successful in her day, drawing huge crowds to extended runs of her numerous plays, but the stabbing male pens of the nineteenth and twentieth centuries decried her work as being louche and dangerous, and her name slowly sunk into obscurity.This edition, published with William Hazlitt’s prefatory note and extra material on Centlivre’s life and writing, seeks to highlight the dexterity with which she took on the stage.
And the March Goldsboro Book Subscription copy is..
THE CARTOGRAPHERS by PENG SHEPHERD 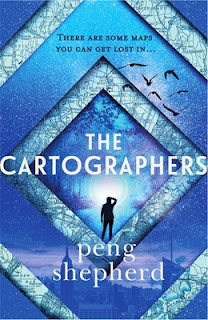 There are some maps you can lose yourself in...Nell Young has lived her life in and around maps. Her father, Dr. David Young, was one of the most respected cartographers in the world. But this morning he was found dead - or murdered? - in his office at the New York Public Library.Nell hadn't spoken to her father in years, ever since he fired her after an argument over a seemingly worthless highway roadside map. A map which was mass-produced - and every copy of which is now being found and destroyed. But why?To answer that question, Nell will embark on a dangerous journey into the heart of a conspiracy beyond belief, the secrets behind her family, and the true power that lies in maps . . .THE CARTOGRAPHERS is a story about Art and Science: where they meet, how they both enrich our lives, and how each defines the other. And it's a book about the mystery, history, and ineffable romance of maps.
And just one more purchase, this time from Salt...
NATURAL HISTORIES by EMILY HASLER 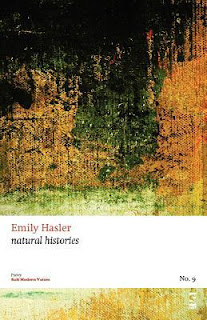 Nature is not so much the subject as an unavoidable force in these poems, providing space and fodder for meditations on our knowledge of self and other. Here, the small histories that complement or contradict grand narratives come to the fore. Hasler adopts the stance of the naturalist, seeking to observe and collect, but with the imagination working alongside the eye. Along the way these poems confront questions of naming and categorising, and ask how our environments and our past affect us, and we them. How did we become? Change and adaptation is the key here. The manner of investigation never shies away from the fact that nature can be both deeply personal and unfamiliar. Rather it embraces both of these aspects and uses them to construct its own narrative, one of shaping and discovery. Much like the subjects contained within them, poems have their own organic forms, adapted to purpose. It is this adaptation combined with precision and sentiment that give this debut force and vitality. 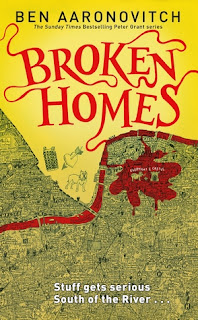